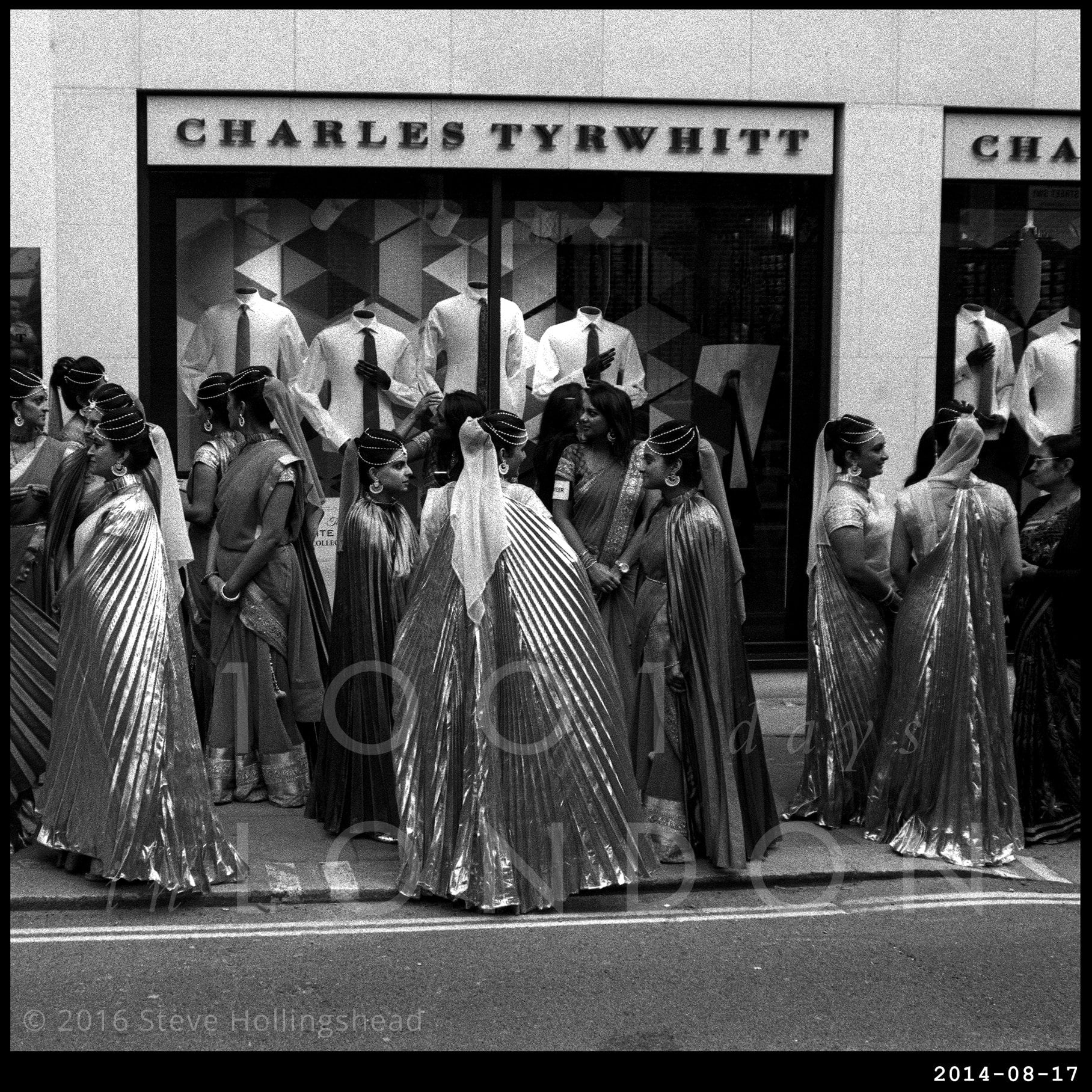 This may look somewhat incongruous: have gentlemen’s shirt specialists Charles Tyrwhitt recently launched a range of designer silk sarees? Or maybe there’s a sudden rage for floral printed jersey wrap tops amongst the Punjabi community of north London? Well, not yet in both circumstances, as you’ve probably guessed. These beautifully attired women are about to take part in a grand procession (‘Nagar Yatra’) through the West End as part of the opening celebration of a rather impressive new Hindu temple in Kingsbury.

It would seem odd that Jermyn Street – the place to go for the quintessentially English gentleman’s luxury items such as shaving requisites, hats, pipes and er… cheese, would host something as exotic as a Hindu parade (it did once have a Turkish Baths, but that was bombed by the Luftwaffe). In fact it was an ideal (central, straight and quiet) steet to assemble before setting off towards Whitehall. 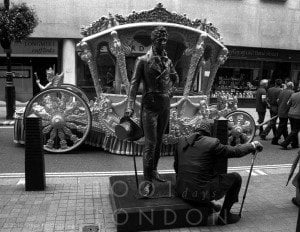 The Shree Swaminarayan Mandir temple certainly didn’t hold back with its opening celebrations, with major events back in Kingsbury as well as the lavish parade here. The temple’s resident pipe band were also in evidence when Indian premier Narendra Modi paid a visit to Wembley in 2015, as we see here (it really kicks off halfway through when the Dhol drummers join in).