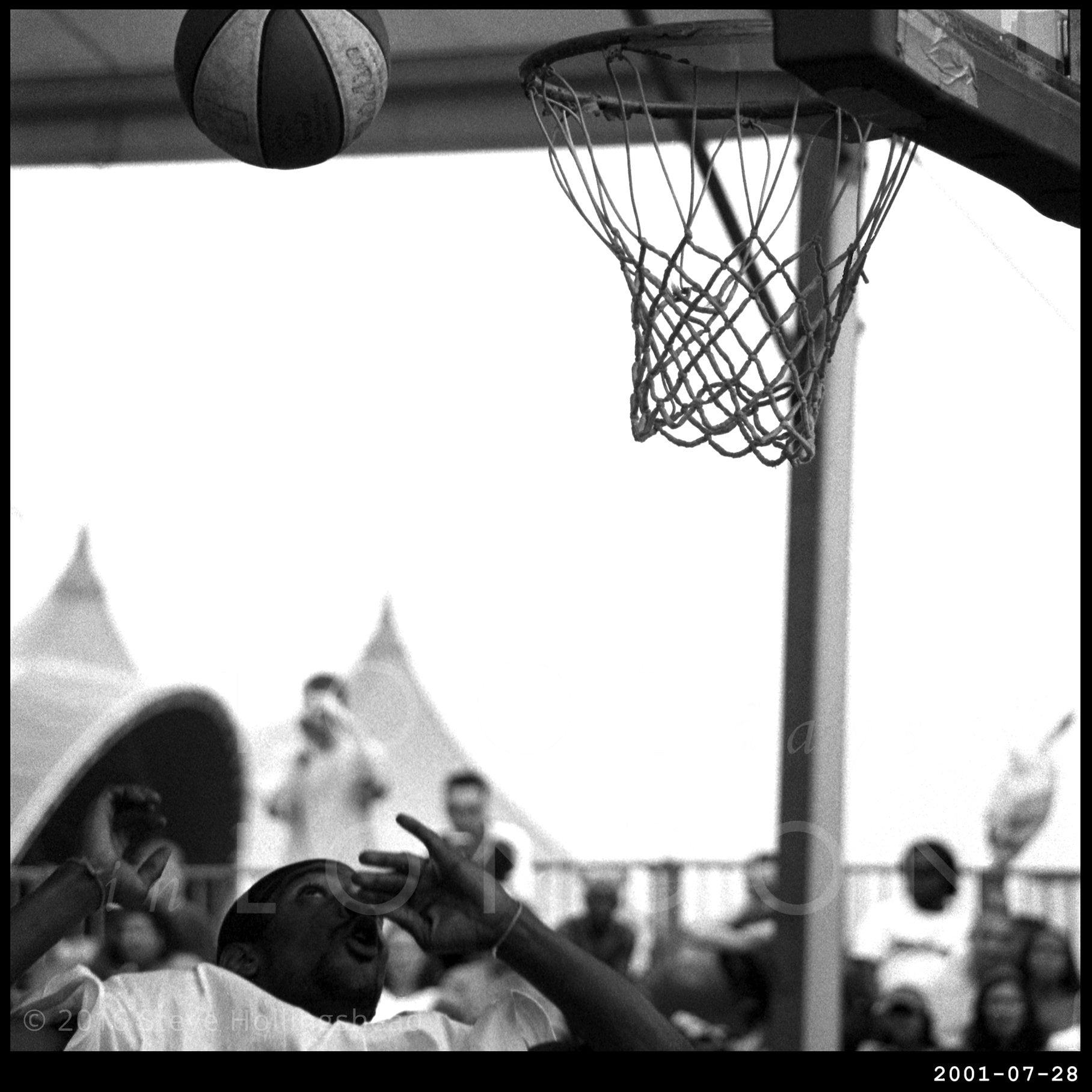 So there we were, on a fine summer’s afternoon trip to Burgess Park for the annual Southwark World Village Festival (although it wasn’t an annual festival for very much longer, sadly), when, passing the park’s outdoor basketball court, we come across the National Slam Dunk Championships (& I’m not sure how annual an event that is now, either, because I can find out bugger all about it). 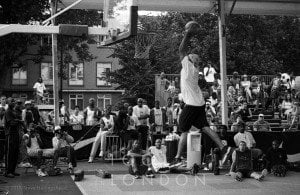 Now, we have been here before, post-wise – almost exactly ‘here’, in fact, as the area which was home to this great sporting event has since changed radically, thanks to a £6million grant in 2011 that brought in the BMX circuit and, roughly about where this basket is, an eye-catching spot-coloured under-5s play area. Not that basketball has been completely neglected by the council, if the success of the girl’s team is anything to go by.

Anyway, here’s what the slam dunkers in the US were doing about the same time, here’s something audacious that only merited a ‘9’, and here’s some Meadowlark Lemon for those of us that grew up thinking basketball was just a load of very talented athletes having a bit of a laugh.

Later on, up at the river 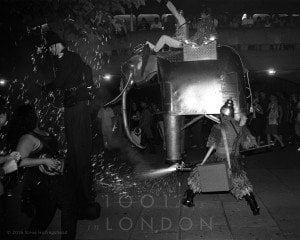 The summer’s Watch This Space Festival was in full swing, and Emergency Exit Art’s ‘Runga Run’ was entertaining the crowds outside the National Theatre.