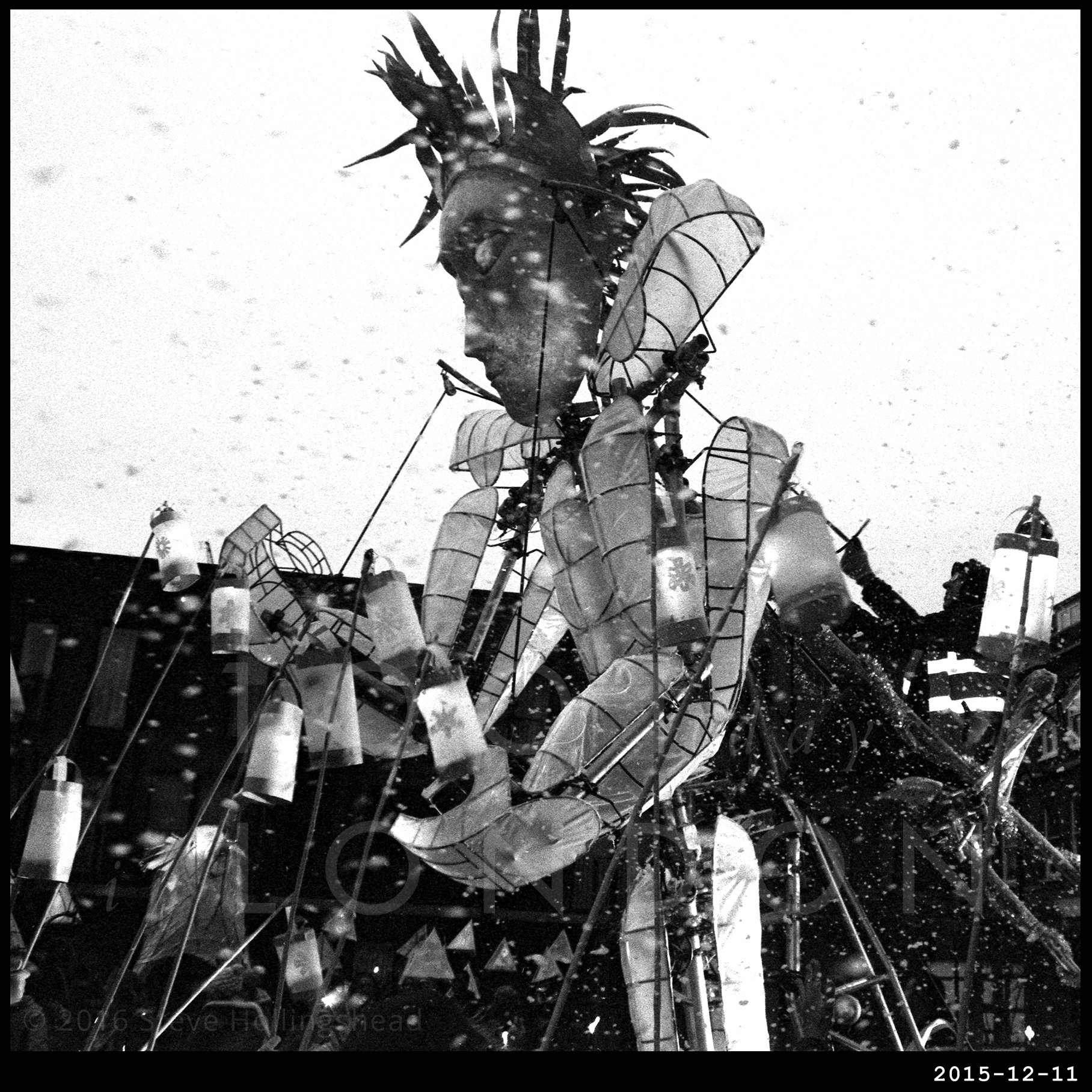 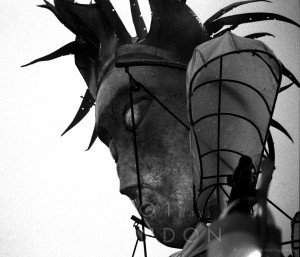 We’ve all come across the occasionally laughable attempts by developers and estate agents to rebrand an ostensibly less fashionable neighbourhood to make it seem more upmarket. What we have here, however, is a [lazy and totally unnecessary] attempt by a developer to rebrand a historic area for no other reason than to avoid ‘confusion’ with another monolithic developer. 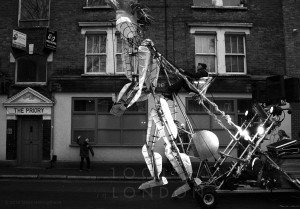 And what has this got to do with a charming local community winter event provided by the masters of such things Emergency Exit Arts?

Well, nothing specifically, only that this event has been created by Southwark Council under the banner ‘Blackfriars Stories’, when we’re not in Blackfriars per se: we’re by Blackfriars Road, which is the road to Blackfriars Bridge over which you’ll find the wonderful Black Friar pub and the area where the Dominican Friars had their priory until the Dissolution, subsequently to become Shakespeare’s first indoor theatre. That’s Blackfriars. 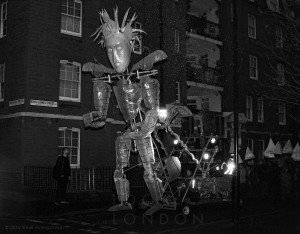 Anyway, this lantern parade and it’s er, snow-breathing mechanical giant spend a few day/night hours leading a healthy congregation of curious spectators around the local area, taking in one of the oldest surviving Peabody estates and Friars School [now that doesn’t help, either] on Webber Street –  a street which also boasts the birthplace of the great social documentarian Bert Hardy. 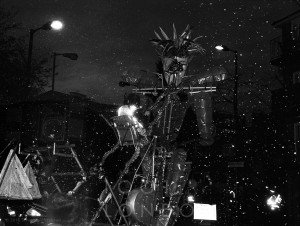 As for Jack Frost, well, if it’s December, you’re allowed to click on this, if not you’ll have to make do with this.