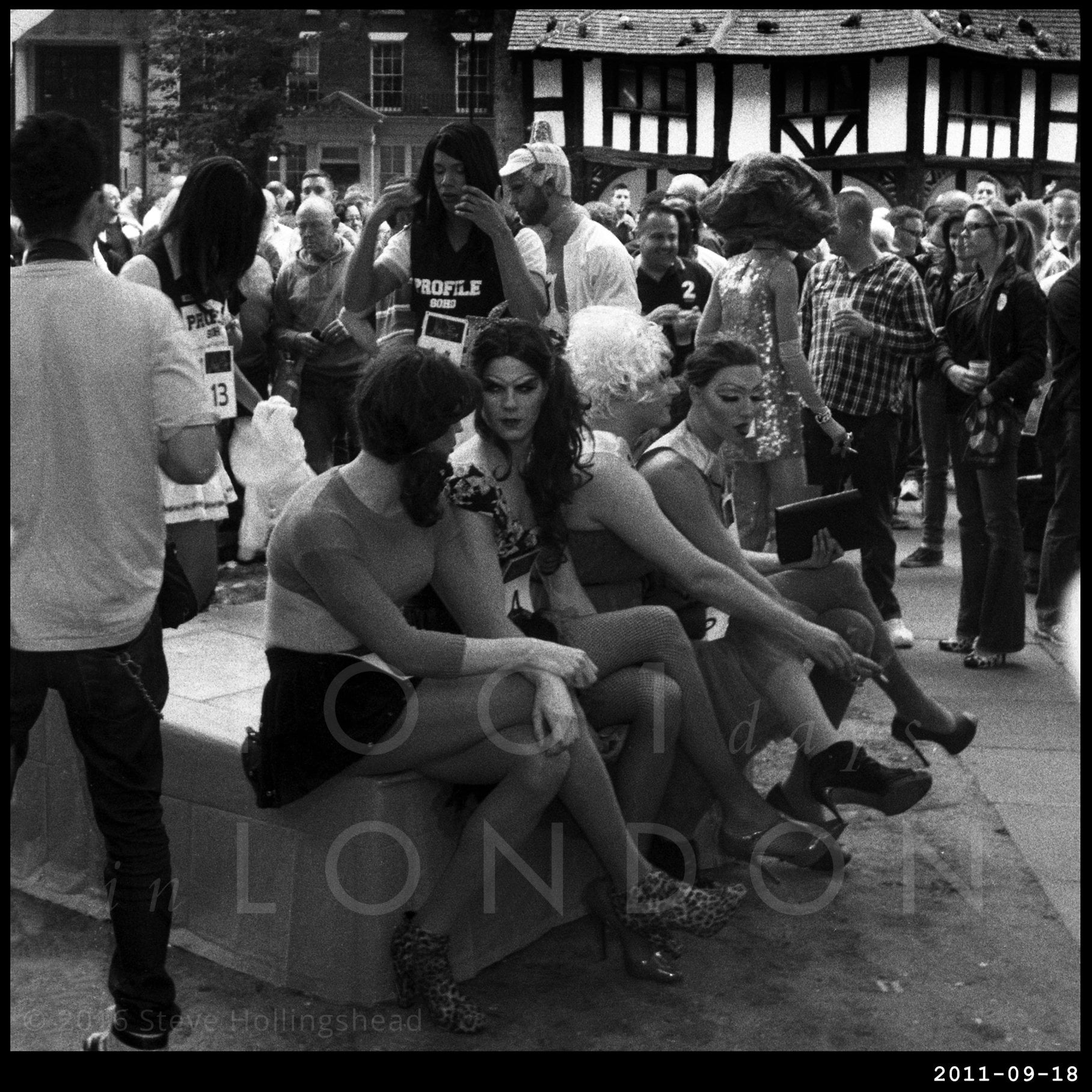 Here we are in what is normally (apart from the odd unexpected noisy youthful intervention) an oasis of calm in heart of the west end, just to the south of the shopping hell of Oxford Street and on the northern fringes of London’s bohemian quarter (which we’ve come across on a number of occasions already). 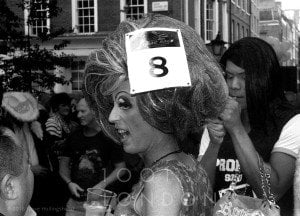 There’s something slightly anachronistic about Soho Square, with its ancient (and not so ancient) places of worship, its mock Tudor gardener’s hut and the somewhat beleaguered Charles II statue. 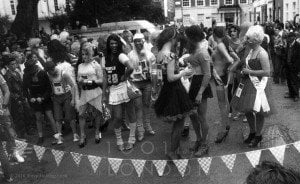 On this particular afternoon, the extrovert bewigged king had the pleasure of the company of a good number of equally fun-loving queens as they gathered to take part in the first Soho Drag Race as part of Pink Sunday, raising funds for the Albert Kennedy Trust. 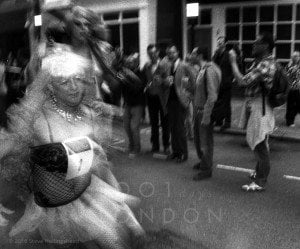 A comparatively low-key event compared to the more celebrated US version (the following year would be much better publicised), it was nevertheless taken very seriously. Elite competitors put down their cigarettes (if not their cups of fizz) for a grueling high-heeled dash down to old Compton Street and back again. 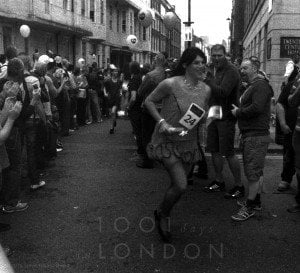 And if you want a song about Soho Square, you have to go for Kirsty’s, who even has her own bench there as a commemoration.