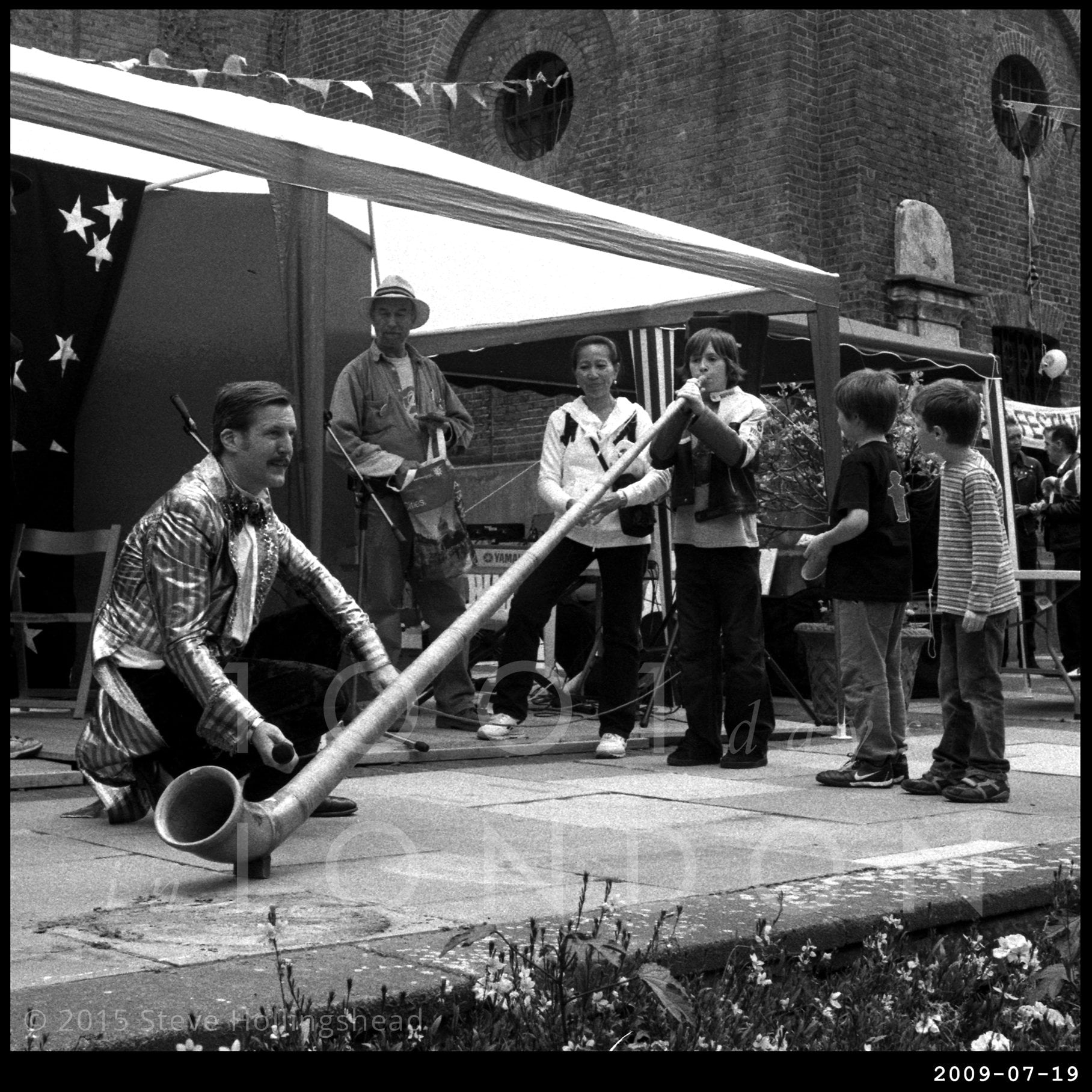 We all have our own individual take on what Soho is all about: the Gay scene, the restaurants & cafes, the Jazz clubs, the sex industry, the Village Fete… oh yes, the Village Fete – and very much like a traditional fete it is, too (with the odd drag act thrown in).

The Soho Society have been organising this event in the grounds of St Anne’s Church in Wardour Street for over 40 years – and it’s all there: the spaghetti eating competition, hula hooping, tug of war, alpine horn challenge, song & dance & lots of stalls. (We’ll come to the Waiters’ Race on another occasion).

In fact, during the 1950’s, Soho Carnival was one of the most eagerly anticipated events in the calendar. And it had spaghetti eating then as well (it was an area of immigrants after all…)

Worryingly, along with so many other areas of the city, the area is in serious danger if losing its bohemian edge due to the seemingly unstoppable march of the Developer (more of that later on as well). 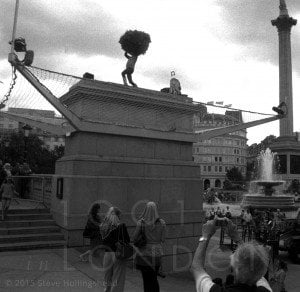 2009 was the year the 4th Plinth Commission in Trafalgar Square was given over to sculptor Anthony Gormley and his One And Other project in which, over 100 days 2,400 different individuals each spent one hour on the plinth to do pretty much as they liked. Some were controversial, many had political messages to get across, a lot were really rather dull & some were altogether more eccentric and fun. Mister Fox came into the latter category.