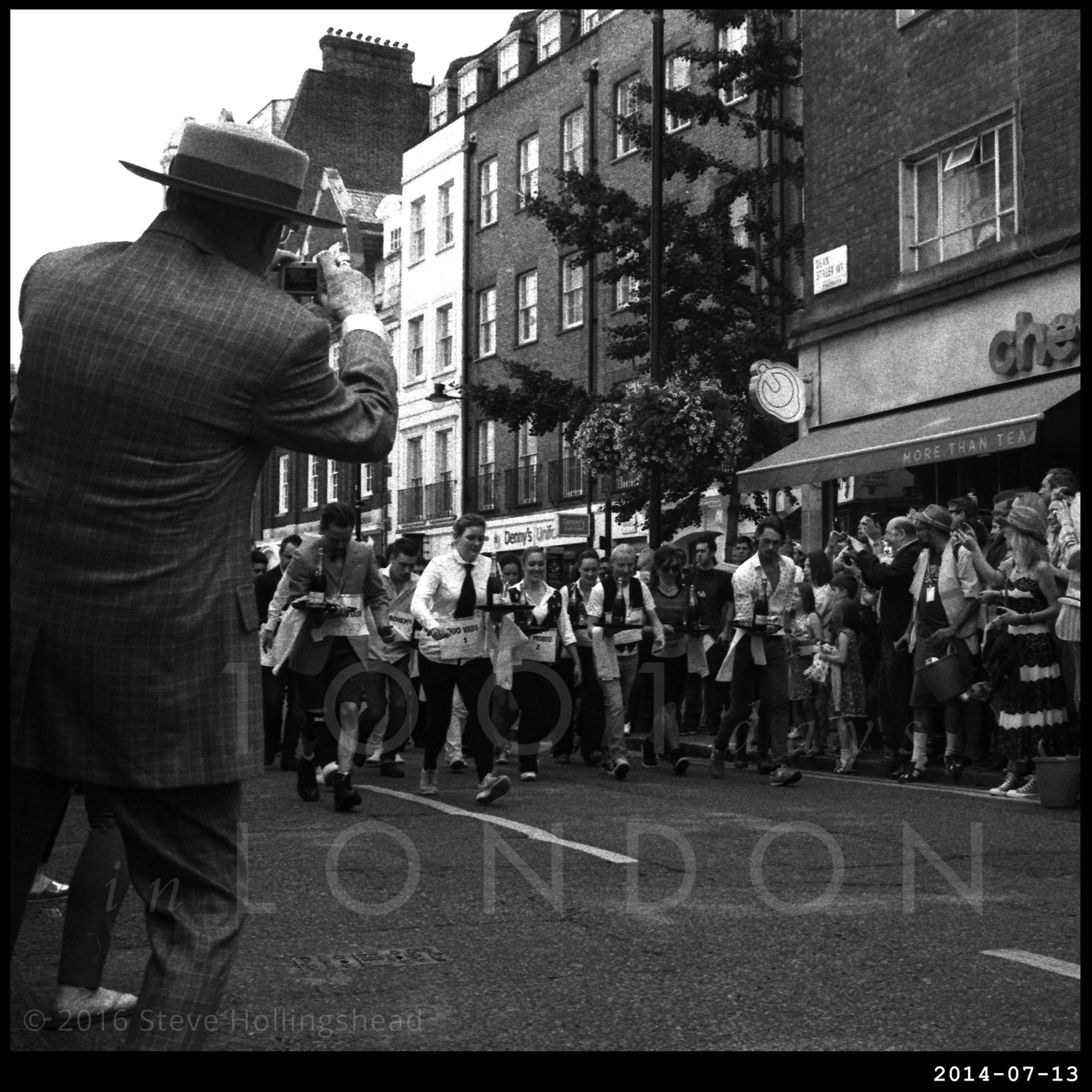 One thing you can say about Soho – you’re not going to be short of a place to eat (although the café culture may not be quite what it once was), so it’s hardly surprising that there’s a pretty impressive turnout for the annual Waiters’ Race – which used to be a regular occurrence in this part of the world (though it did all go a bit quiet for a few years during the early Noughties)

This is part of the Soho Village Fete – which we’ve been to before, of course – but it appears it’s not the only Waiters’ Race happening in Central London nowadays, as there’s a National version of it taking place in Hyde Park. 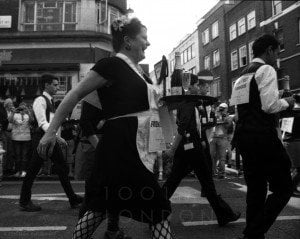 The dapper looking chap sporting his trademark bespoke felt boater taking his own record of the event is local artist George Skeggs, known as Soho George – a local legend and another prominent campaigner in the Save Soho campaign, which, as we’ve mentioned before, have been working tirelessly to maintain the integrity and uniqueness of the area in the face of well, I don’t think I need to mention that word again… 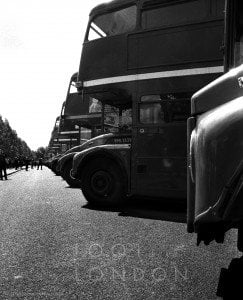 Meanwhile, it being the middle of July, there’s a lot of other stuff going on: In Finsbury Park there’s a celebration of 60 years of the original Routemaster Bus – which is very much like the 50th anniversary event in 2006 except the buses and their enthusiasts are all that little bit greyer and rustier. 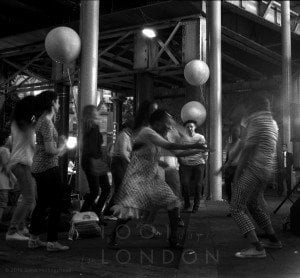 And in Borough Market the annual Bastille Day Festival is well under way, though the evening crowd isn’t quite matching that of the previous few years, possibly due to some football match happening elsewhere at the same time…

Anyway, part of the Waiters’ Race involves circumnavigating Soho Square, which is a good enough excuse to link to this.