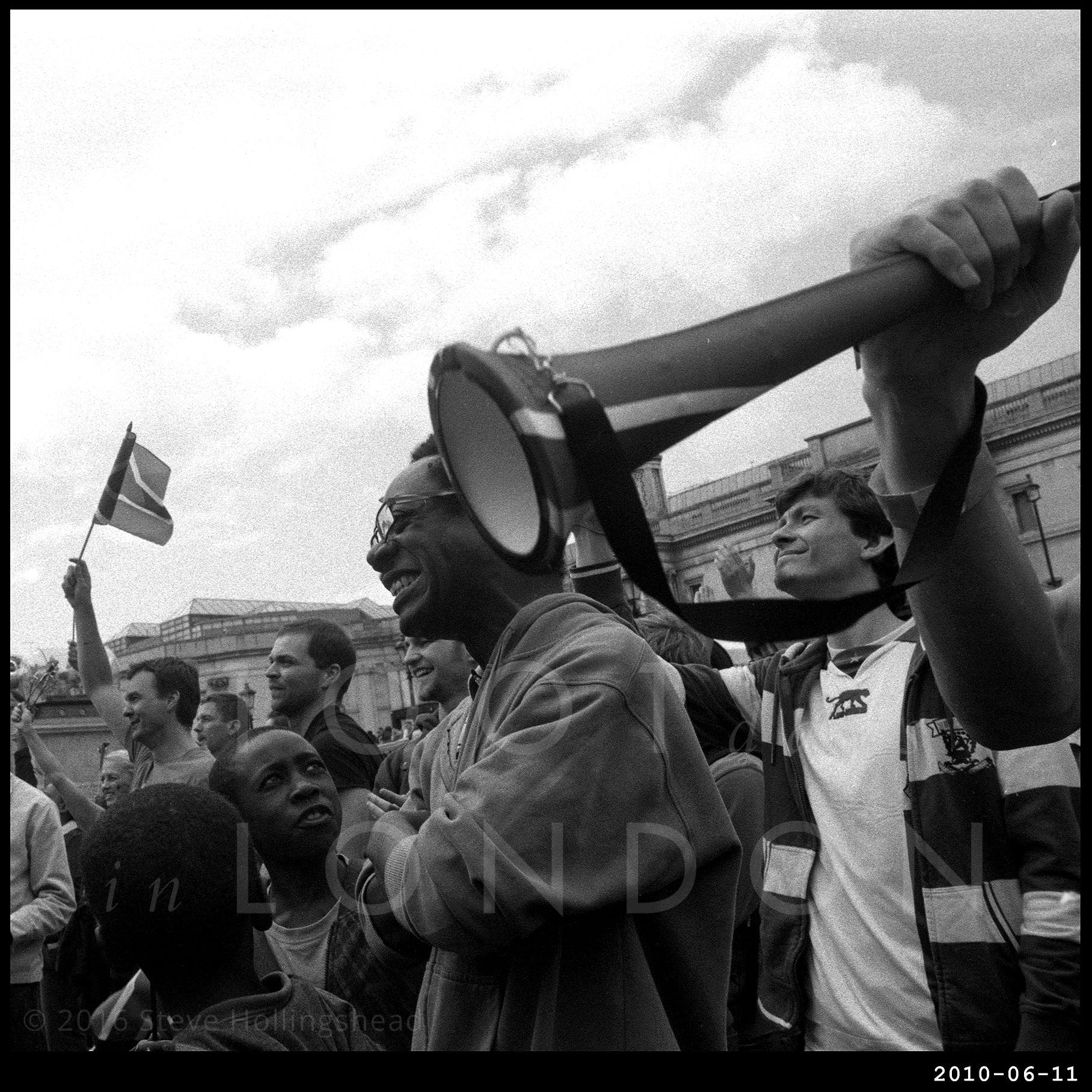 Here we are in Trafalgar Square again, this time for a bit of a party celebrating the start of the first World Cup Finals to be held on the African Continent (sorry: the ‘Fifa World Cup 2010™ Finals’ – lets not neglect the august body which has so honourably delivered the tournament over the decades), with coverage of the opening game between hosts South Africa and Mexico being broadcast live to thousands of excited supporters, though, for some reason, not the opening ceremony itself. 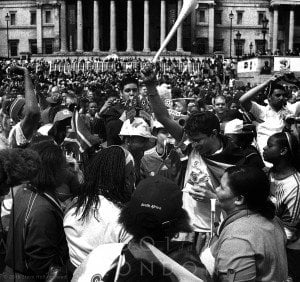 So instead of being entertained by African music legends Hugh Masekela, Femi Kuti, Khaled and others, the crowd in London are treated to a demonstration by some young keepy-uppy experts and a celebration/dance-off by some people plucked from the audience. There is, however, some beautiful and emotionally charged singing from a before-she-was-famous soprano Pumeza Matshikiza. 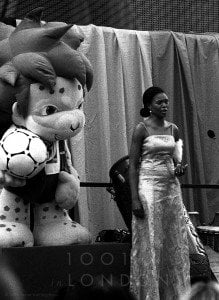 And, let’s not forget, there’s the constant cacophony of the much-derided vuvuzuela, the one-note horn that collectively manages to mimic a swarm of angry bees and which was considered one of the minuses (along with Suarez’s handball, Lampard’s ‘goal’ and the Duch tackling) of an otherwise unexpectedly successful tournament. 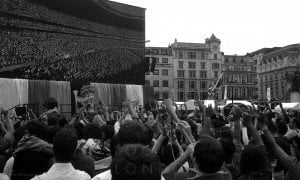 Anyway, here’s how that opening game played out, here are the rest of the results, and here’s the quiet and retiring Shakira with the tournament anthem at the party the night before…