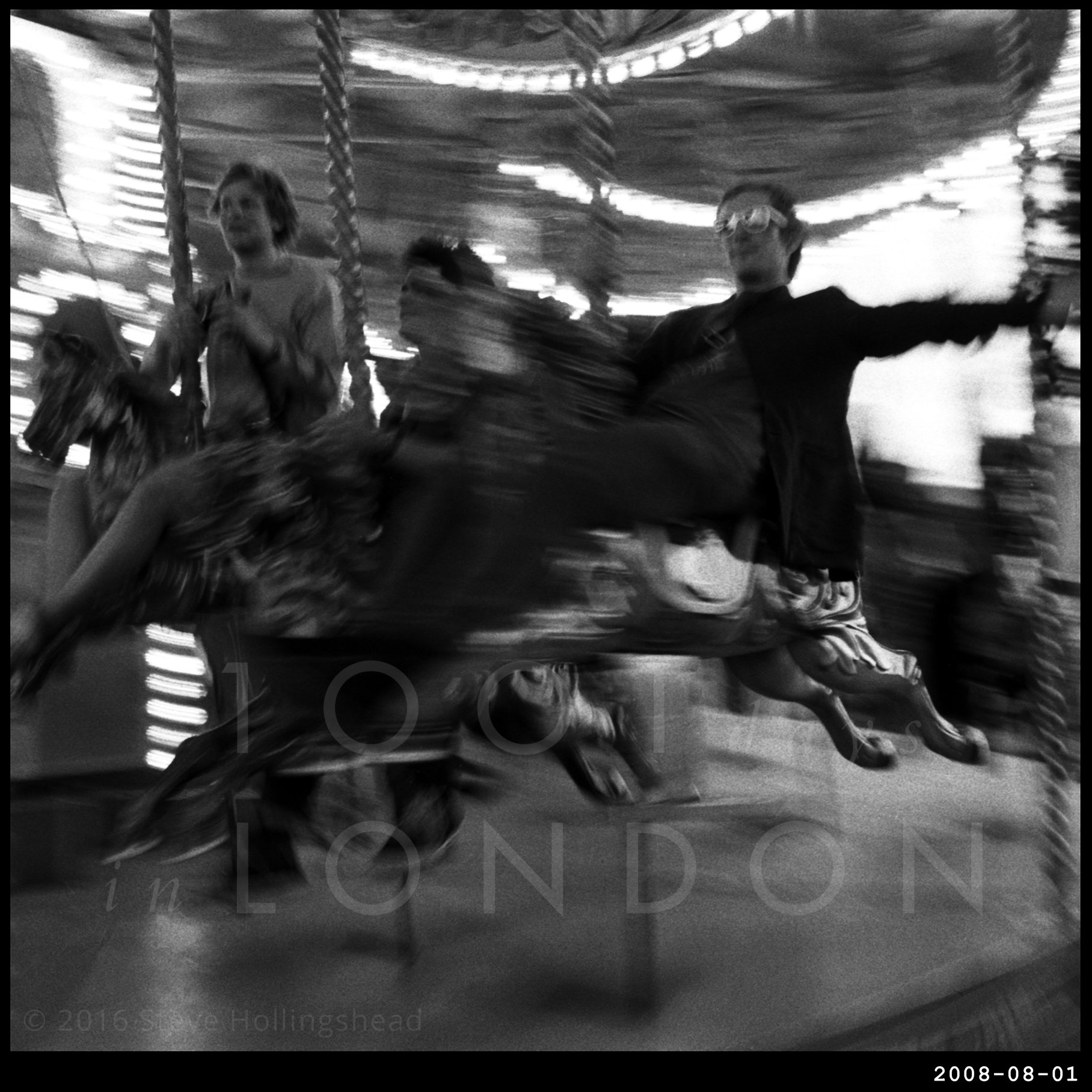 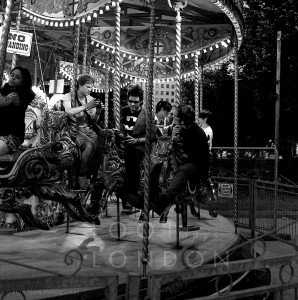 So… I envisage this as maybe members of a young bunch of musicians recording themselves in the style of a 1990’s music video, which is itself an homage to the flamboyant carefree spirit of the swinging sixties, with the main protagonist being something of a combination of Jarvis Cocker, Steve Harley and Simon Dee – so, excellent cool credentials. Except it’s probably just a bunch of lads on a bit of Friday evening japery, probably having started the weekend a bit earlier than most. 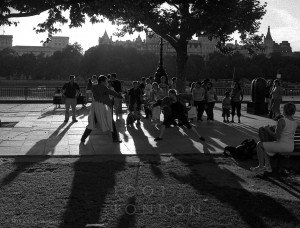 It’s the height of summer and the sun’s not far off setting, but the riverside walk at the South Bank somewhat surprisingly doesn’t seem especially busy – although this is, of course, a few years before the remodeling of Jubilee Gardens made it into into a much more attractive relaxation zone, on top of which the ever expanding eating and drinking franchises have yet to become additional attractions for the area. 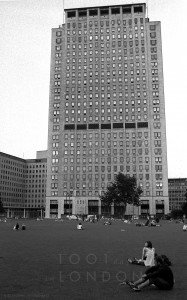 Still, as long as there are tourists promenading by, there will always be street performers prepared to stay as late as it takes to earn those few extra shekels.

This carousel, incidentally, is a replica of the one that delighted young and old alike at the Festival of Britain in 1951 (albeit in the Battersea Park bit of it), though disappointingly doesn’t appear to have the facility to heighten the drama like this one, or perform wonders like this. And maybe this sort of innovation might go down well in these parts. 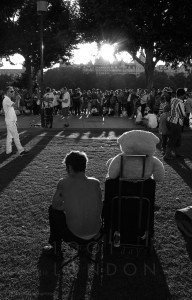 And should we refer to them as carousels or merry-go-rounds? Well, in this case, I don’t see why we can’t accommodate both.