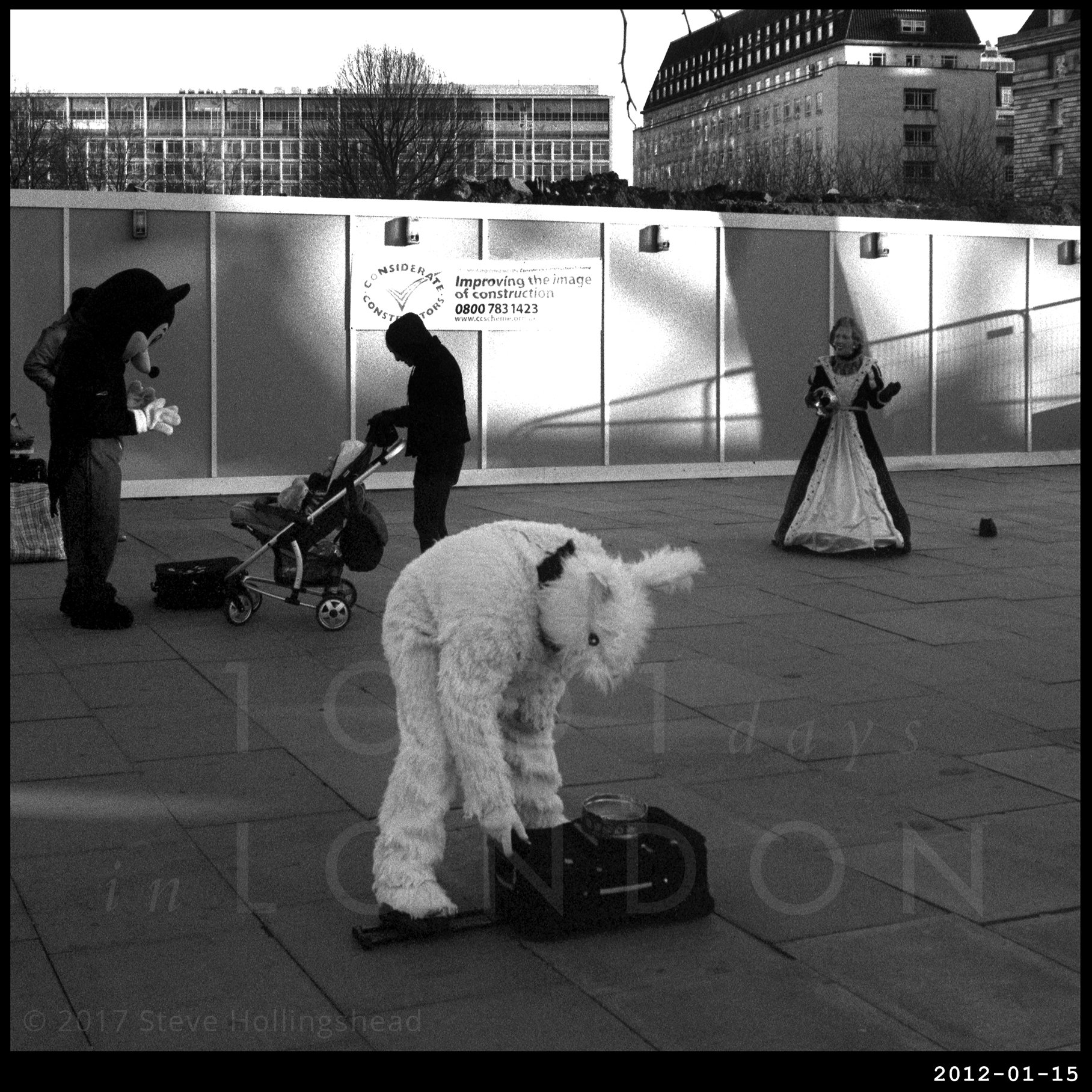 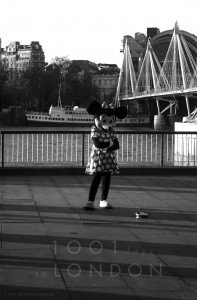 It’s a sad state of affairs when the number of Human Statues/People Hanging Round Dressed in Rubbish Costumes for Photo Opportunities exceeds the number of potential ‘customers’ passing by, though that appears to be the situation here – on a stretch of the South Bank temporarily rendered somewhat bleak and unappealing by the ongoing [and fortunately soon to be realised] reimagining of the Jubilee Gardens site. 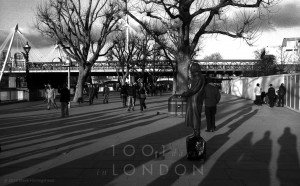 Still, the enthusiasm for standing around and not doing much as a way to making a living doesn’t seem to have abated despite the apparent over supply of participants. In fact, not only are there companies now providing said ‘performers’ for hire, there’s also a World Championships held in Holland each year. 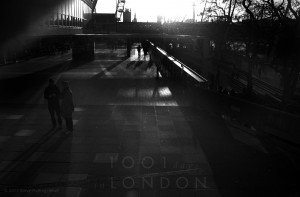 Meanwhile, a little farther along the riverside walk, a strange boat-like creation has appeared, sticking out somewhat precariously over the roof of the QEH. This is A Room For London: part art installation, part exclusive hotel room. 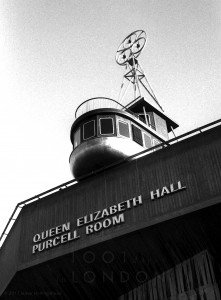 Now one could argue this is an example of the continuing bastardisation of what was once a seminal example of contemporary Brutalist architecture, on the other hand you could say it’s a fun addition to an otherwise grey and ugly concrete mess – I couldn’t possibly comment. But it has at least provided an opportunity for a few artists to flex their creative muscles I’m reliably informed.