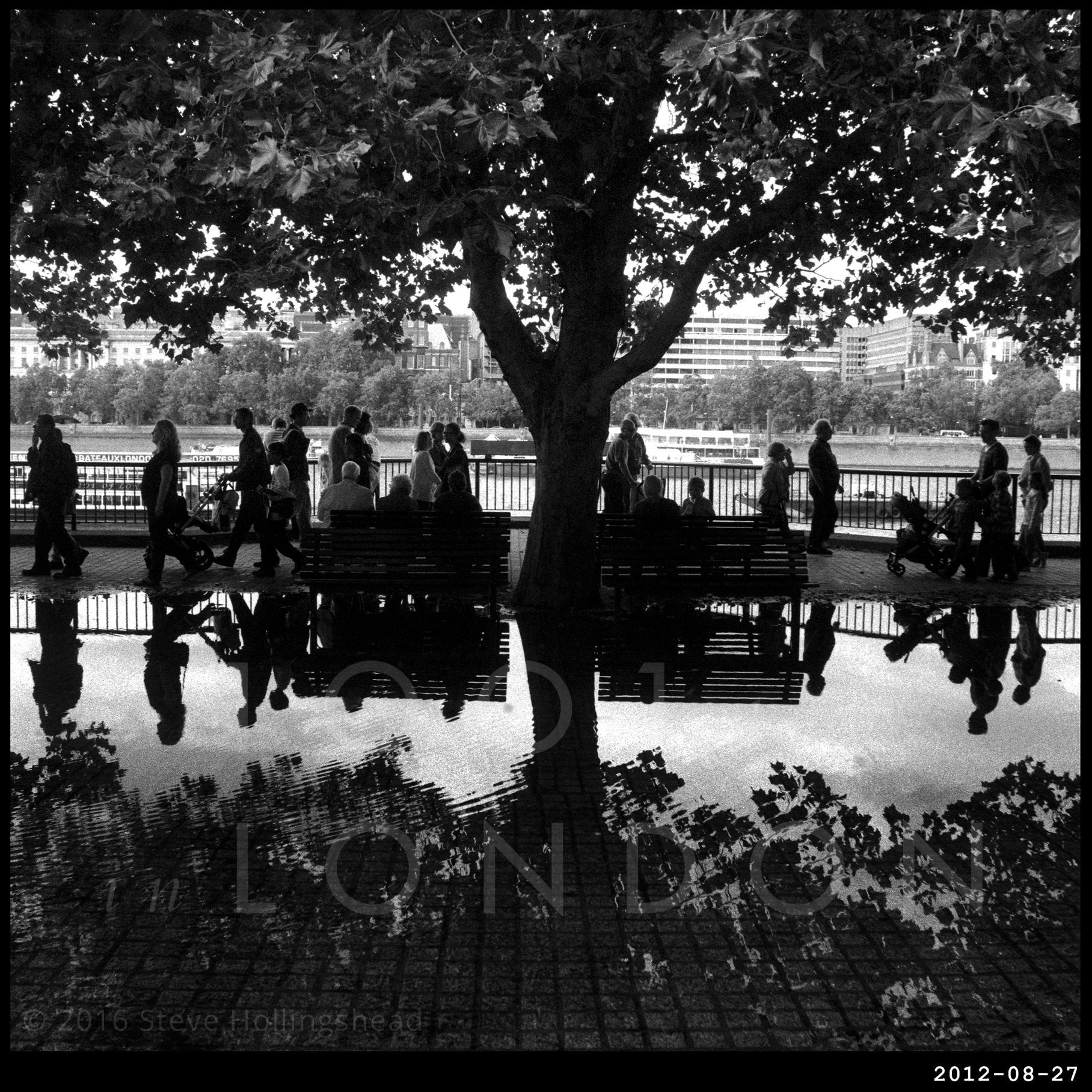 We’re in that brief window in the summer of 2012 when there isn’t an Olympics or a Paralympics or Royal anniversary to hyperventilate over, but the south side of the river is still all a-buzz with tourists (well, those that haven’t gone to Notting Hill) discovering an area the existence of which many of them weren’t even aware of before. 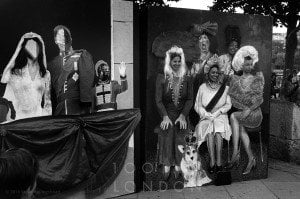 Down outside the National Theatre the annual Alternative Village Fete has once again taken over Theatre Square (for the last time as Big Red Box will be here for the next few years), and a little farther west, opportunistic ‘Human Statues’ are still trying to milk the Feel-Good effect of that Major Sporty Thing. 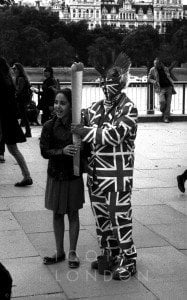 Meanwhile, unbeknownst to everybody here, preliminary conversations are (allegedly) already taking place between a National Treasure actress and a recently re-elected Mayor about plonking a huge pile of concrete with some plants on it across the river just about where this tree is. Still that’s one way of getting rid of these pesky post-sudden downpour puddles. 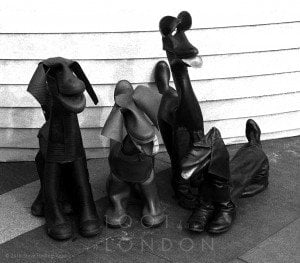 Of course, some people like to jump about in puddles, some people even make songs about them (in Icelandic, mind). Some people just like the way you can turn pictures of them upside down for a more interesting effect (upside-down pics being all the rage at the moment, it seems). 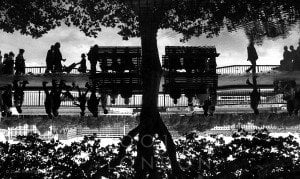