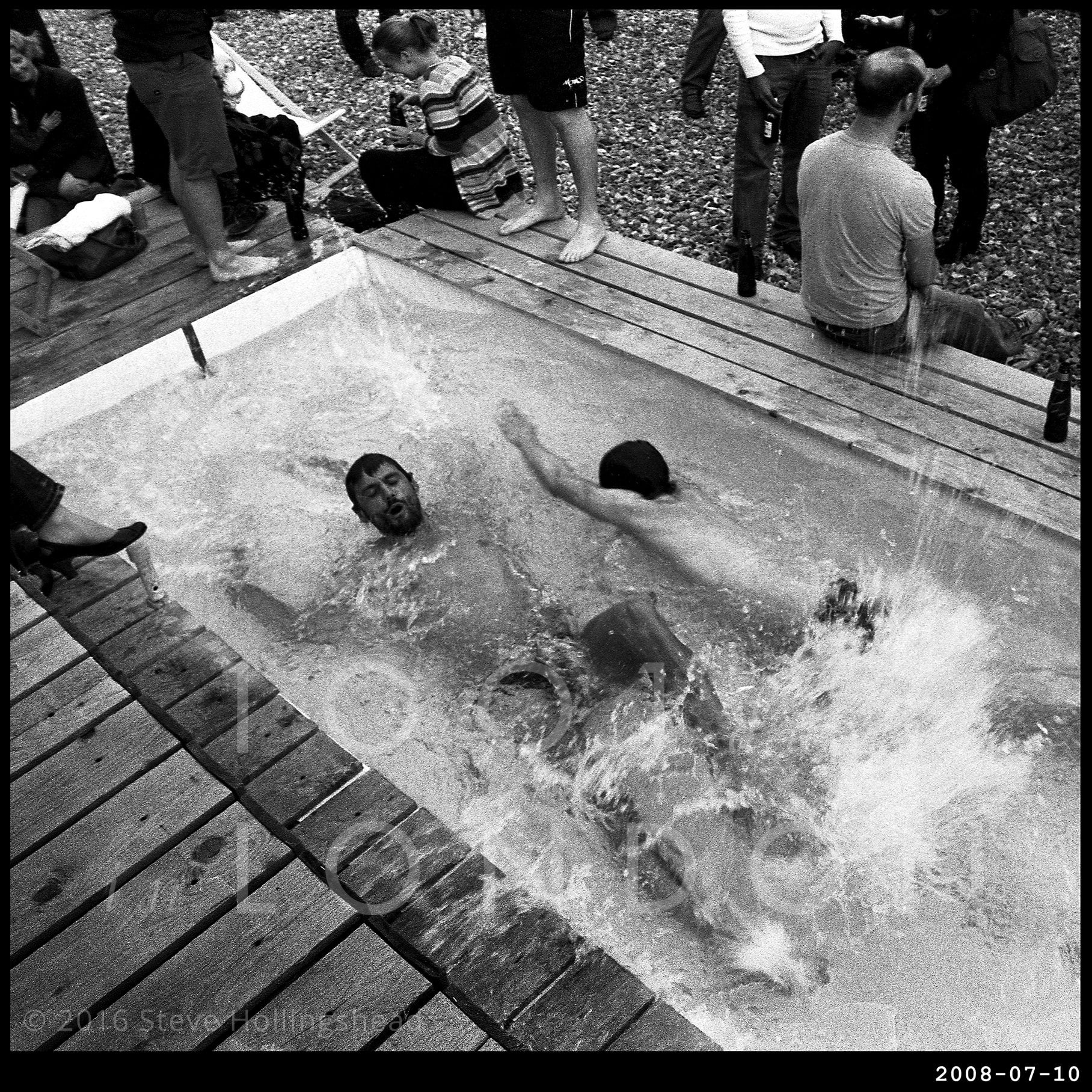 Following the success of his Cycle Superhighway routes, the former Mayor of London’s next ambitious plan to get Londoners fit was to establish narrow cross-city lanes full of water in order to create a ‘Swim Superhighway’ – getting so far as to have this prototype built – after all, as well as being a healthily beneficial commute to work, this could also help in developing the next generation of Olympic heroes now that we are, after all, a Sporting Superpower. Far fetched? You wouldn’t put it past him though, would you. 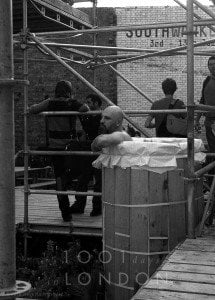 What we have here is in fact a neat little pop-up created by architects and visionaries EXZYT (with filmmaker Sara Muzio) as part of the Southwark and South Bank Hub of the 2008 London Festival of Architecture.

Maybe not quite as grand and crowd pleasing as some of the city’s other popular outdoor bathing spots, or a replacement for the much missed Southwark Park facility nearby, it did at least have beach huts, proper shingle and the hugely important Life Guard observation platform. 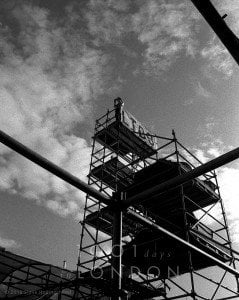 So successful was the scheme that the team were invited back again over subsequent years for similar projects (before the entirety of this historic street succumbed to the unstoppable advances of the ‘G’-process). 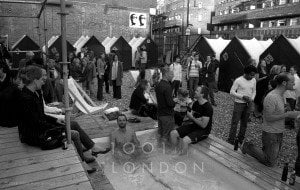