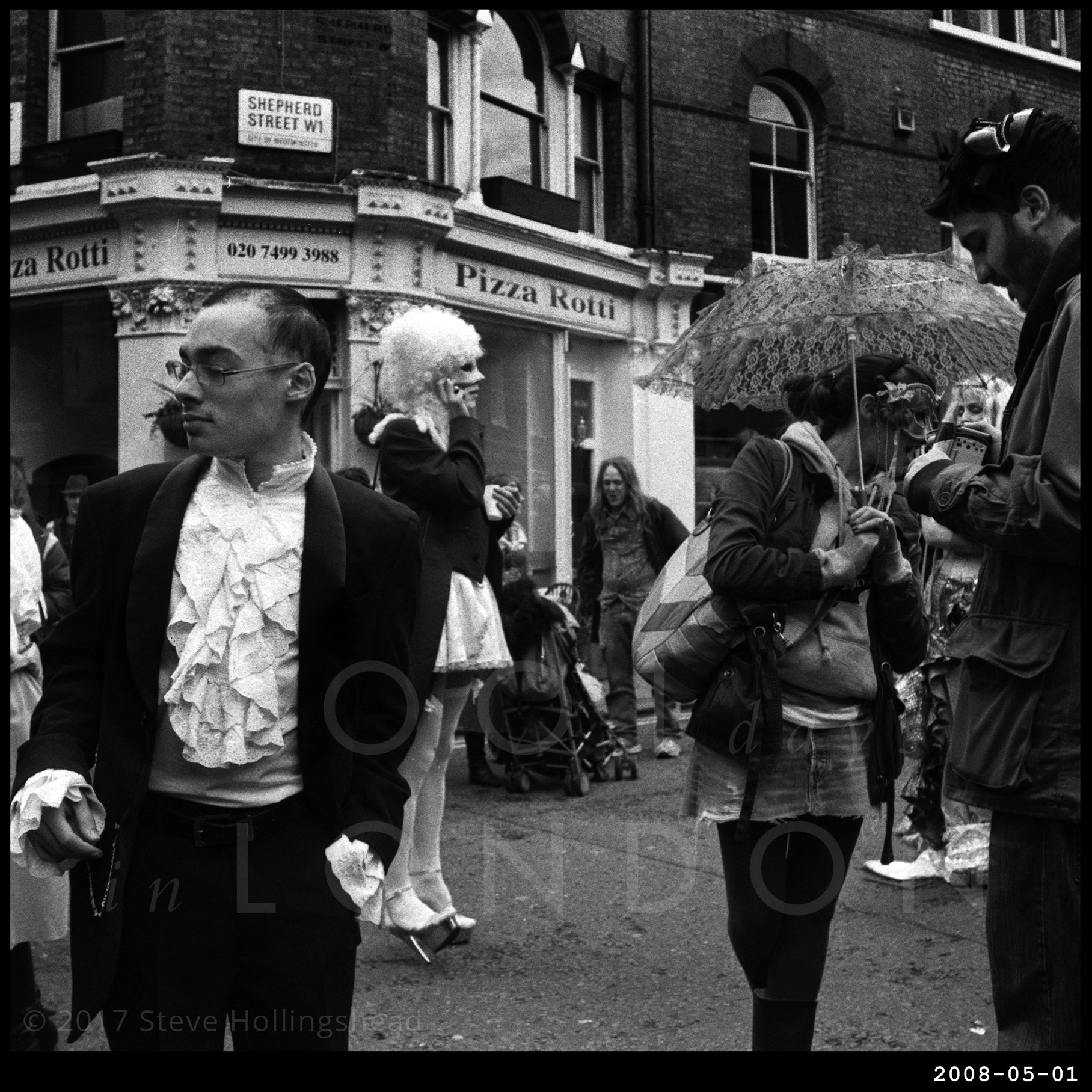 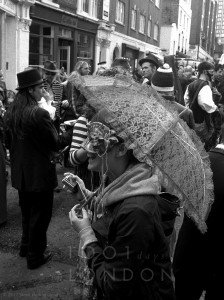 I doubt if many of the revelers at the original May Fair – which first took place here at the back end of the 17th century – could ever have anticipated that not only would the Fair become synonymous with the area for hundreds of years despite being suppressed after less than a quarter of a century, but also that this riotous and debauched gathering (which often lasted a couple of weeks) would eventually become the most expensive and sought-after area of the city [well, according to the Monopoly board, anyway]. 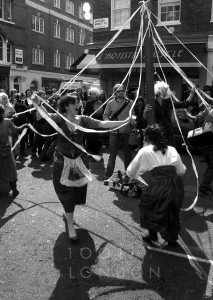 Admittedly, the specific area where the fair once took place – in and around Shepherd Market – still had a, shall we say, ‘colourful’ reputation until comparatively recently, it’s still not the sort of place you’d now associate with bucolic behavior.

Well, not until the Space Hijackers, those spirited and imaginative anarchists who’s ‘Projects’ include all sorts of japes from Midnight Cricket and Circle Line parties to more serious campaigns challenging the corporate takeover of the capital, which, you won’t be surprised to discover, has often brought them to the attention of Her Majesty’s finest. 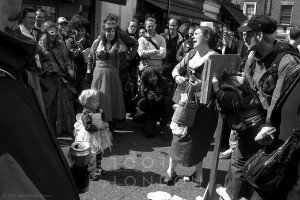 Which is why this fantastic idea of celebrating the 300th anniversary of the last May Fair in the style of the original – with portable maypole, dancing, drinking – and a pillory for miscreants, of course – has a more-than-you’d-think-necessary police presence (intent on taking photos of everyone, apparently). Reputations, eh? 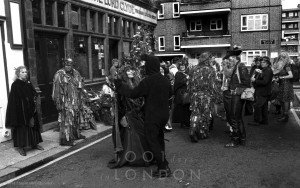 Meanwhile, across the river in The Borough, May Day is being celebrated in their inimitable style by Fowler’s Troop – here outside the magnificent Lord Clyde – with not a constable in sight.

And while we’re on the subject of pillories, here’s a jolly tune.