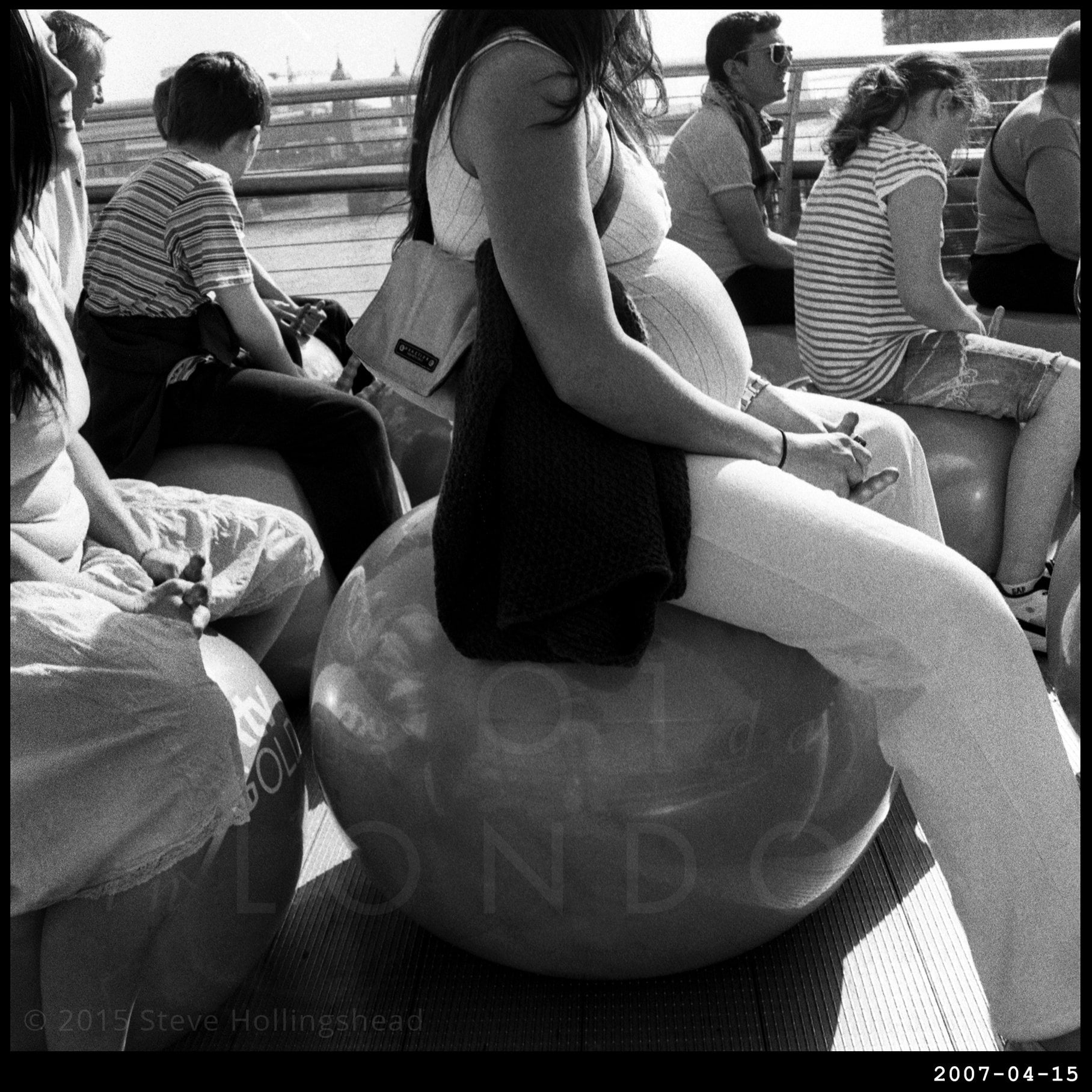 Now this Guinness World Record attempt could have been so much more interesting had the good people of Arup not spent two years de-wobbleising (let’s just assume that’s a real word, shall we?) the Millennium Bridge following its somewhat alarming opening day back in the early days of the century. As it was, the experience of sharing the bridge with 600 people bouncing up & down on Space Hoppers – one of the least elegant pastimes of the 1970s – was probably traumatic enough for a number of early morning tourists trying to get to Tate Modern. Still, it didn’t seem to bother this expectant mother. 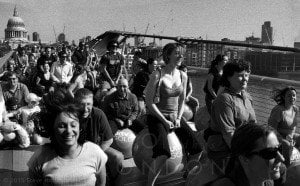 Triumphantly, the event succeeded, both in breaking the record (yes, there actually was a record to break – set in Bath in 2003) & in garnering plenty of publicity for some retro TV company.

The record didn’t last long, however – it was overtaken in Swansea only two months later, which was then topped by 1,000 schoolchildren in Folkestone a year after that, by over 1,200 Mexicans in 2009 and then by 1,500 Dubliners in 2010. 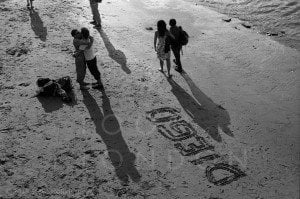 I like to think that Diego was quietly strolling along the Riverside Walk above, minding his own business, when he spotted this message from a long-lost compadre and rushed down to the foreshore for an emotional reunion. Either that, or some kid was messing about with a stick earlier.