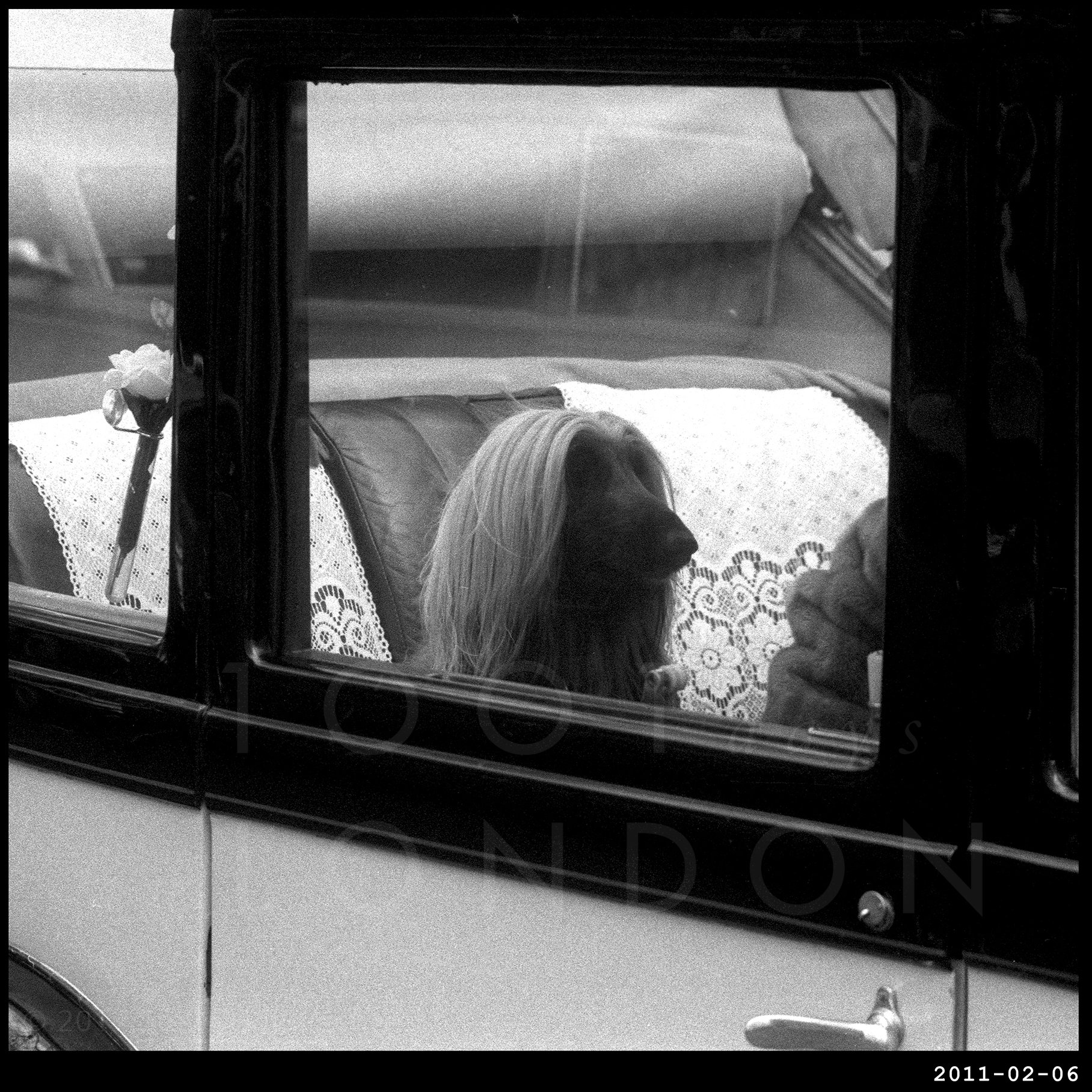 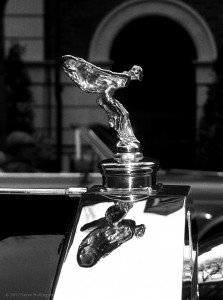 Sadly this isn’t the extremely rare (but not completely unheard of) phenomenon of the canine car driver, seeing as our hirsute hound is comfortably ensconced in the back seat. But of course, this is a highly sophisticated passenger here – why learn to drive if you have a chauffeur to do all that for you? 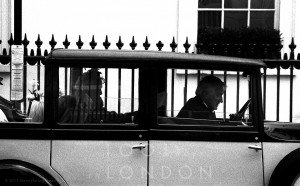 The dog, of course, is an Afghan Hound and the motor is a Rolls Royce, and it’s amongst a hundred or so of classic luxury Rollers for a special outing to commemorate the 100th anniversary of ‘The Spirit of Ecstasy’ – not, as I’m sure you’re aware, a glorification of a certain mood enhancing party tablet, but a celebration of the graceful little statuette that has adorned the bonnet of said cars for, well, 100 years. 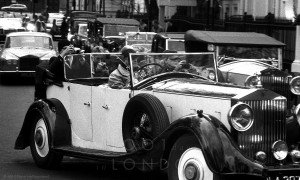 There’s al you need to know about the statuette, its muse and creator here, and here.

The outing sets off from Belgrave Square – probably one of the few areas of central London in which a whole cluster of luxury vehicles isn’t likely to raise many eyebrows. The participants having roughed it through the city then make their elegant way – past a motorcycle protest and a Chinese New Year Festival – to the more agreeable surroundings of Syon House, where no doubt, the achievement was toasted with copious amounts of champagne and specialist sausages. 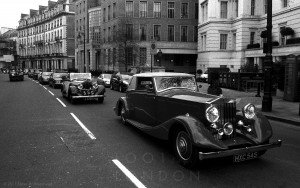 And the unlikely music link for today goes to none other than Nabil Shaban.