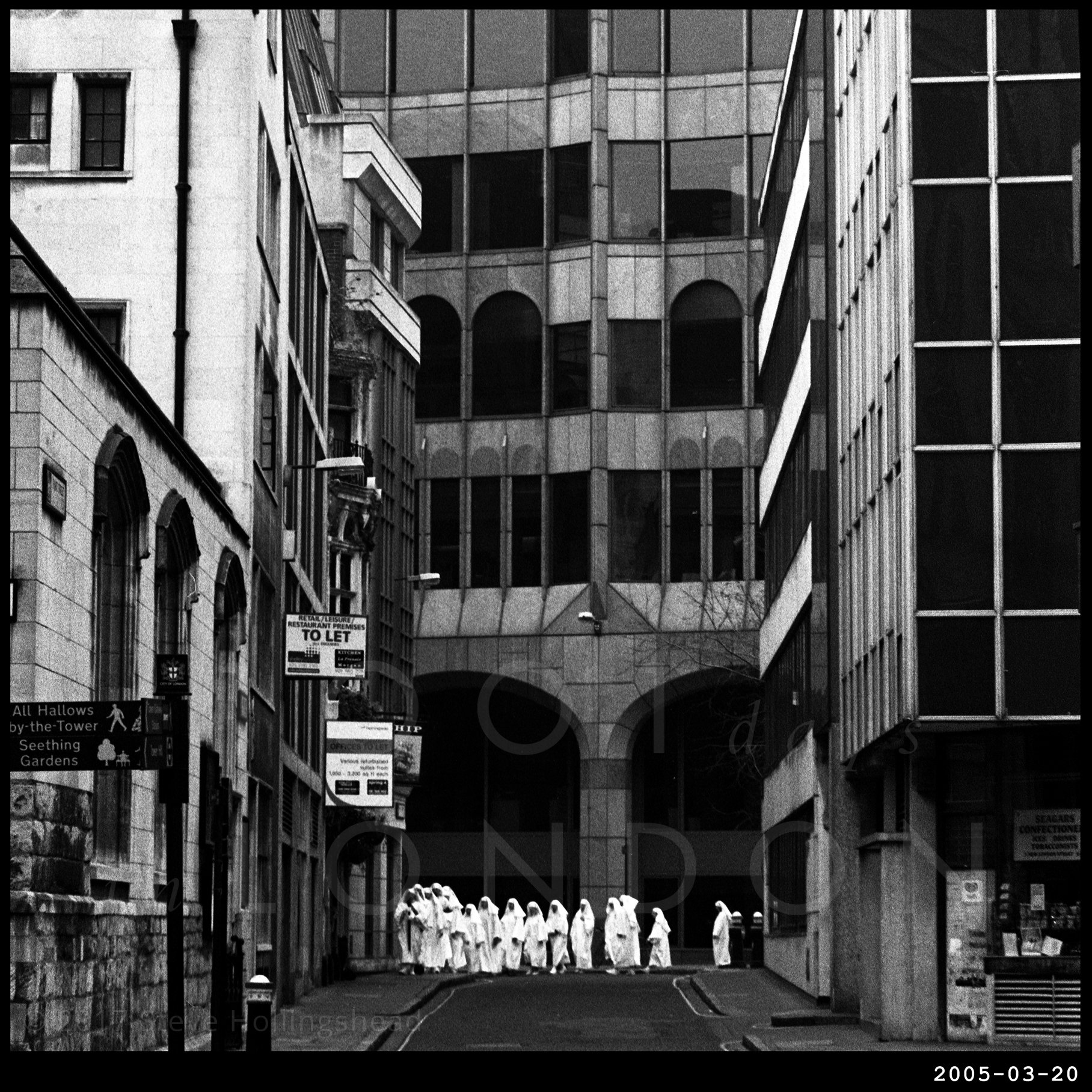 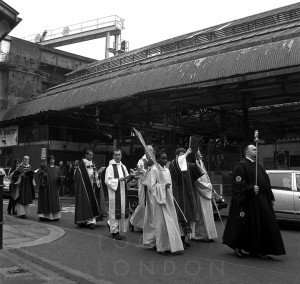 Another doubling up on religious ceremonies here: in Borough Market (and numerous other places as well) Christians are getting into the mood for Easter with Palm Sunday processions – sadly, no donkeys at this gathering – whilst just across the river, the Druid Order are heading towards Tower Hill to mark the Vernal Equinox. 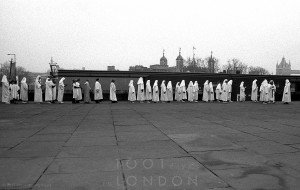 There’s something of a problem with the history of Druidism in the UK in that there is pretty much bugger all about it on record other than myth and Roman propaganda [as Melvyn Bragg & his group of experts spend 45minutes concluding], but that hasn’t stopped various Pagan and Mother Earth celebrating groups filling in the gaps to suit their own agendas, of course. 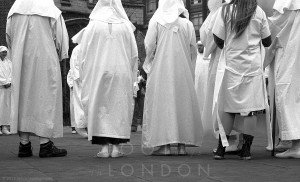 This organisation, performing their annual ceremony heralding the start of spring – an event well worth celebrating in anybody’s book – can actually only trace their own origins back to the late 17thC, when John Aubrey and William Stukeley (who used to be a vicar anyway) kick-started the idea that Stonehenge and Druids seemed natural bedfellows, and the early 20th Century, when George Watson Macgregor-Reid shaped them into what we’re familiar with today. 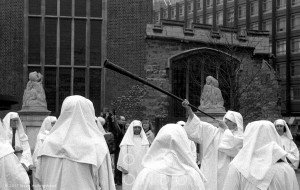 Anyway, the reason we’re all at Tower Hill is explained in a previous post, and there’s also another annual ceremony held in the vicinity of Seething Lane.

And much as I would like to suggest that the horn being blown in the image here is playing this tune, sadly I’d not quite be telling the truth.