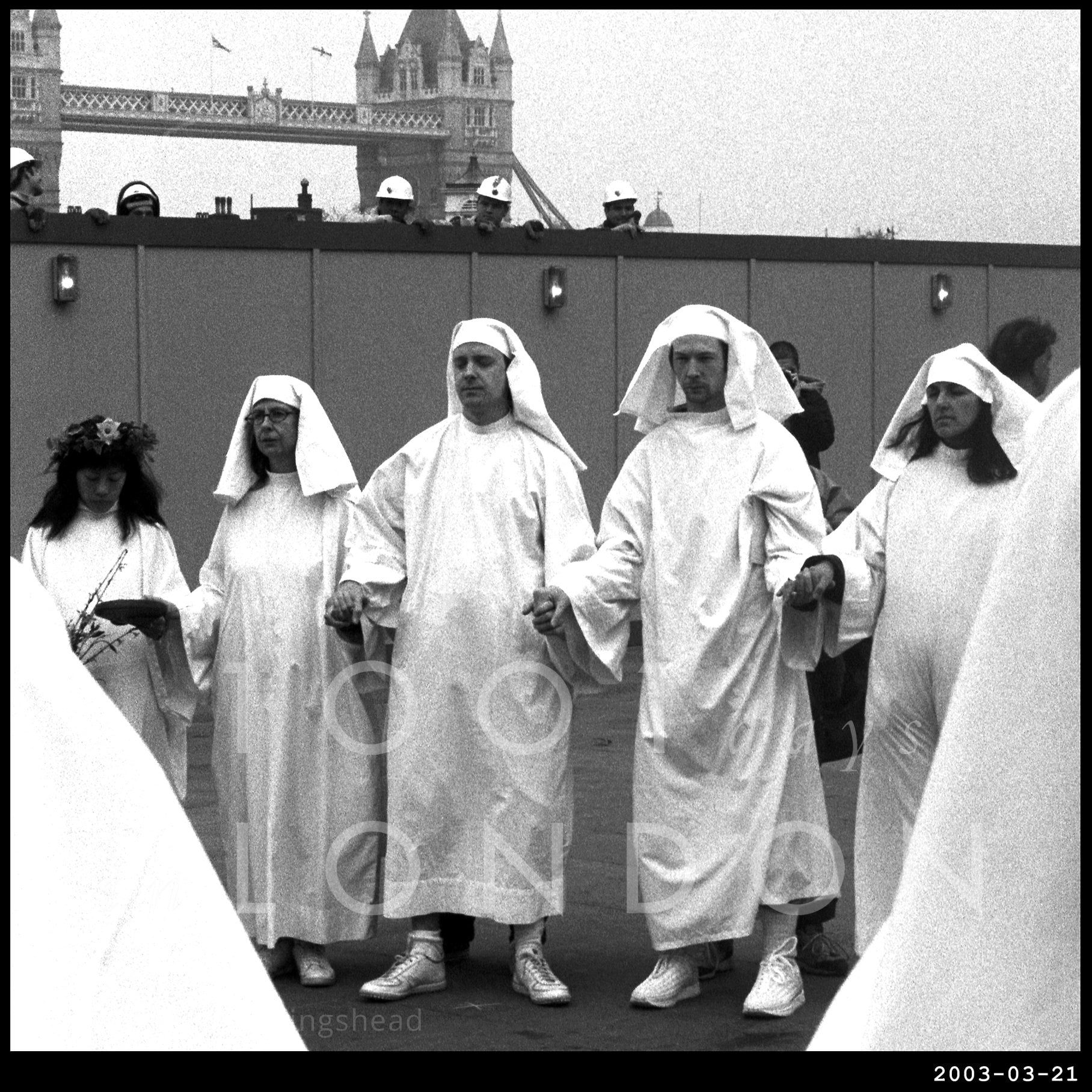 We’ve come across these folk already, in somewhat more picturesque settings, when they’re marking the end of Summer with their Autumn Equinox, and despite both occasions being technically the same thing (well, the 12 hour split element of it is, anyway) the weather is usually a lot nicer in September. 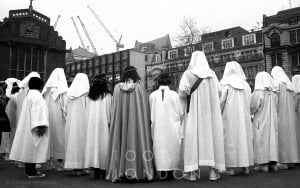 Added to the mid-march gloomy chill, this particular Vernal Equinox celebration also has to contend with the re-landscaping of Tower Hill Terrace, thus the rituals are being performed with an audience of curious workmen rather than the usual perplexed passing tourists. The local workers, as usual, do their best to totally ignore it all. 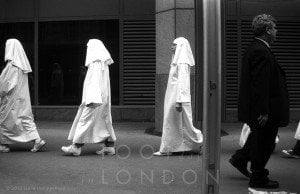 And why Tower Hill, you ask? Well apparently this is (roughly) the site of the White Hill, or the Bryn Gwyn in Celtic mythology – the reputed burial site of the head of Celtic king Bran the Blessed as a sacred guardian to these Islands (– would definitely have voted Brexit, I know) – the ravens at the Tower of London are part of the story as well. And it’s on a ley line, of course. It’s just a shame about the smell of deep fried fat wafting up from the fast food units immediately below.