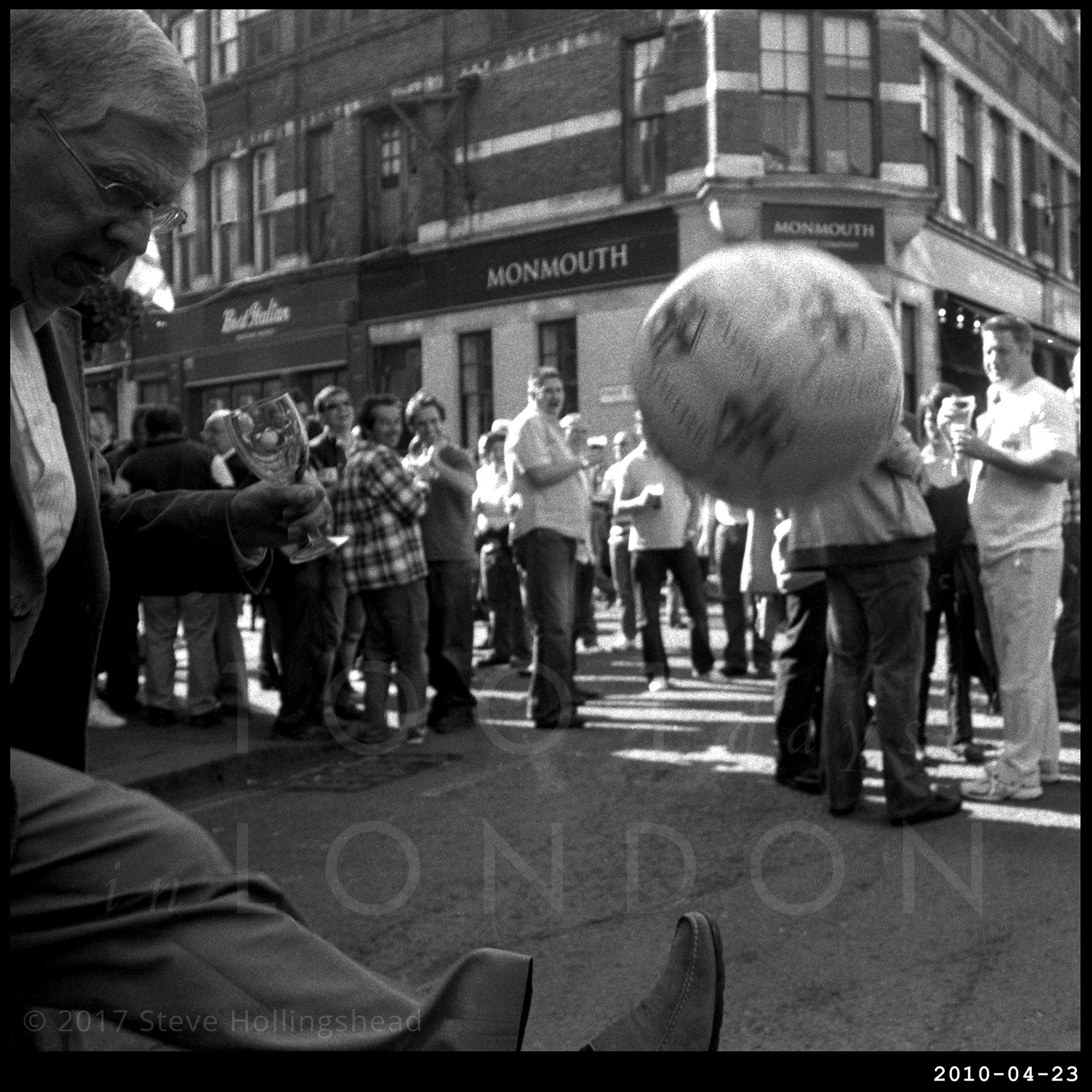 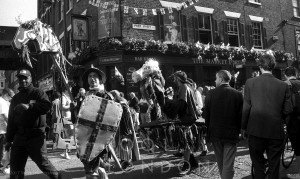 If there’s any part of London that could claim to have an affinity with the celebrated Turkish-born Palestinian who never set foot in this country, then it has to be North Southwark: there’s Little Dorrit’s church of St George the Martyr, the local Catholic cathedral is also named after him, as is the last remaining galleried Inn in Borough High Street [not that it seems all that bothered about its history these days] – all of which have their own approach to celebrating St George’s Day, occasionally becoming a tad lairy in the latter of these venues. 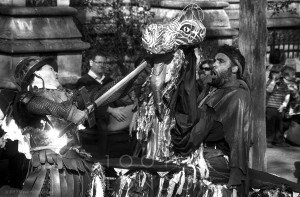 Meanwhile, not wanting to miss out on a foodie tie-in (following the success of Bastille Day celebrations here), Borough Market has also recently got in on the act – cunningly taking advantage of it’s association with Barcelona’s La Boqueria market for a Catalan angle of the Sant Jordi’s Day. 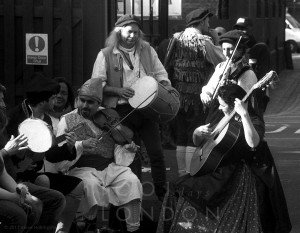 And having secured a rare street closure for the evening, the locals partake in those most quintessential of English pastimes: drinking silly amounts beer and being useless at football. 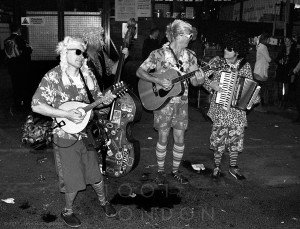 Regular local performers the Lions part are on hand to present their take on the story – and also take part in an impromptu jamming session with some visiting Catalan musicians – and legendary street performers Cosmic Sausages take us into the night with their impressively extensive repertoire of covers. 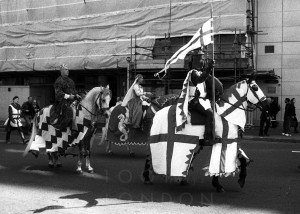 Oh, and just over the river, there’s the first St George’s Pageant to pass through the City of London in 425 years, apparently, and there hasn’t been one since – maybe if the route started and ended at a pub it’d be considerably more popular?