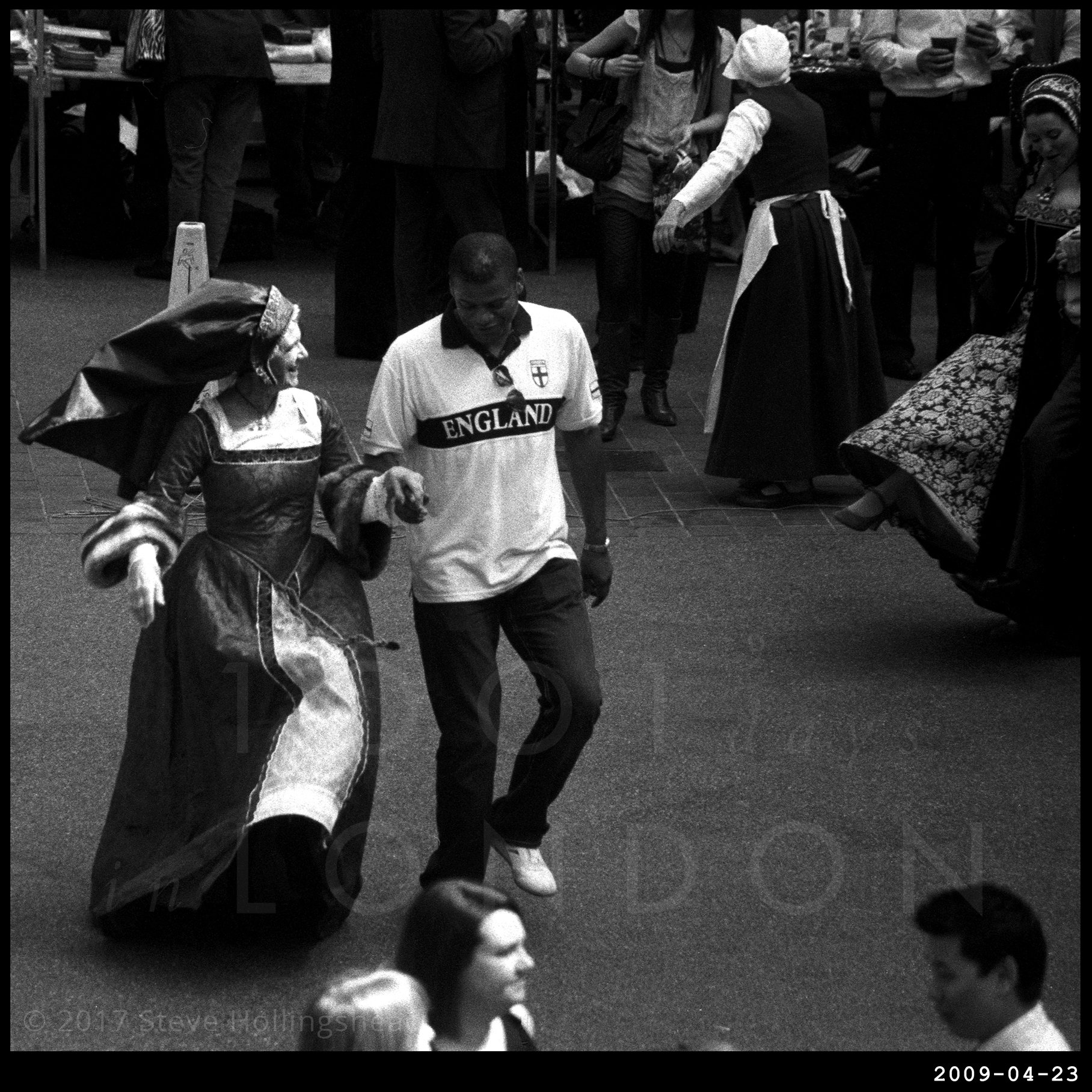 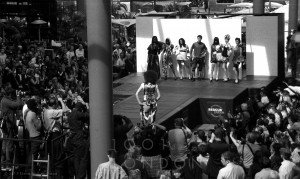 A major part of the redevelopment of the new Old Spitalfields Market has been the installation of a central pavilion of up-market-ish eating franchises which effectively splits the area into two semi-autonomous spaces, with the added bonus of a mezzanine level, so that diners [well, some of them, anyway] can look down on the various specialist markets and associated activities going on below. 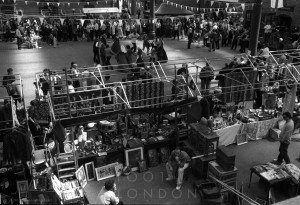 And that mezzanine level proves particularly useful today for, not only do you get a more elevated view of the presentations by upcoming designers at the Alternative Fashion Show on one side, whilst across the way you can look down on the market’s latest attempt to Give The Public What They Want with a St George’s Day event. 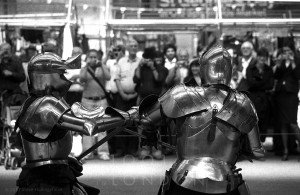 As has been mentioned before, the insistent demands from all and sundry for St George to be properly celebrated is rarely matched by the general masses actual enthusiasm to take part.

Still, they’ve made a game effort of it here, with [in the absence of any dragon] some battling knights, some traditional medieval dance moves, traditional beer and traditional face painting. 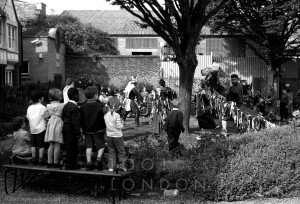 The dragon, incidentally, is being kept busy across the water in north Southwark with our friends the Lions part, being slain – yet again – in the charming Red Cross Garden as part of the local St George’s Day Festival.

And this, no doubt, is the sort of music they’d be listening to on their shining medieval Iphones.