It’d be interesting to know what Cecil Sharp (he who is credited with saving traditional English song and dance from near extinction in the early 20th Century, and founder of the English Folk Dance Society – now the EFDSS) would have made of this, or, indeed, John Ruskin, whose Victorian idealised interpretation of May Day still carries on to this day.

Yes, it’s one of those Traditionalists versus Modernists arguments, presumably to be debated over a pint or two of barrel conditioned bitter (or a Craft ale – depending on your choice of poison). These are Folk Dance Remixed – a dynamic fusion of traditional and urban contemporary, with some much needed multiculturalism thrown in, who are leading the way in making this kind of thing more relevant to popular culture of this generation. 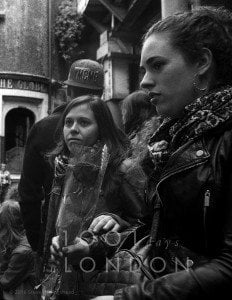 They’re performing at a St George’s Day event in Borough Market, a venue which is likely to feature on more than entry over the next 800 or so, so we won’t say much about it now, apart from mentioning the fact that the market uses its St George’s Day event to showcase its Catalan connections (where St Jordi is also well known for slaying dragons) which is why so many people are wandering around clutching roses.

And I think it appropriate that local Mysteries author and poet John Constable can see us out with his St George & the Dragon Rap.

Meanwhile, not far away… 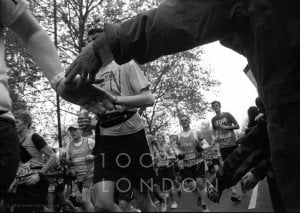 Thousands of runners in variable degrees of exhaustion are approaching Tower Bridge in the London Marathon, with an awful long way still to go…