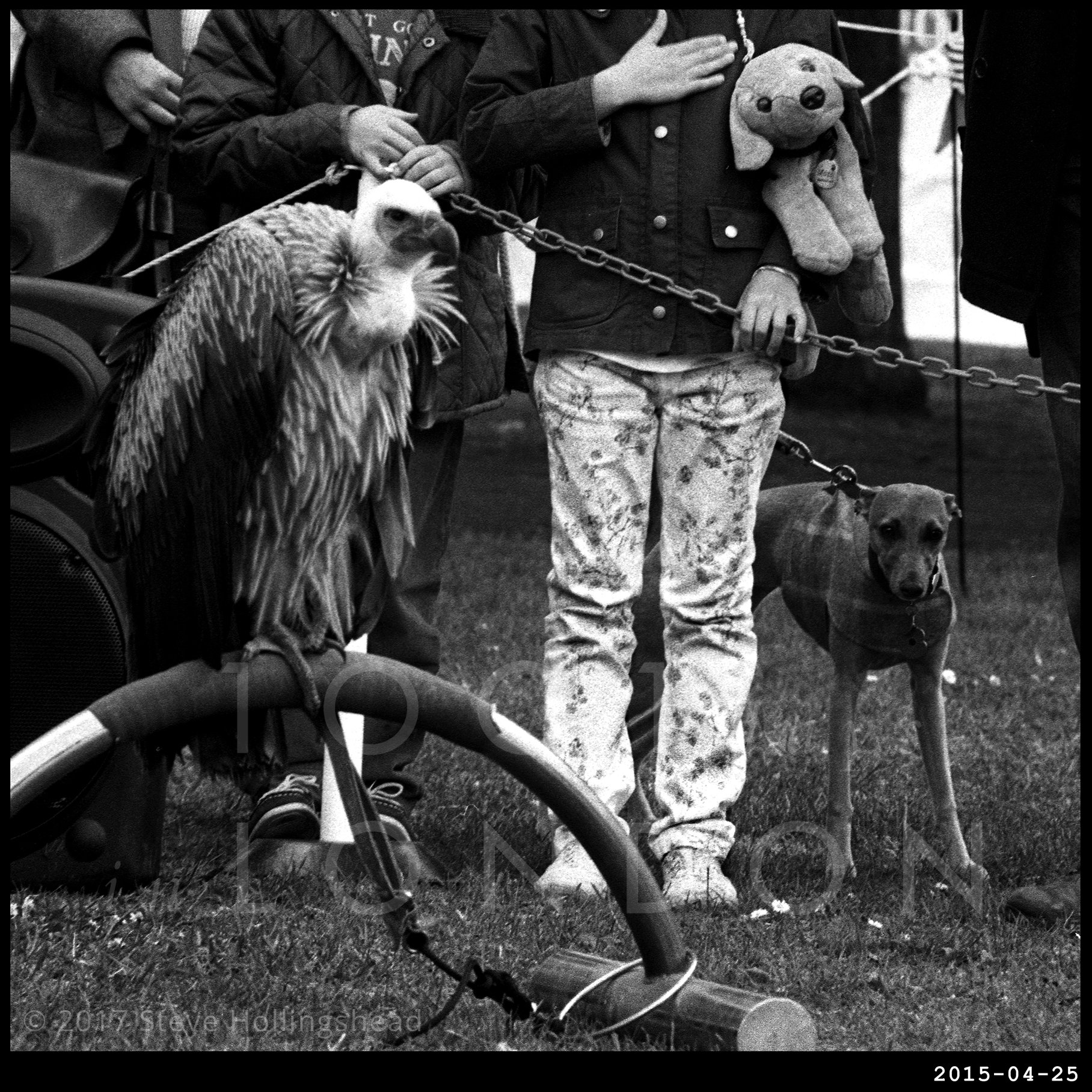 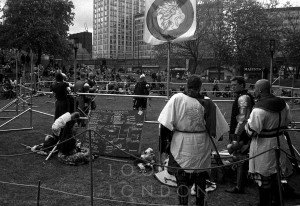 In recent years, the at-one-time notorious verdant playground that consistently attracted thousands of 18th century socialites to the south London suburb of Vauxhall has, thanks to local enthusiasm and the support of the local Business Improvement District, spruced itself up enough to officially reinstate the word ‘Pleasure’ to the park’s name [although, from a LGBTQ point of view, there’s been no shortage of that in the area for a number of years]. 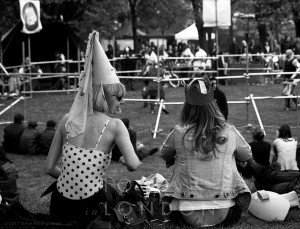 As part of this ‘improvement’ a number of events have been organised to encourage locals to utilise the space more, from open air film screenings to fire festivals [sadly the latter hasn’t fared too well of late…], in addition to the already popular sports day and the famous city farm.

So, today we’re presented with the local interpretation of how to celebrate England’s patron saint with an event that, unusually, doesn’t revolve around the consumption of alcohol – although event hosts the Tea House Theatre will cater for any refreshment needs on the day. 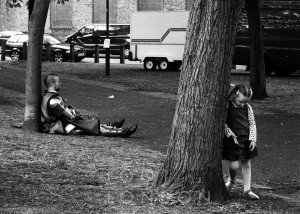 Taking centre stage here is an energy sapping medieval clouting competition provided by UK representatives of the [internationally renowned] Battle of the Nations organisation – and whilst the weary combatants are enjoying a bit of a breather, the Falconry Centre team move in to give their feathered charges an opportunity to stretch their wings a little. 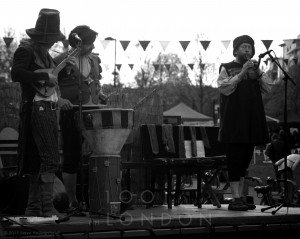 There’s live music of course, and keeping with the theme, this jolly trio [with or without their young Bez wannabes] entertain the gathering with some of (what might have been) the hits of the era.