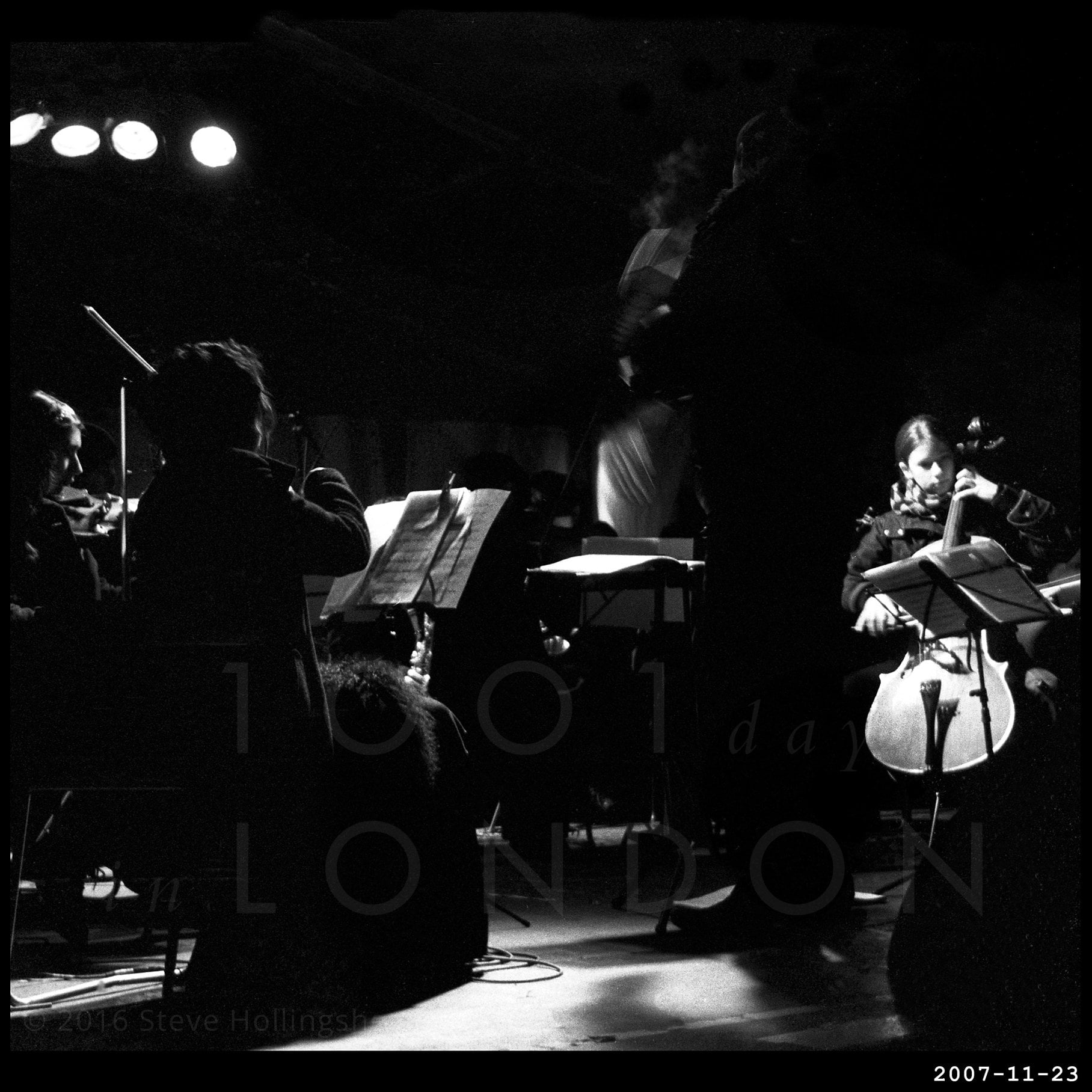 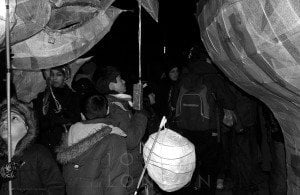 A long, long time ago – way back in 2007 – the people of the UK were actually quite happy to be directly connected to mainland Europe, albeit via an underground tunnel (hard as it is to believe now). So much so that they dumped their original rail terminal in Waterloo for a smart new one at St Pancras to which trains could travel faster – which is all well and good, unless you happen to live near Waterloo station, in which case it’s a bit of a bummer. Oh well, at least we’ve got some new shops to look forward to… 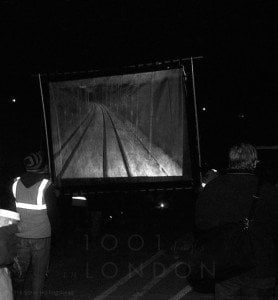 Anyway, it stands to reason that some sort of celebration was called for, and lo, Camden Council and Eurostar managed to put together a week-long cornucopia of events cunningly titled ‘Arrivals’.

The Festival culminated a night time audio-visual circus extravaganza, ‘ETA’, making use of part the area behind King’s Cross & St Pancras stations (which has since disappeared as part of the former’s recent epic redevelopment). 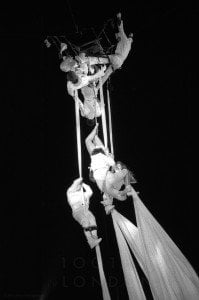 Commencing in (what was) Battle Bridge Road, the audience was led by carnival procession and mobile projections to a ‘secret location’ nearby where the (literally) well-chilled crowd were treated to performances from the combined skills of Bassline Circus and les Studios de Cirque de Marseilles (here’s what they generally get up to). 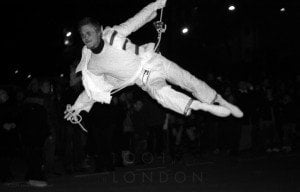 We also had a live orchestra – not any old orchestra, mind, this lot were the London Breakbeat Orchestra, who sadly don’t appear to be around anymore, which means we’re missing out on this sort of fun.