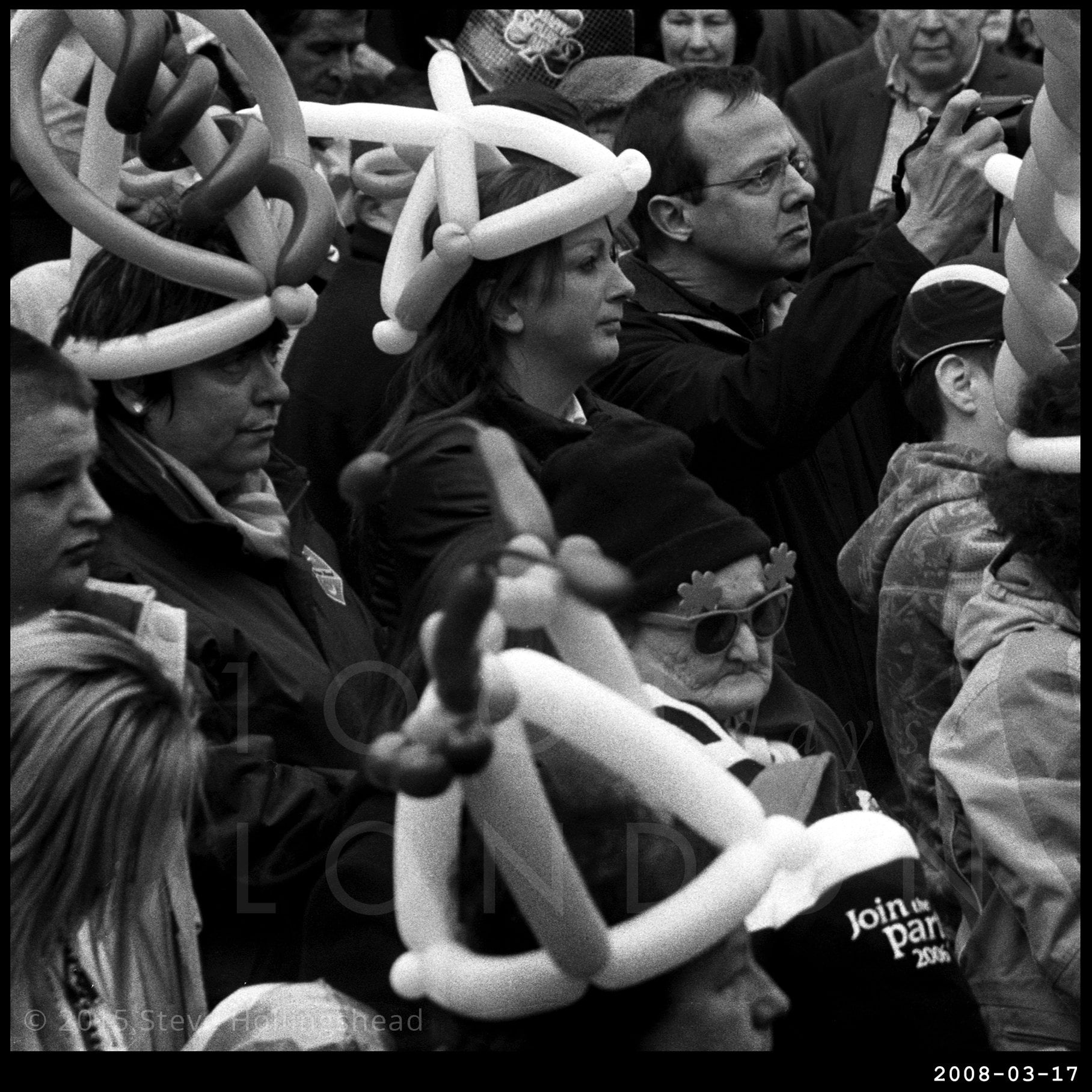 St Patrick’s Day – that extraordinary global phenomenon, which started as a sombre commemoration of the 5th century slave-become-bishop who managed to rid Ireland of snakes (no reason to doubt that at all…) & convert lots of pagans to Christianity, to the International celebration of all things Green it is today.

When people talk of St Patrick’s Day celebrations in London, they generally refer to the Big Fella of a Parade that trundles its way through the West End to Trafalgar Square, where everyone’s gone green & there’s much partaking of the Black Stuff.

Well, that’s all fine & dandy, but the capital’s Irish community like to mark the day in their own back yards as well, be it in Southwark, Camden or Brent. 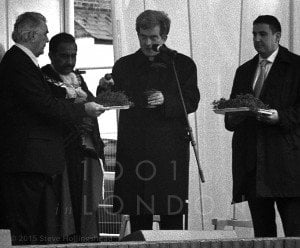 In Brent, they’ve had their own, slightly more modest parade (& thanks to central government cuts, so modest it’s now non-existent) – led by St Pat himself, beginning behind Willesden Green station & proceeding to the local library & cultural centre for music, food & drink & the blessing of the Shamrock by the local priest, which the gentlemen and ladies above are eagerly anticipating.

London Irish music, then (saving The Obvious Band until some other time…).