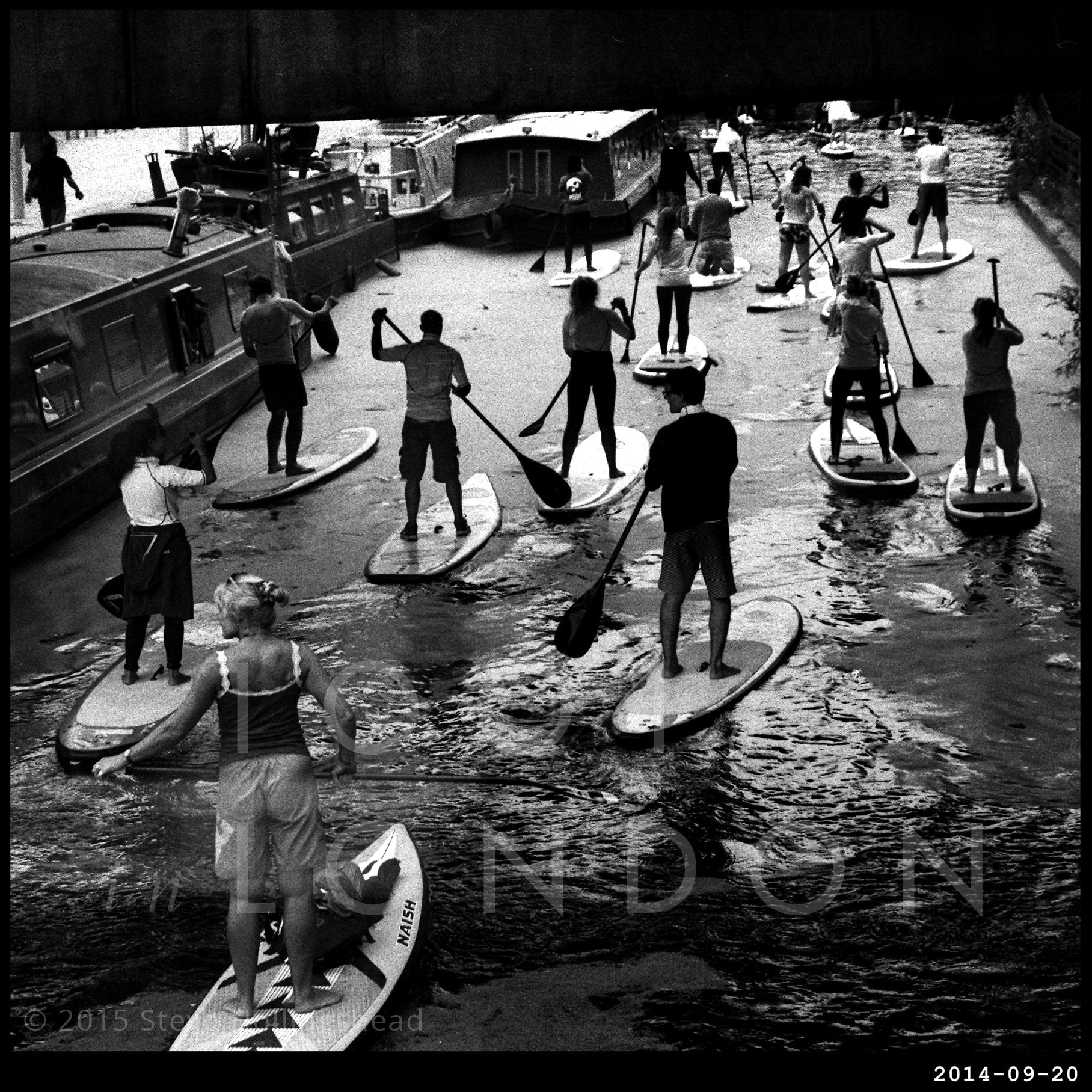 Tucked away behind HRH’s favourite hospital & surrounded by swanky new developments is the Paddington Arm of the Grand Union Canal, a much smartened-up extension of Little Venice from its somewhat dingy past, Paddington Basin now boast a number of new bars & restaurants, two state of the art bridges & a base for ‘the world’s fastest growing watersport’.

Stand Up Paddleboarding (or ‘Polesurfing’ which nobody except me calls it) is one of those Why Didn’t We Think Of That Earlier concepts, creating a new activity by mashing up two established ones.

Naturally with something like this, tracing the history isn’t all that easy. Suffice to say, it didn’t start in an old canal in North London round the back of a mainline Railway Terminus – probably somewhere like Hawaii, where messing about in the water is generally a bit more energetic than in Paddington (or Kew or Putney for that matter), but is still considered a very healthy activity – it even has celebrity endorsement. I could say we’ve been doing this kind of thing in London for years, but that wouldn’t be strictly correct. I could also say I’ve managed to find a song about Paddleboarding, but that wouldn’t be strictly correct either…