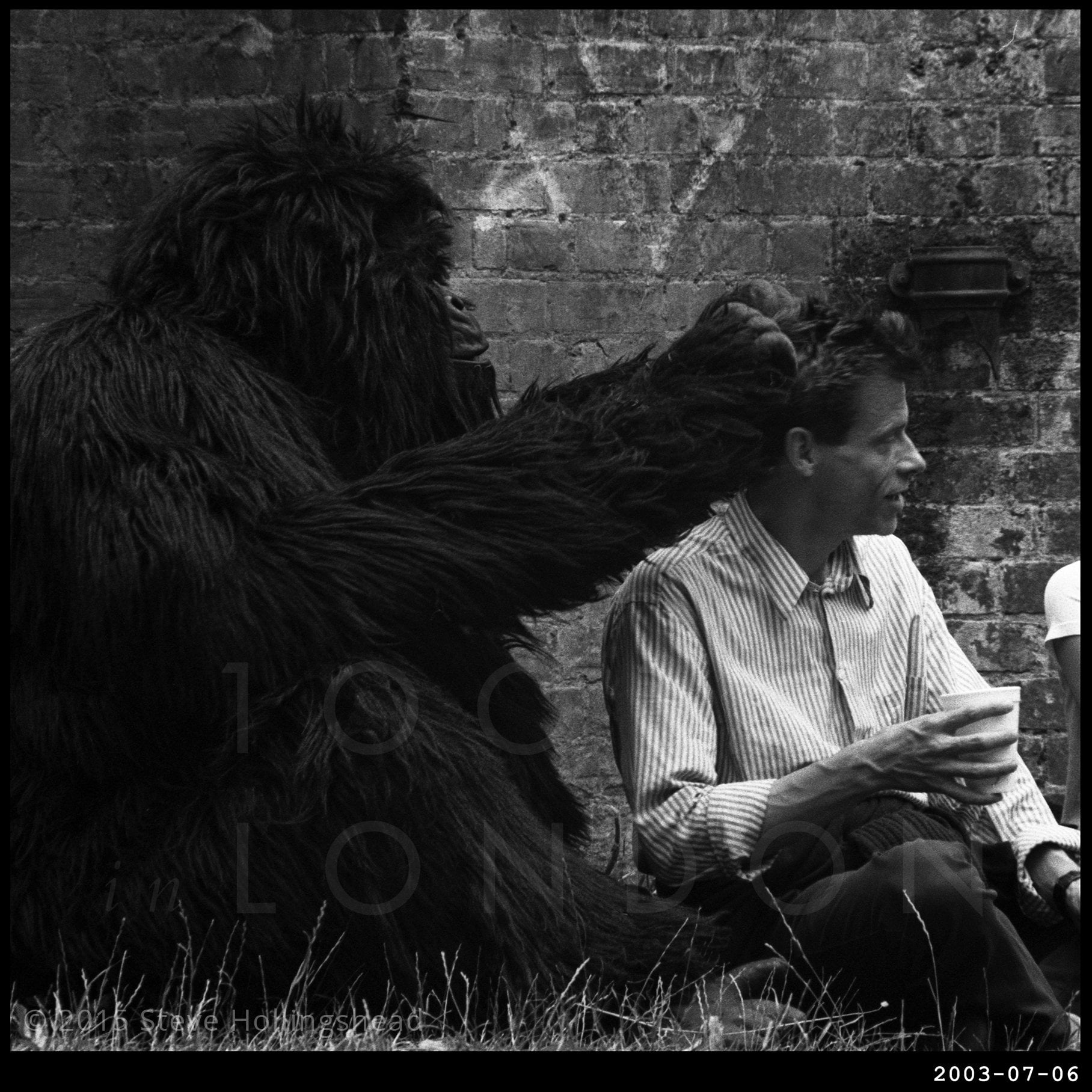 Yes, you’re probably thinking: ‘that’s not very realistic’ but this was probably the best David Attenborough look-alike the organisers could find. Oh, you mean the other fellow. Well, it’s either a migrant mountain gorilla doing some freelance hairstyling work, or someone dressed in a costume as part of an event raising awareness of the risk of gorillas becoming extinct in Africa. My money’s on the former.

This is all happening in the wonderful & historic Abney Park Cemetery in Stoke Newington. Abney Park is famous for being one of London’s ‘Magnificent Seven’ cemeteries, being the final resting place for Sally Army founder Charles Booth and for being the backdrop for this. It seems, though, that it’s not just known as a place to lay flowers on graves. Stoke Newington of course is famous for somehow being able to hang on to its trendy-yet-edgy status due to the fact that not everyone loves the 73 bus route. 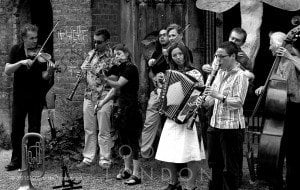 Anyway, we’re here today because of a summer community event which also featured music from local talent Beskydy. This is them performing more recently, and this is an American band who presumably chose this moniker to reflect their just-a-little-bit Gothic view of life.