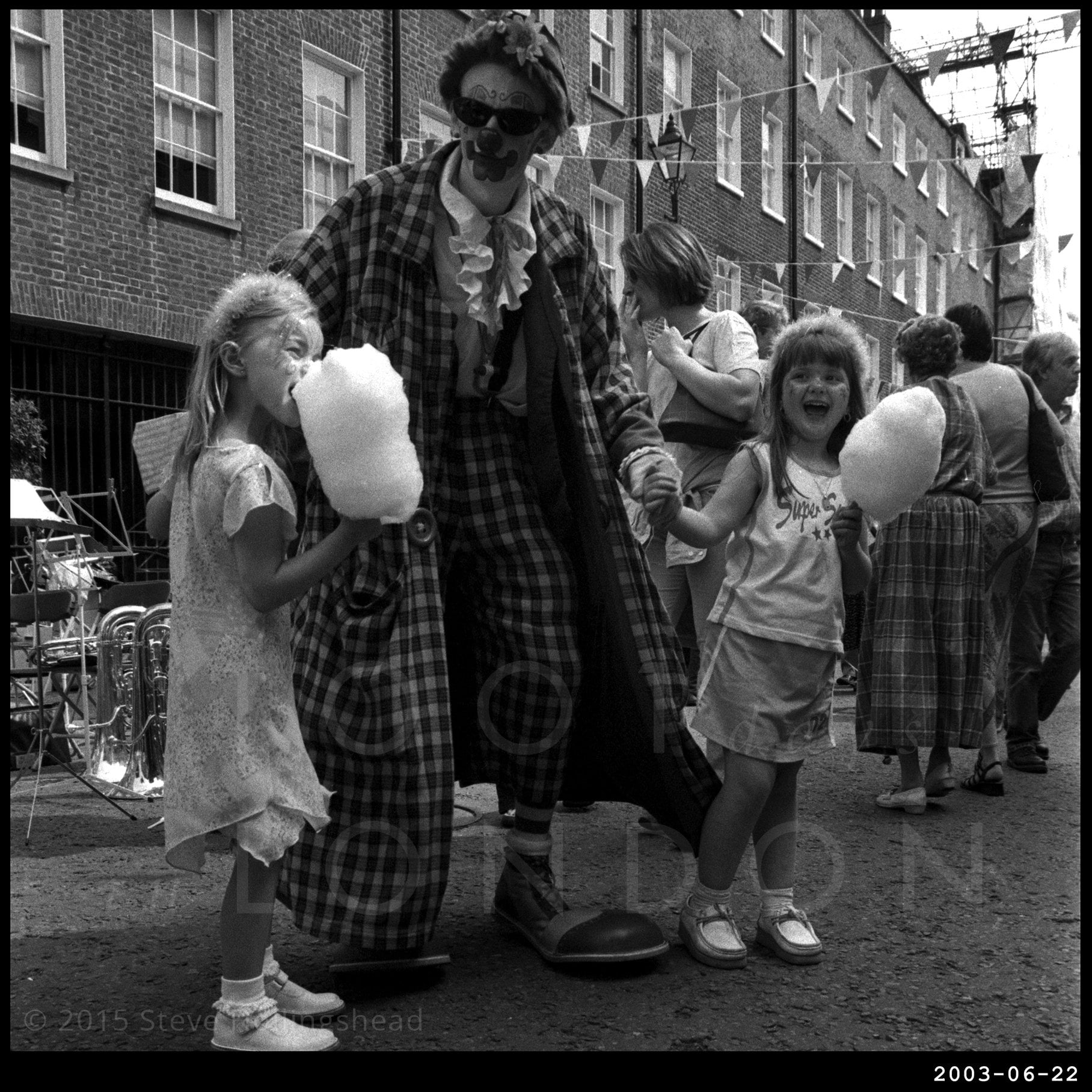 This place no doubt regularly turns up as a question in one of those annoying trivia pub quizzes – something along the lines of ‘which street in London isn’t actually in London?’ and yes, the answer is this place, technically speaking. Back in the 13th Century the then bishop of Ely had some land here & when he died he left it all to his diocese in Cambridge, which, had the idea occurred to a few more people, would have made London a more interesting place, being that until recently the City of London constabulary weren’t allowed into the area without permission from the Beadle on the gate.

Anyway, this is the small but perfectly formed annual Strawberry Fayre, held in the street that also possesses one of London’s oldest Catholic churches and one of its more intriguing pubs.

Following the Reformation, Sir Christopher Hatton was given the run of the place thanks to being really quite chummy with Elizabeth I, and generously gave his name to the street next door famous for expensive matrimonial treasures and the occasional heist.

The Strawberries in the name, incidentally, hark back to when the area was mainly fields and (amongst other things) a lot of strawberries were grown in them (I don’t think they have to ship them down from Cambridgeshire these days). Oh, and there’s some music too.