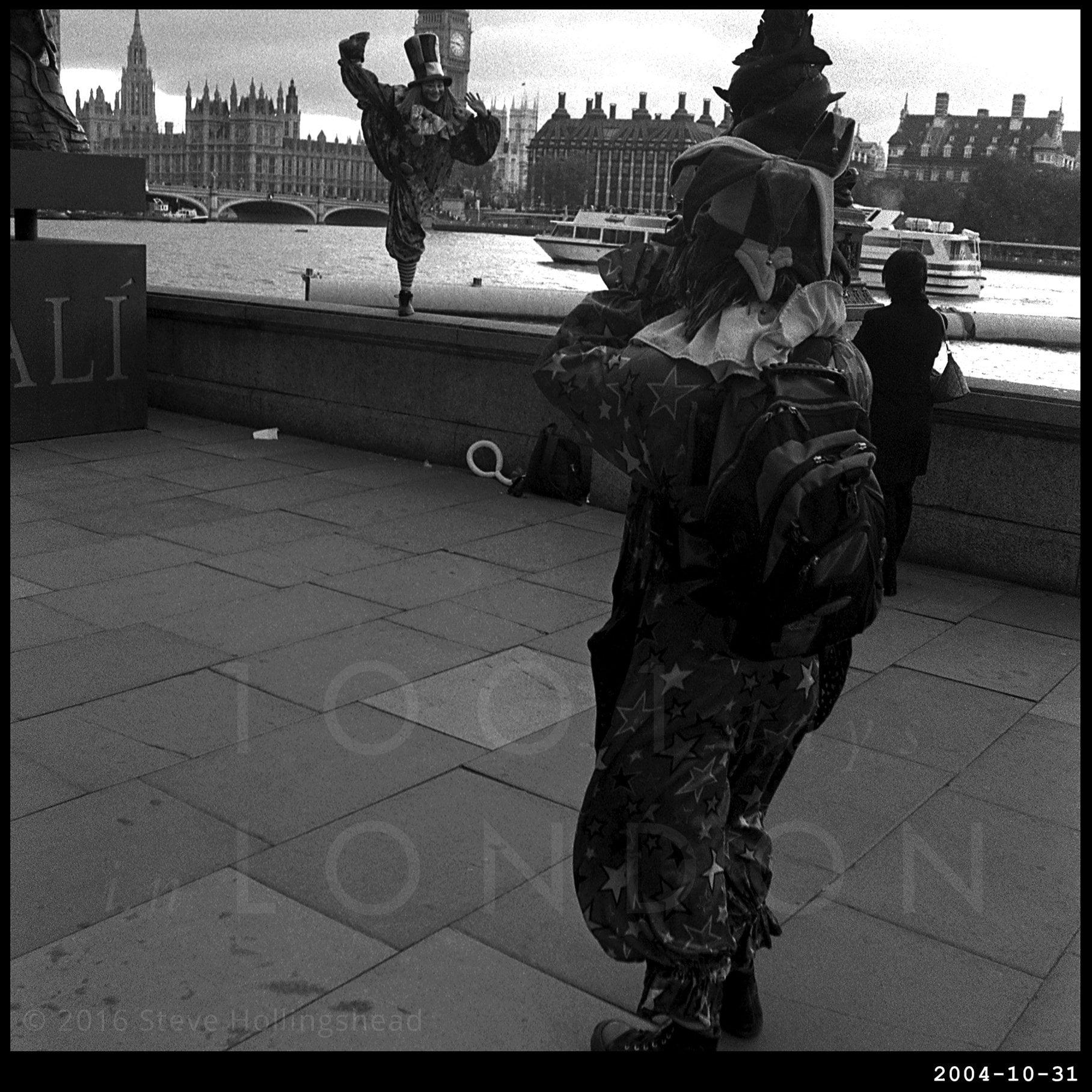 This may look a perfectly normal(ish) holiday snap opportunity: for here we are on the Queen’s Walk in front of County Hall (as if the Queen’s ever bothered to pop over here for a quiet Sunday afternoon stroll by the river…) with the Palace of Westminster in the background. And she’s even making it a bit quirky by holding her leg up in the air. 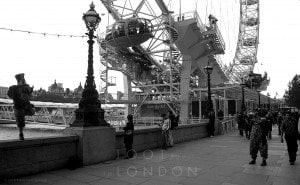 What you can’t really see from this angle is that she’s balanced on top of the river wall, with either the Thames briskly flowing by a few metres below her, or if it’s low tide, a considerably longer drop to the hard shingle of the foreshore. [*shudders*]

I’m not actually entirely sure whether this couple are a part of the army of South Bank ‘human’ statues or itinerant street performers having a break – or even genuine jesters on holiday from the royal court just seeing the sights. Whatever, they are definitely not clowns, so we don’t have to be scared of them. 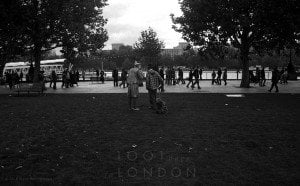 It’s possible (at a stretch) to find an element of the surreal about the scene, which would be apt, as, we’re standing outside the chunk of the former home of London’s Government that currently houses [in 2004] the Dali Universe Museum. Ten years from now the same venue will be occupied by the London Dungeon, but let’s not go back to clowns again. 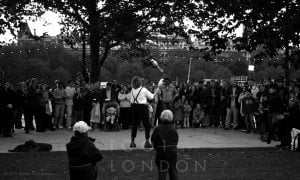