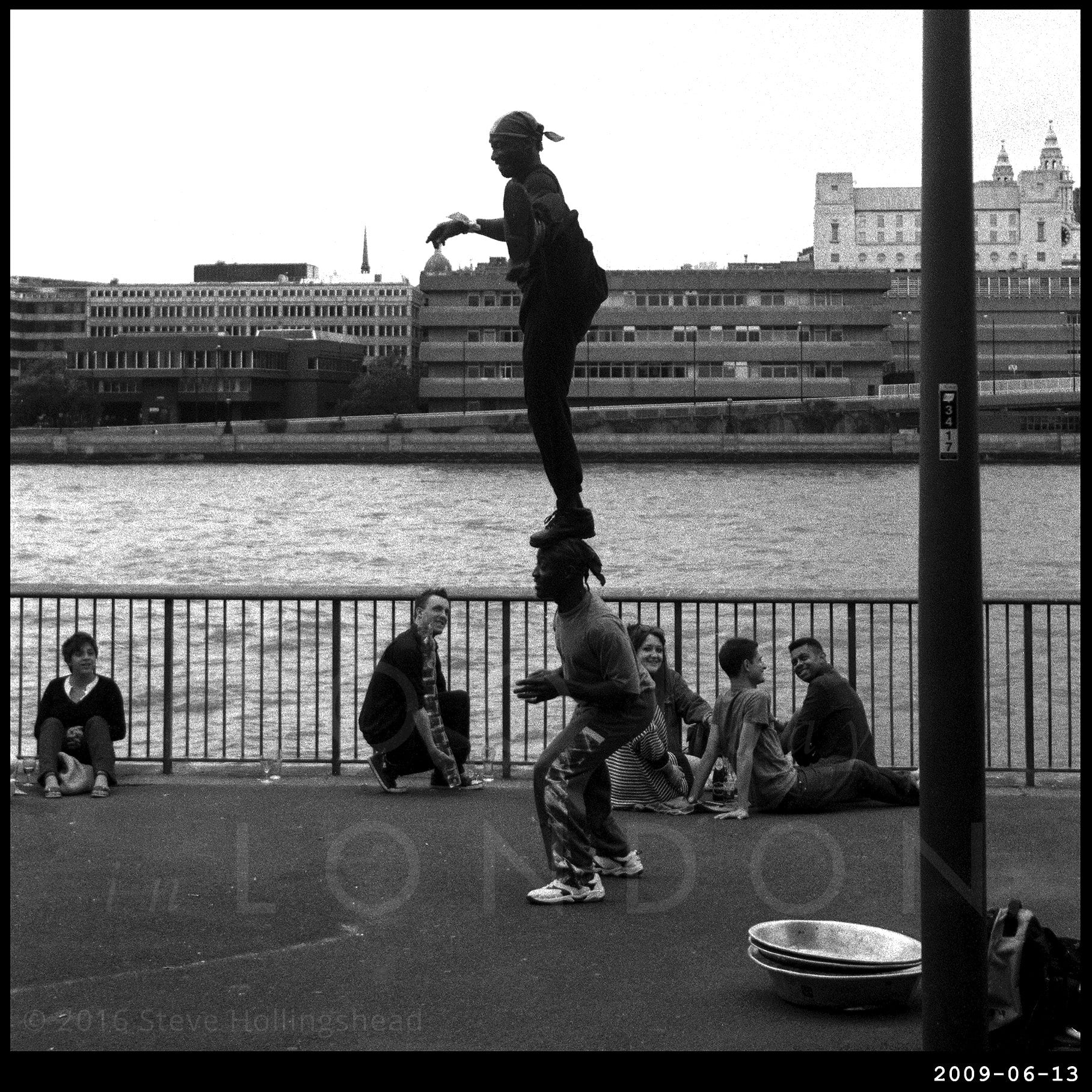 Here we are at Bankside, one of London’s great historic streets: home to the famous ‘stews’ and theatres of the Tudor and Stuart England, integral part of London’s great docks of the 19th & 20th centuries and home of Giles Gilbert Scott’s monumental art gallery that was so ahead of its time they had to use it as a power station until modern art became fashionable enough for it finally to be used for its original purpose. Or something like that. 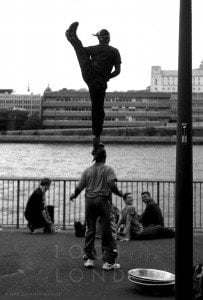 So… here‘s a film featuring a very young looking Simon Hughes battling for the Rose back in the 80’s, this is a recent stroll along the way and here‘s the sort of documentary you really don’t see enough of these days…

Anyway, the local pub the Founders haven’t done too badly out of the deal, and the massive increase in tourism locally has encouraged the odd street performer to ply their trade here, although you’re more likely to see this sort of thing happening down at the South Bank. 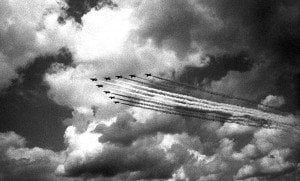 What’s also happening today is it’s the Queen’s ‘official’ birthday (her 83rd, so nothing special, then), which usually means an honours list,  a fly-past and huge crowds watching soldiers parade around Buckingham Palace.

We’re also in the midst of Boris Johnson’s ‘Story of London Festival’ which nobody remembers mainly because it was all done on the cheap and most events were either already scheduled or a bit crap. You might suggest that’s Johnson’s entire tenure in a nutshell – I couldn’t possibly comment. 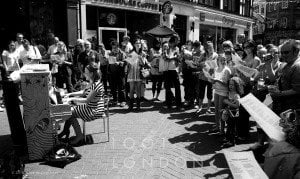 ‘Swinging Carnaby Street’ was apparently part of the ‘Festival’, and was somewhat underwhelming, which is why we have street performers as our pic of the day. And while we’re on the subject, here’s some more local busking.