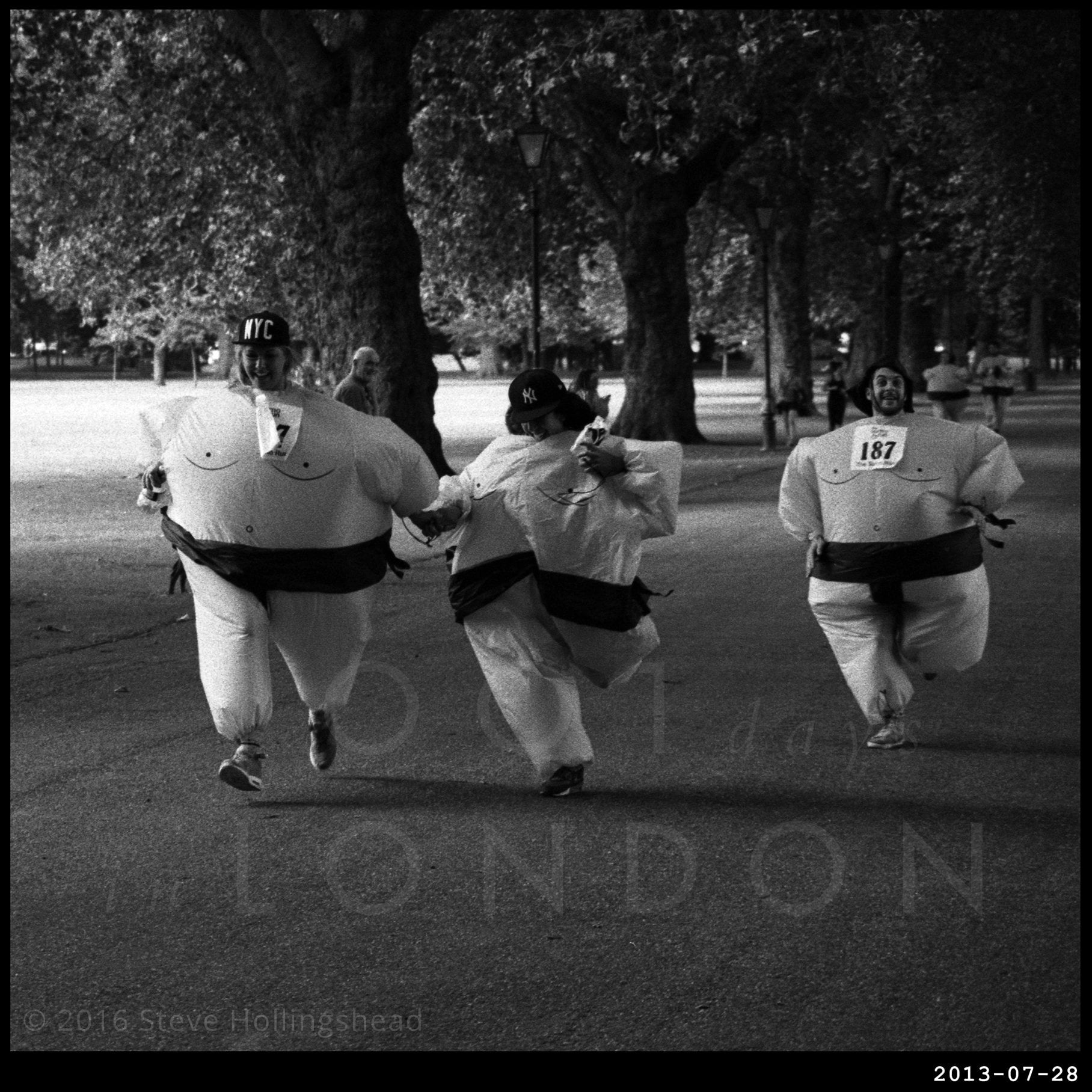 The good people of Battersea can count themselves jolly lucky in that not only do they have a splendid chunk of the river to gaze upon, they also have a beautiful park right next to it in which to stretch their legs in some sort of healthy pursuit. They’re also going to be blessed with a shiny new tube station in a few years time, although any positives that will bring may well be outweighed by a number of negatives.

The park itself, meanwhile, plays host to a number of annual events (although, sadly, not this one any more), and on this particular sunny Sunday morning anyone taking the air before lunch may have been somewhat startled to come across hundreds of roly-poly characters bearing down on them at some pace. 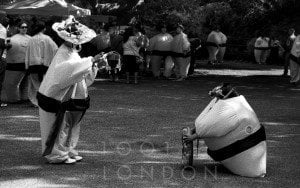 For this is the annual Sumo Run – the notion obviously being that if you’re planning a charity run, then your best bet for attracting participants is to give them something eye-catching to wear and the organisers for this gathering have hit upon the splendidly inflatable Sumo costume in which to throw one’s dignity away for a good cause.

Sumo wrestlers are, of course, highly respected traditional martial artists in their own country (they don’t even necessarily have to be fat) & nationals are somewhat bemused at the seemingly disrespectful attitude of gaijin to their sporting sons, although they didn’t help themselves during the 2002 World Cup with this.

Apparently almost 200 million people have seen the Sumos guesting in One Direction’s Steal My Girl video, as opposed to a mere 10 million for this Weezer tune, so we’ll link to that one instead.