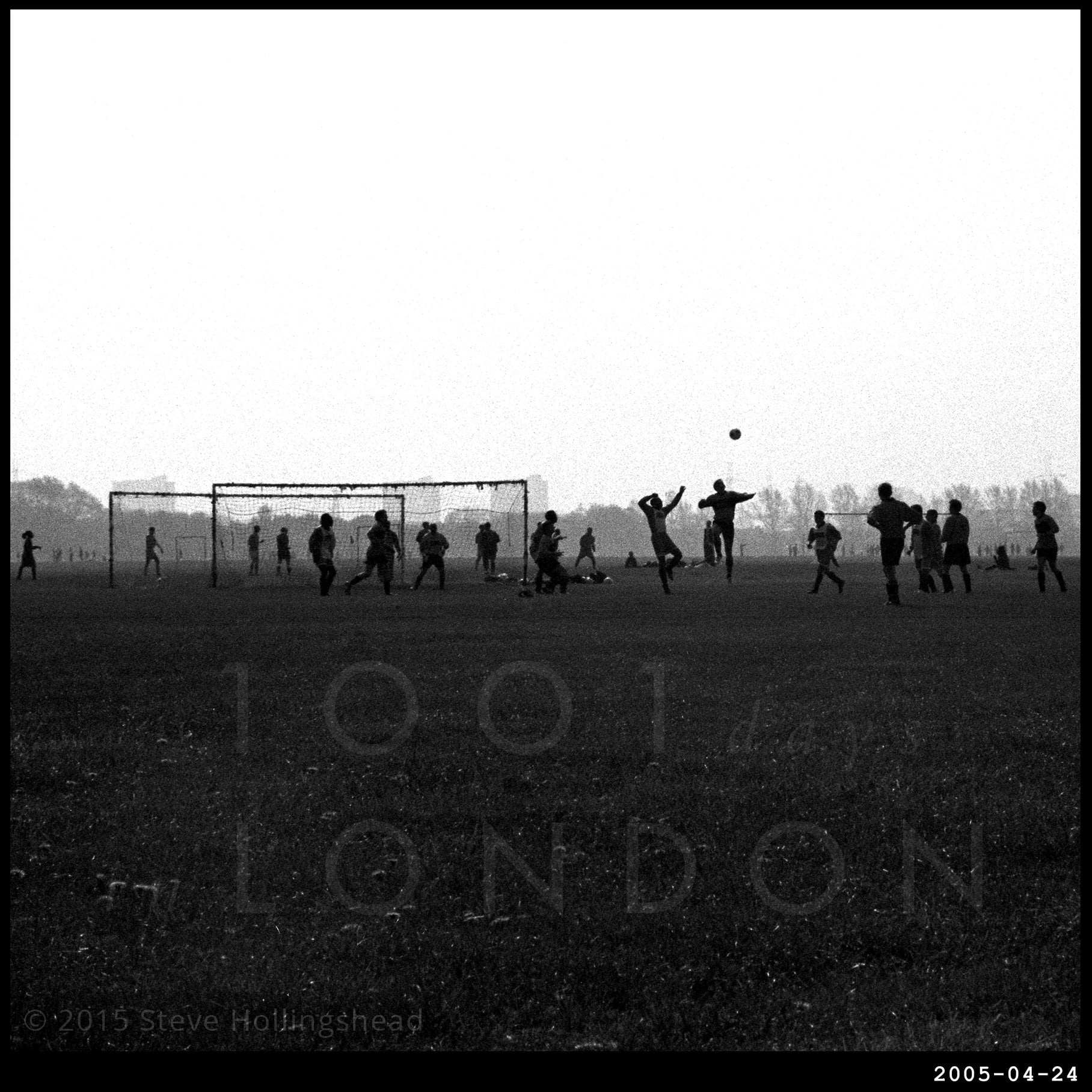 You can’t get much farther away from the world of super-rich footballers (we’re talking metaphorically, of course, seeing as the Mighty Hammers are about to move into the Olympic Stadium just down the road) than the football pitches of Hackney Marshes.

No sign of any brown envelopes and corruption scandals here: this is the true grass-roots of the game, the get-that-hangover-out-of-the-system Sunday sports venue and home of the Hackney and Leyton Football League, amongst others. With over 80 pitches and up to 100 games played on a typical Sunday in peak season, this reclaimed patch of marshland has been a spiritual home for sporting East Londoners for decades. It’s even had its share of famous names treading the turf – some more successfully than others, truth be told.

These pictures were taken when the prospect of holding the Olympics here were little more than a fantasy. Naturally what came afterwards has huge implications for the area & time will tell how much gentrification might encroach onto this great expanse of churned up mud (and that’s not just due to the football).

Tune-wise, there’s this for the hipster-types among you, this is for us traditionalists. And here’s what the London Sound Survey got out of it.