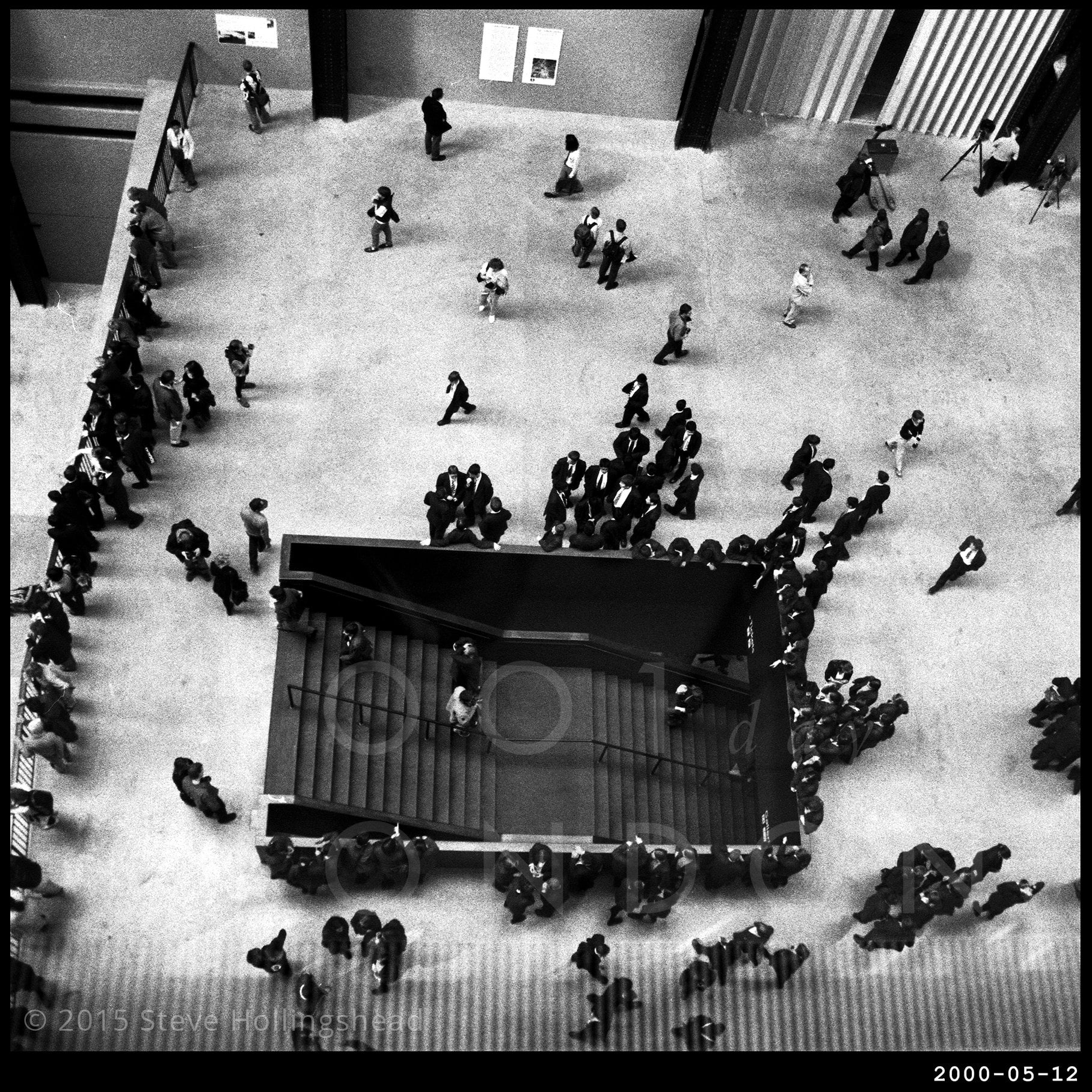 You can tell this all happened in the distant past: there’s a whole load of people exploring this exciting new art space and nobody is recording it (well, apart from this idiot, of course… ok, and that woman in the tower). You can imagine all those schoolkids looking down at their empty hands & despairing at the lack of a device with which to take a selfie to mark the event. 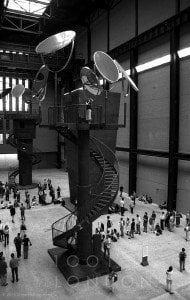 So this is the opening day at Tate Modern (following a bit of a celeb-bash the night before), and, not surprisingly, rather a lot of people turn up for the experience – not so much to look at the art (although the Louis Bourgeois Turbine Hall installation is rather popular – though technically speaking, it’s not the first installation here…), but to revel in the vast space of the transformed former Bankside Power Station. Here is a set of images taken in 1991 by Sarah North and Antony Gormley (yes, him) as a student project.

It may be an exaggeration to suggest that this building has singlehandedly transformed a nation’s (mostly) skeptical attitude towards modern art, but it wouldn’t be too far out. Ok – maybe not everybody’s convinced.

Little did they suspect at the time, that a mere 16 years from this point a huge new extension to the building would be opening to the public. And there will be selfies.

And this is the most appropriate piece of music I can find to celebrate it. 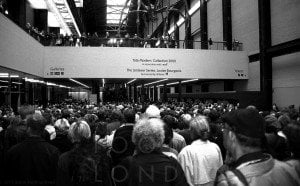