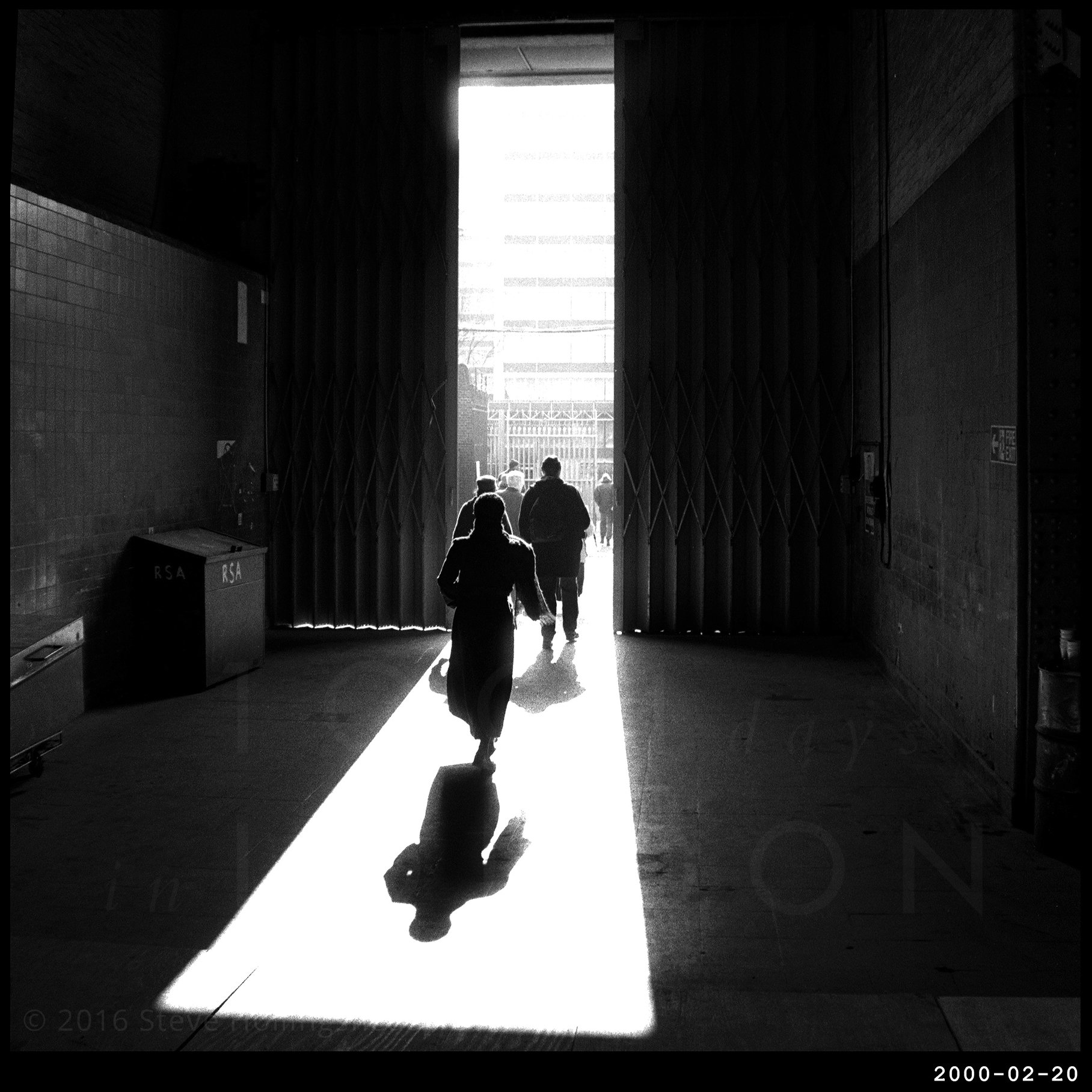 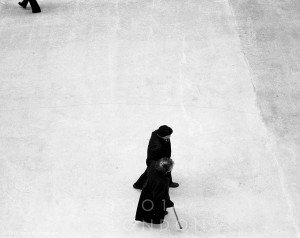 This is the sort of image you might expect to see in a promotional shot for a science fiction film, or maybe to illustrate some sort of philosophical treatise on the theme of ‘heading into the unknown’ – which you could argue would have been quite apt considering the undertaking in question [not that we’d ever stoop to such corny connections here, oh no…] 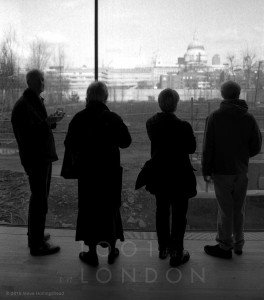 For this is Tate Modern, some three months before it officially opens – and even a few weeks ahead of there being any actual art on display for the journos to have their own sneak preview – one of a select series of previews to local community groups (and Time Out readers), no doubt in a subtle ploy to encourage locals to purchase Annual Membership. Of course it worked. 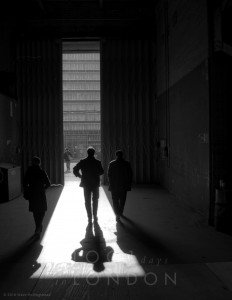 Really, apart from the ‘wow factor’ of the first encounter with the Turbine Hall there’s not an awful lot to experience at this point, though there are a few artifacts propped up outside which look quite interesting.

The doorway to the ‘unknown’, incidentally, is a temporary side exit used to usher us visitors out (towards the unloved and soon-to-be-demolished St Christopher House), which, some 16 years later, becomes the route to the new Switch House Terrace Bar and Shop [finally getting their priorities right, I see…]. 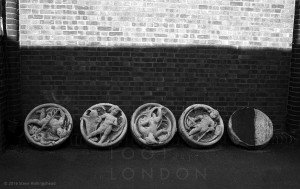 And here’s the theme from Prime Suspect. Why? Because I have it on good authority that the empty offices of St Christopher House served as a location before it was demolished. No, not tenuous at all, then…