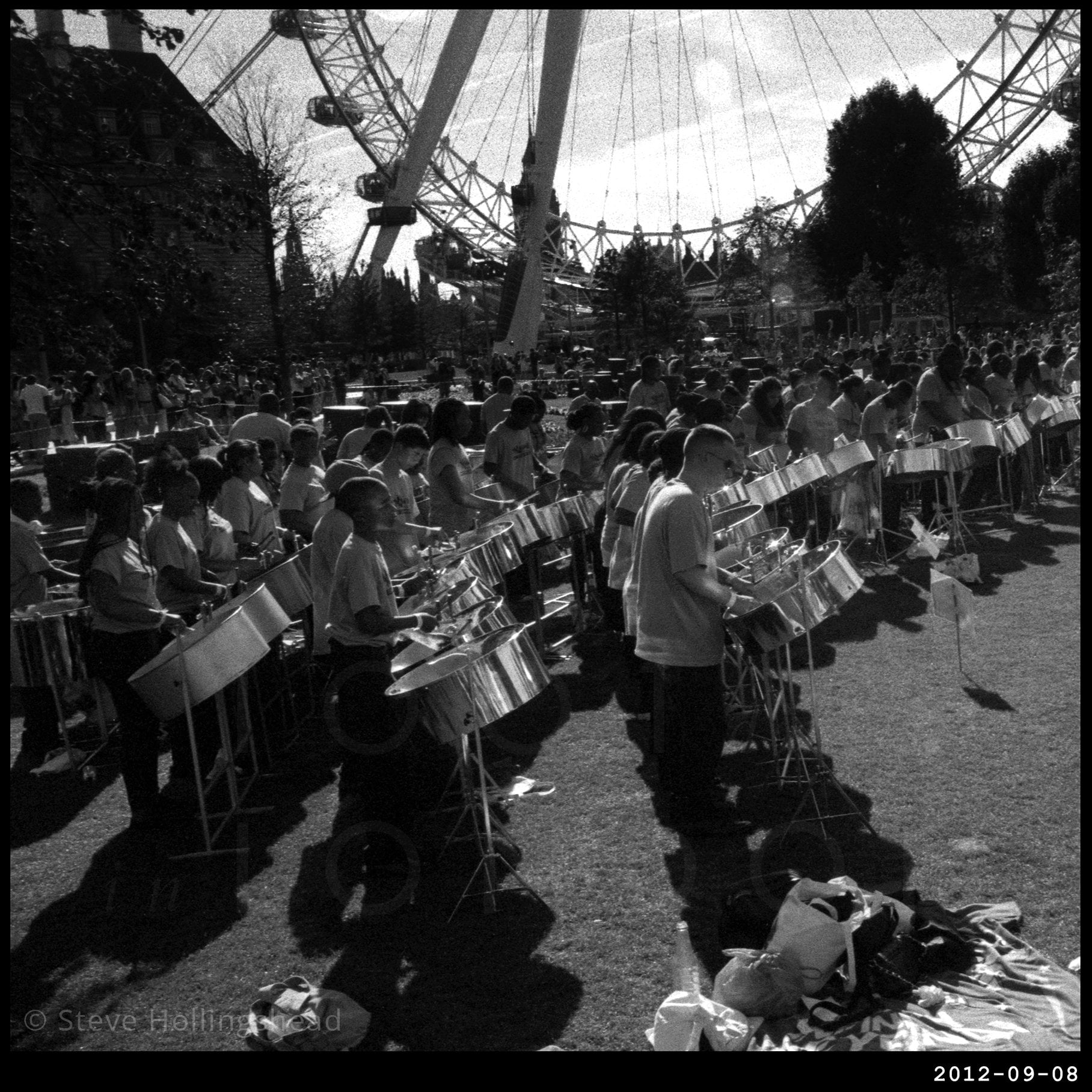 The (Mayor’s) Thames Festival – now the all-inclusive Totally Thames Festival – has been a major contributor to the God, Is It Autumn Already burst of public events which pepper the month of September since 1997 (although the man-on-wire across the river spectacular that year maybe isn’t strictly what you might call a ‘festival’) & as such is naturally bound to feature in this project on a number of occasions, so we won’t go into too much detail regarding the overall event today.

The 2012 Festival, as it turned out, proved to be the last with the unmissable finale of Night Procession & fireworks before the format of the event changed, partly through overcrowding & a desire to spread the event to include much more of the length and breadth of the river, mostly, I suspect, due to Diminished Funding Scenario.

Anyway, 2012 still had some great set-piece events, one of which was this steel pan extravaganza under the shadow of the London Eye. Ok, so they were being a bit optimistic with the ‘1,000’ title (*looks on admonishingly*), but the 400-odd musicians from at least 10 different bands performing Aquarela do Brasil (in recognition of the passing of the Olympic Torch from London to Rio) still managed to create an epic sound, as the wonders of modern technology can allow me to share… 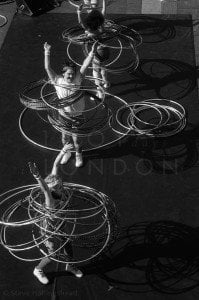 Overlapping with the Thames Festival was the final weekend of the National Theatre’s Watch This Space festival of performances in the square outside the theatre. And here we see the wonderful hoop-la-la gleefully going about their business (not to be attempted by anyone over the age of 50. Ever).