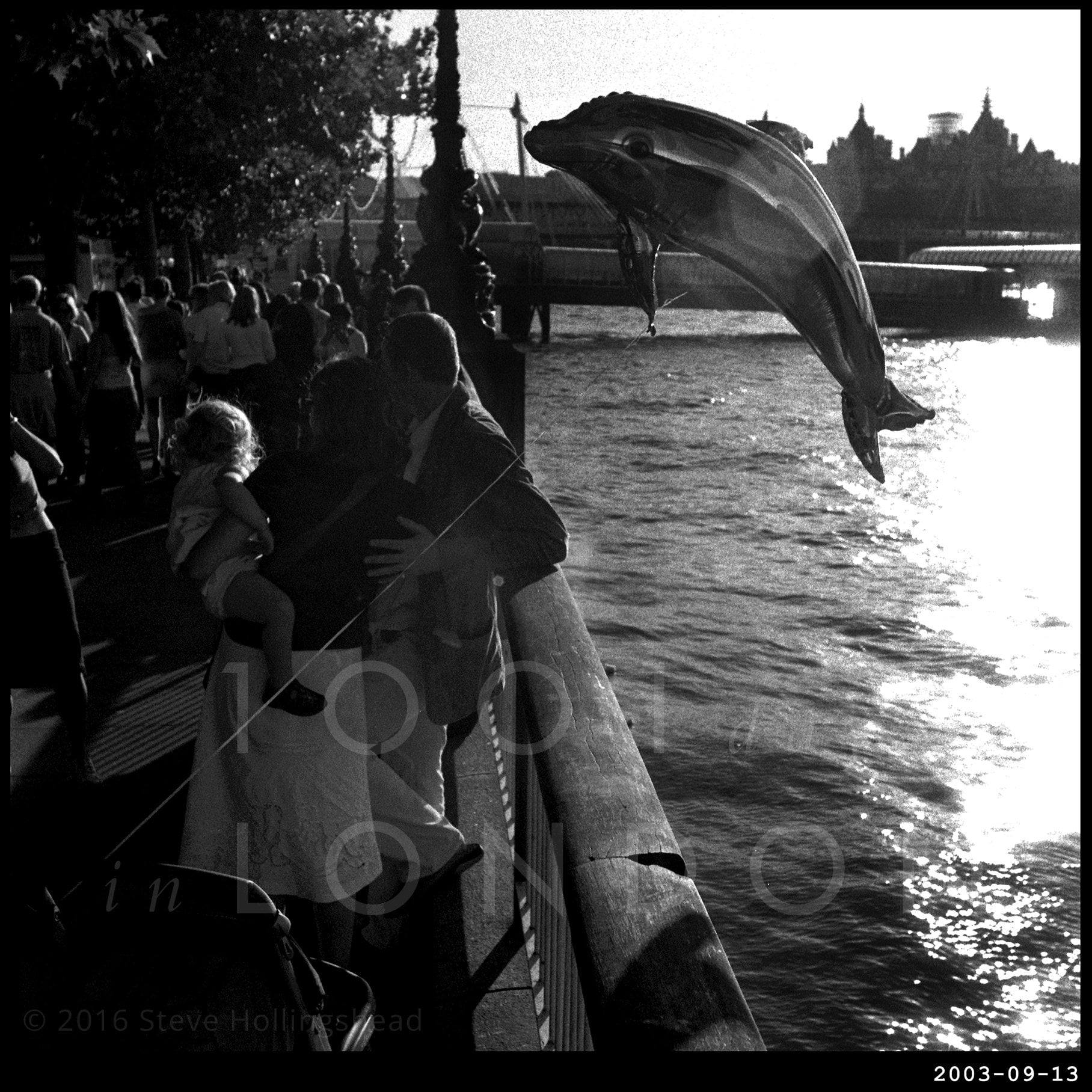 Is this small dolphin leaping from the river during 2003’s Mayor’s Thames Festival attempting to join in with the sense of community and friendship this late summer celebration has engendered? Or could it be some poor beast driven mad by water pollutants in the act of attacking this unsuspecting family? Or maybe it’s just a balloon. Who knows?

The Thames has undergone a massive and continuous clean-up since the dark days of the late 1950’s when the river was pronounced technically ‘dead’ after decades of industrial waste had reduced the oxygen levels to zero. Now, thanks to the work of organisations like Thames21, the river is thriving with over 100 varieties of fish as well as many wildflowers and insects – and the presence of visiting seals and dolphins (and the odd whale) is not as uncommon as you’d think. There’s still plenty of work to be done, though. 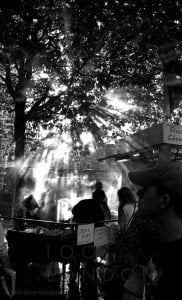 Anyway, back to the Festival: the sixth since Didier Pasquette and Jade Kindar-Martin crossed the river by tightrope in 1997, and growing year on year. It hadn’t quite reached the stage of packing the riverside from London Eye to Tower Bridge as happens long before the decade ends, but it still had plenty to offer, especially Improbable Theatre’s Sticky on the Saturday night.

Not the most obvious choice of tune here (& not for the fainthearted), but you can’t get much closer to the river than this.