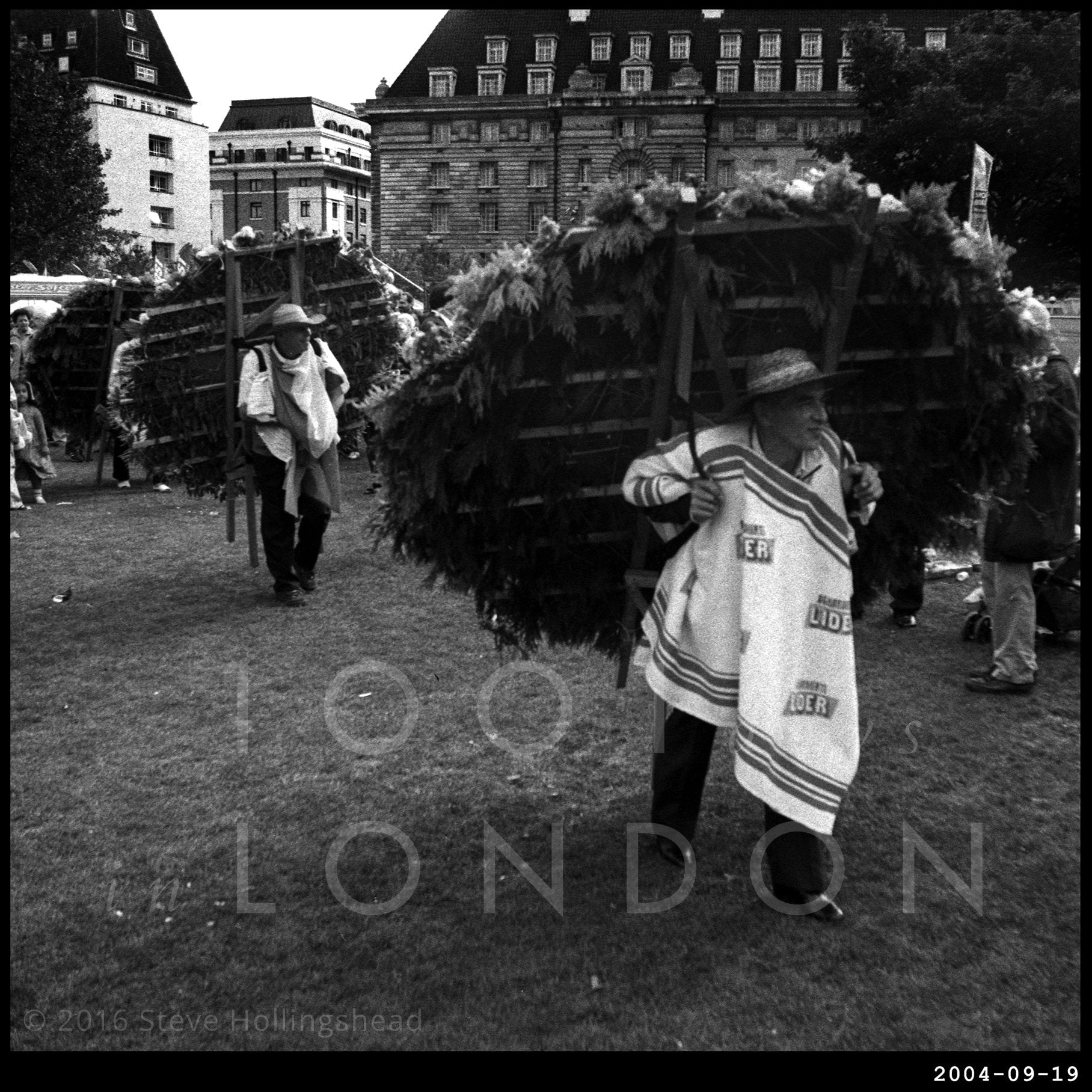 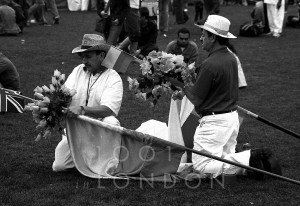 So we return to the Thames Festival – 2004 vintage, which, whilst bigger than 2003, still hadn’t extended the full length of the riverside walk from London Eye to Tower Bridge – which was a bit of a shame in as much as I was presenting a projected slideshow of Thames river images ‘Now and Then’ between Shakespeare’s Globe and Tate Modern, which, in any year subsequent to this one, would have been fairly central, location-wise. In 2004 it was very much on the chilly edge of it all. Still, it’s the taking part that counts.

We’ve also encountered the Colombian flower festival before [though I guess you wouldn’t know from the picture selected], which is included as part of the festival itself (along with a few other tasty events I didn’t manage to get to). There’s a large community of Colombians nearby at Elephant & Castle – for the time being at least – how many will survive the Regeneration of the area is open to dabate.

As mentioned before, this is a big event back home in Medillon, where this tells you how these floral shields are put together and this is the song for their festival in which about half the population seems be involved. 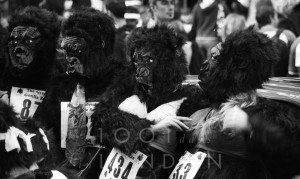 It’s the Great Gorilla Run, well the preparations for it anyway. More on that another time.