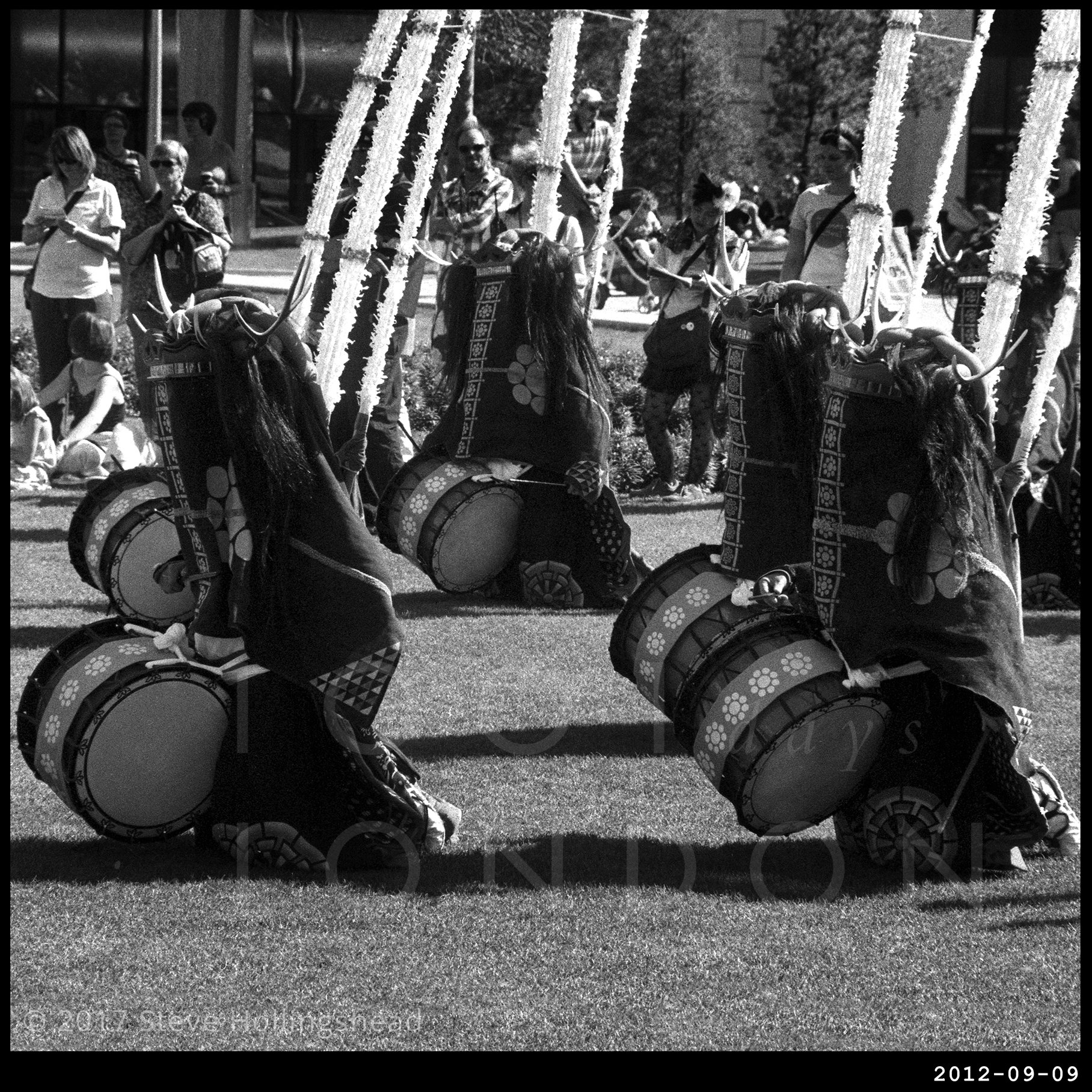 We’ve been to the Thames Festival once or twice already in this blog [oh, and here, here and here as well] and no doubt we’ll visit it again over the next few hundred entries – not surprising, really, as the annual end-of-Summer extravaganza had/has [sort of] one of the most varied concentrations of events and activities to be found anywhere in London. That is until most of the funding ran out…

Anyway, here we are on what would prove to be the last year in the Festival’s original format, and the day begins in bright sunshine with a comparatively modest crowd enjoying an eye-opening presentation of a traditional Shishi-Odori (deer dance) from the Iwate region of Japan – an area that had been devastated less than eighteen months previously by a massive tsunami.

Unfortunately, it seems the current website for the festival appears to have deleted most of its archive – the good news is that Haikugirl was there to provide a detailed analysis of the event in her blog.

Incidentally, the Deer Dance can also be found in a number of Central and South American cultures. There’s also this slightly raunchier version. And here are some real dancing deer.

This weekend also provided what was to be the last of the much loved Night Carnival processions – except yours truly missed it all, choosing instead to spend the evening with the enthusiastic crowds enjoying some black & white photos being projected on a big screen near Tower Bridge.