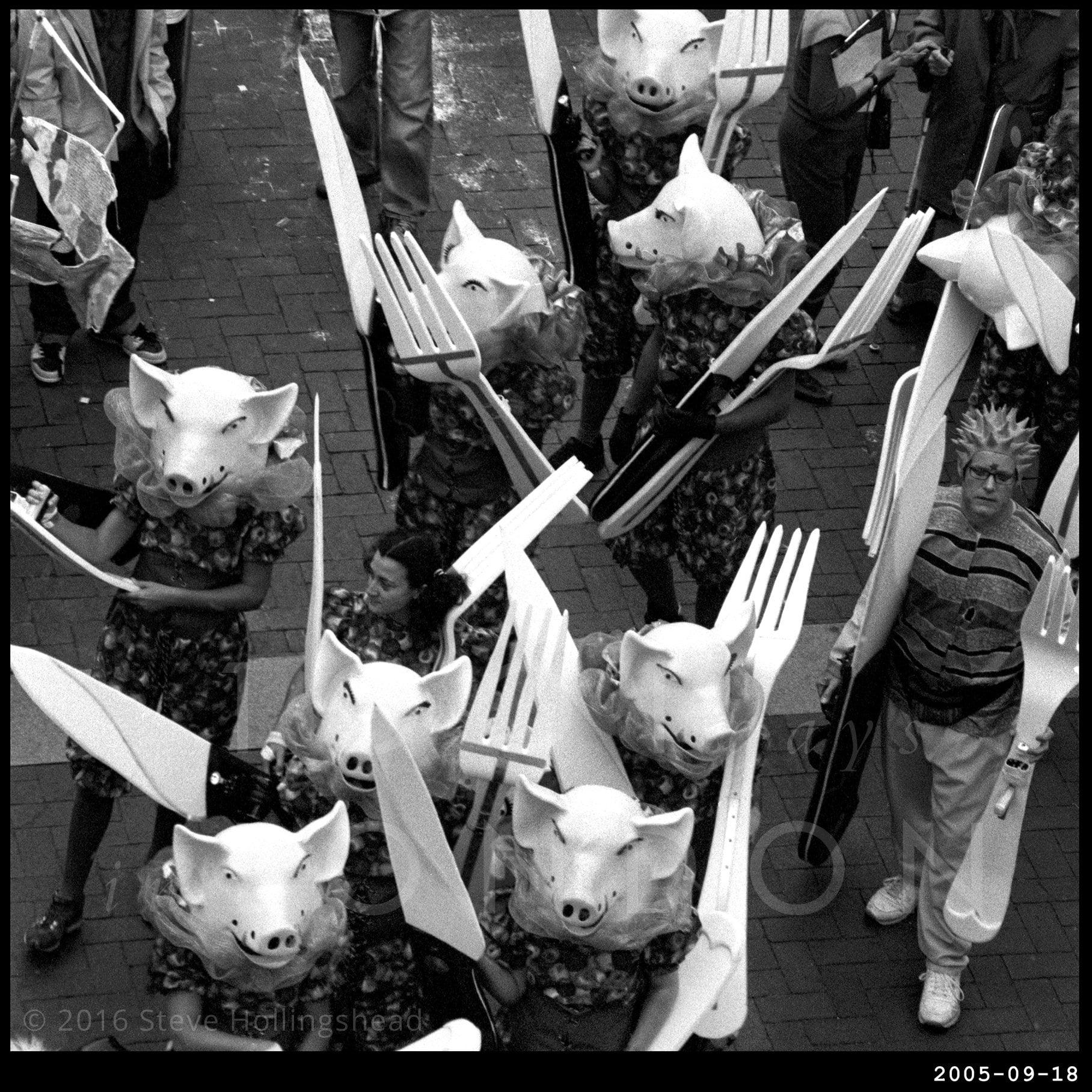 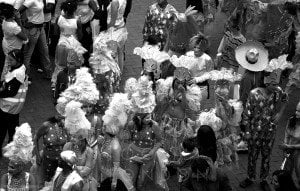 We’re approaching the finale to another successful Thames Festival and some of the participants in the night parade are making their way from the National Theatre to Waterloo Bridge to join the merry throng gathering over on the Embankment. This particular porky bunch above are part of festival stalwarts Mandinga’s ambitious presentation, which is sort of loosely inspired by Hieronymous Bosch’s Garden of Earthly Delights [very loosely, hopefully]. 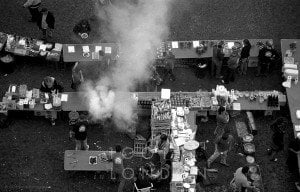 There was another opportunity to look down on people earlier on as, thanks to Thames Festival coinciding with Open House Weekend, City Hall was having one of its rare Letting The Plebs Up On The Viewing Deck days and we could see down below the effect a grey overcast day was having on Cubana’s turnover at the Gran Gran Fiesta part of the festival in Potters Field Park. 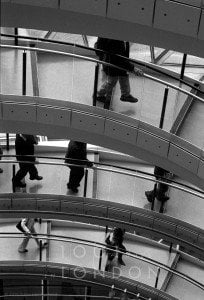 Then everyone rushed down the staircase after hearing there was a cracking exhibition of b/w photographs of London in the cafe area [can’t quite remember the name, though…] 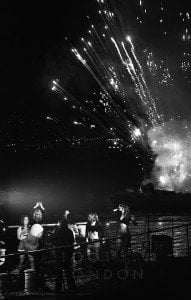 Another convenient coincidence for the Festival was the 50th Anniversary celebration of Southbank based ITV, who chipped in with the finale fireworks this year, which were broadcast live on TV, and for an added bonus had The Quo performing on a boat with what they used to call Go-go Dancers leaping about all around them. I bet you’re kicking yourself you missed that. And, sorry – I can’t bring myself to link to that song – we’ll have this instead…