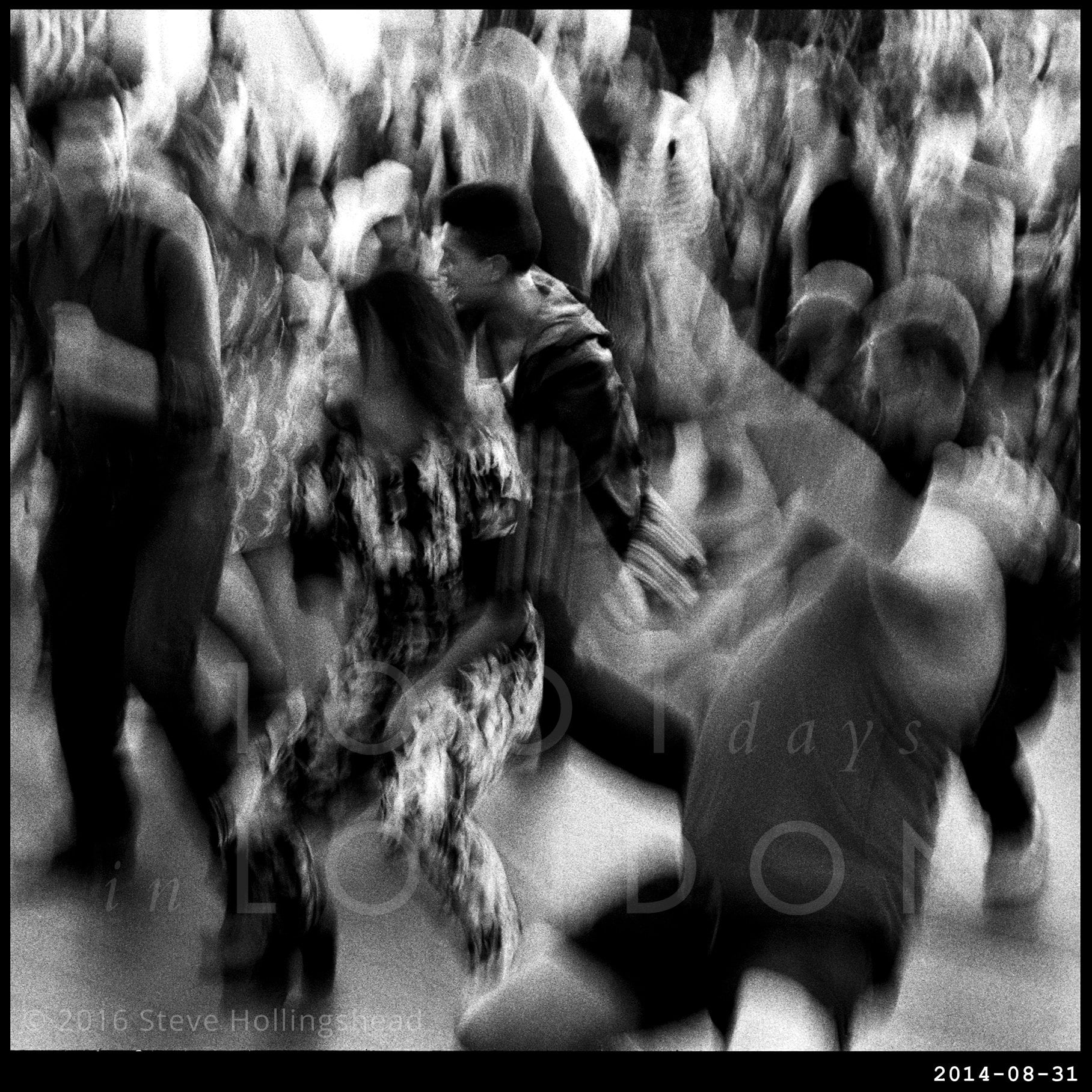 Getting married – now there’s a sensible thing to do for a couple wanting to spend at least three years together before having to divvy up the house & go their separate ways. But doing it ‘properly’ is so ridiculously expensive (especially if somebody gets cold feet at the last minute). Is there a cheap(ish) yet still glamorous option? 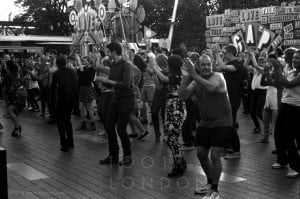 Well the Southbank Centre believes there is: seeing as it likes to spend the summer months celebrating all things ‘Love’ which not culminate with a proper matrimonial group gathering (not too big a group, mind…) – all at about a tenth of the average price.

And whilst all the nuptial stuff is going on inside at the Festival Hall, non-guests get to enjoy an afternoon of dancing out on the terrace, whether its as spectator or participant. 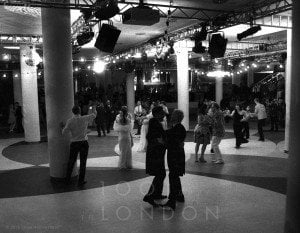 To be honest, I can’t recall the specific music that has our image subjects getting so carried away in the pic above, but I’m assuming it’s one of those contemporary line dance things that appear to be all the rage: possibly this or this, but certainly not this, which perversely has managed to maintain its presence through its vocal content (from this to this) rather than its dancing. 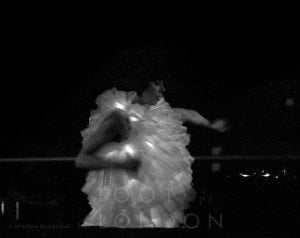 Then, later on everyone’s welcome to join in for the traditional wedding disco – where the secret Travoltas are joyously unleashed – lured to the dance floor by the irresistible (and indefatigable) Anna Greenwood and her Guilty Pleasures soundtrack.