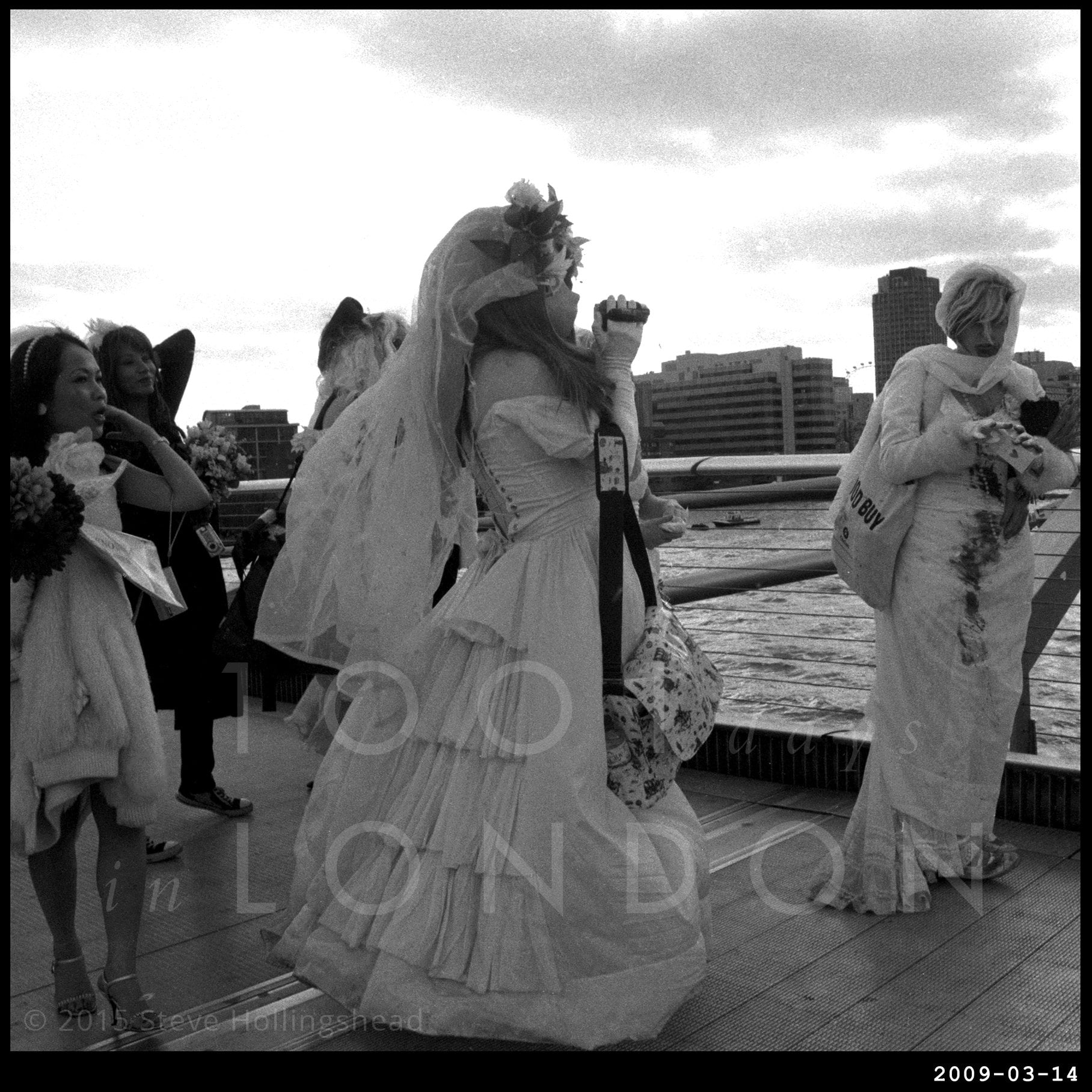 The Brides of March

Here we are on Millennium Bridge on a bright & blustery pre-Spring afternoon & my eyes are burning and streaming in the sunshine in what turned out not to be my first experience of corneal epithelial dystrophy but a bad case of blepharitis (I wouldn’t bother with these links, to be honest – unless you have a particular ocular interest, that is), which was nasty enough.

Anyway, this is London’s first Brides of March promenade: a softer, more feminine relative to December’s Santacon mayhem. However, in contrast to the ever increasing popularity of the Christmas event, the Brides parade hasn’t really taken off here, despite it being something of a major event in San Francisco (obviously) & a number of other cities since 1999. There was one in Bucharest as well, but I don’t think it had quite the same anarchic message.

The inspiration is, of course, Julius Caesar’s ‘Beware the Ides of March’ warning, and we all know what happened then. And this music absolutely catches that. Possibly. 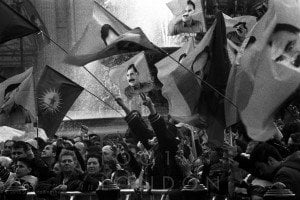 Anyway, the route for these lovely ladies takes them from St Paul’s to Tate Modern & on to Trafalgar Square where the plan is to throw their bouquets into the crowd. What they haven’t accounted for is that the square is going to be full of Kurds celebrating Newroz. As mentioned before, this is as much a political rally as a spring celebration, which makes Mayor’s Boris Johnson’s official programme ‘Welcome’ particularly awkward (as succinctly noted by Peter Marshall).