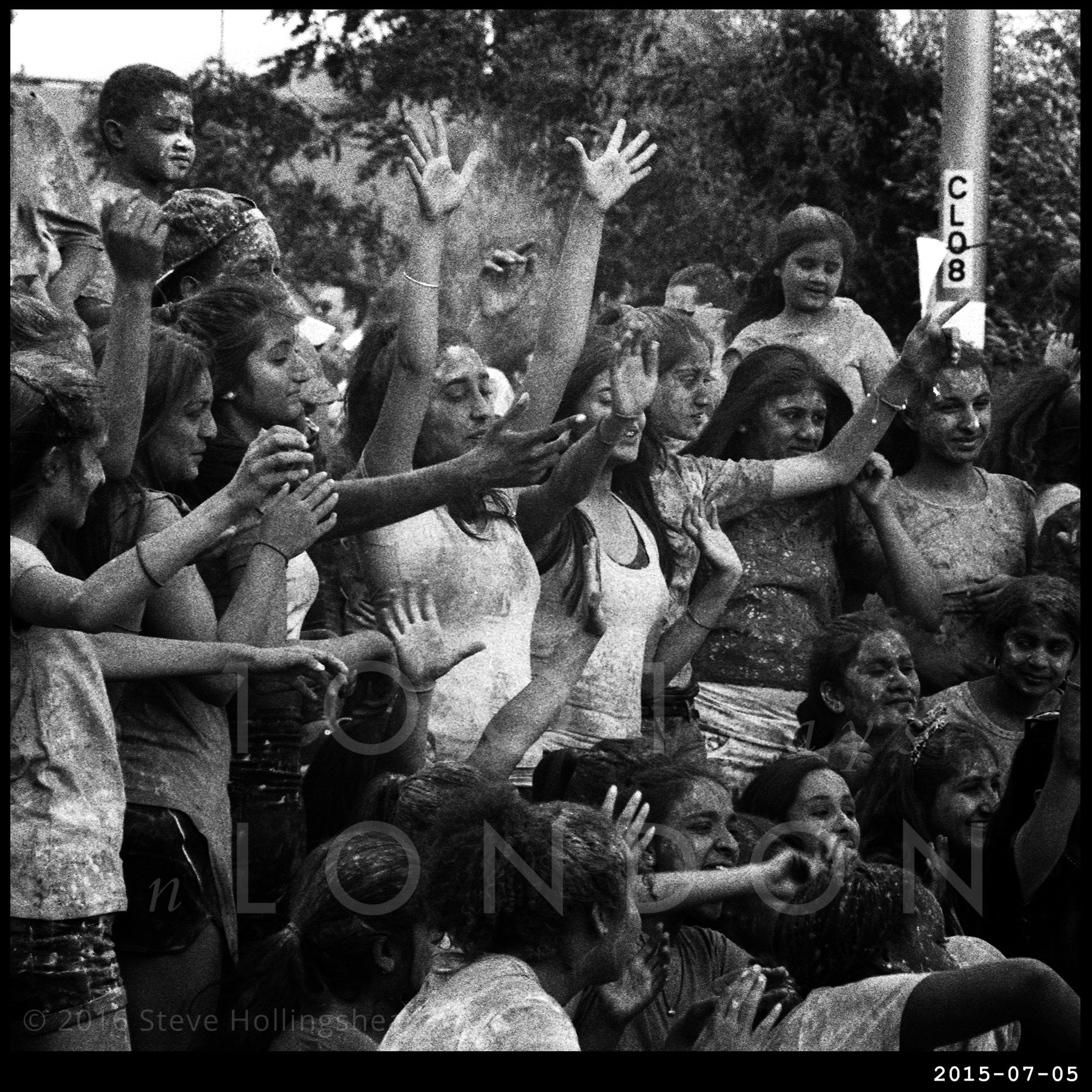 ‘The Colour of Time’

Being wise after the event here: when something is advertised as happening in the Queen Elizabeth Park in Stratford at a certain time, it’s probably not a good idea to try and squeeze in an event in the West End due to occur a mere half an hour earlier beforehand. 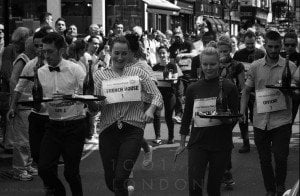 And brief and entertaining as the Soho Waiters’ race was, the idea that you’d be able to catch ‘most’ of the later event would prove to be more than a little over-optimistic. Especially considering just how far the specific area of the park is from the Stratford Jubilee Line platform. 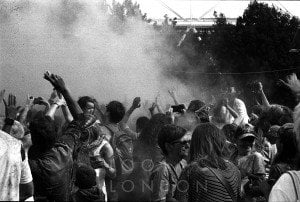 So what we’re seeing here is pretty much the aftermath of the event [we’re also seeing something that was extraordinarily colourful represented in glorious monochrome, but you’re probably used to that by now]. 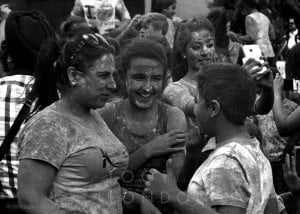 Ok, so most of the fun from this event comes directly from the Holi Festival of Colours, nevertheless the scale and ambition of the whole project – produced by French company Artonik and presented as the finale of this year’s GDIF – is awe inspiring. And how come the Spanish and French are so good at this sort of thing and we aren’t? It’s not as if their culture ministries could be any more visionary and supportive than ours, oh no.
Anyway, here‘s a tutorial if you want to learn some of the dance moves, here‘s a documentary about the show (if you can understand French) and here’s a Colour of Time song that has nothing to do with the event, though it is quite colourful.