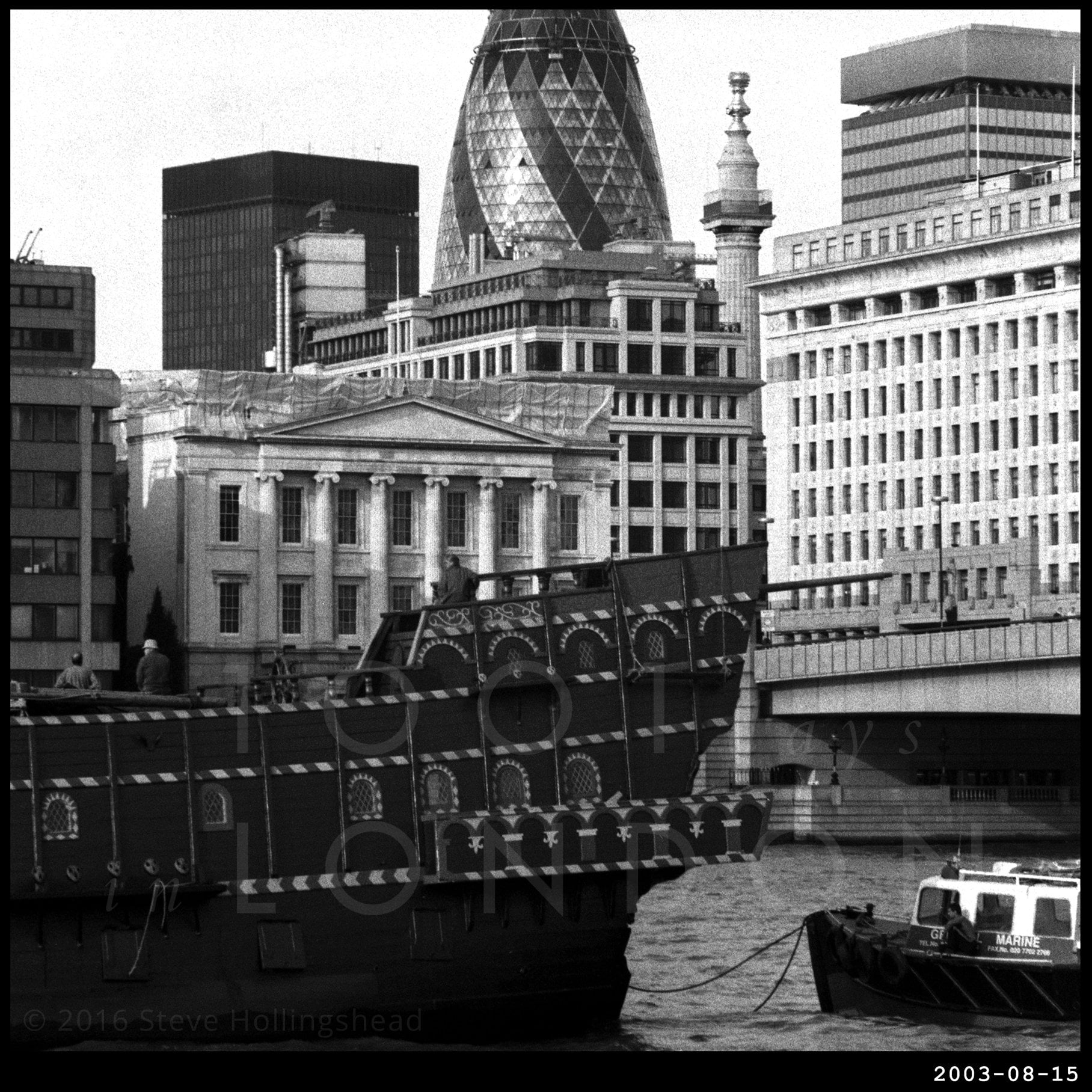 The eastern stretch of the Riverside walk from London Bridge to the South Bank contains some of London’s most popular attractions: Tate Modern, the Globe Theatre, Borough Market… but what was here before any of those (yes I know there’s been a market here for a million years, but not a gourmet foodie destination one)? Well, the Golden Hinde has been moored at St Mary Overie Dock since 1996 (apart from briefly nipping off here to go to the Southampton Boat Show in 2003), when tourists were few and far between, and mere mortals could afford to buy property here.

This replica (built in 1973), star of many a historical drama (yes, that’s John Thaw as Francis Drake), has in fact spent more time at sea than the original ever did. Now it’s used for all sorts of activities from Tudor & Pirate (of course) experiences to jazz & folk music. Not wanting to be out-done, in Brixham, Devon, they boast a replica of a replica of the Hind(e).

St Mary Overie Dock, incidentally, is named after the church that eventually evolved into Southwark Cathedral and there’s a tragic tale to read on the wall nearby. These people seem to have Francis Drake pretty well covered, and here are the wonderful City Shanty boys giving it their all.