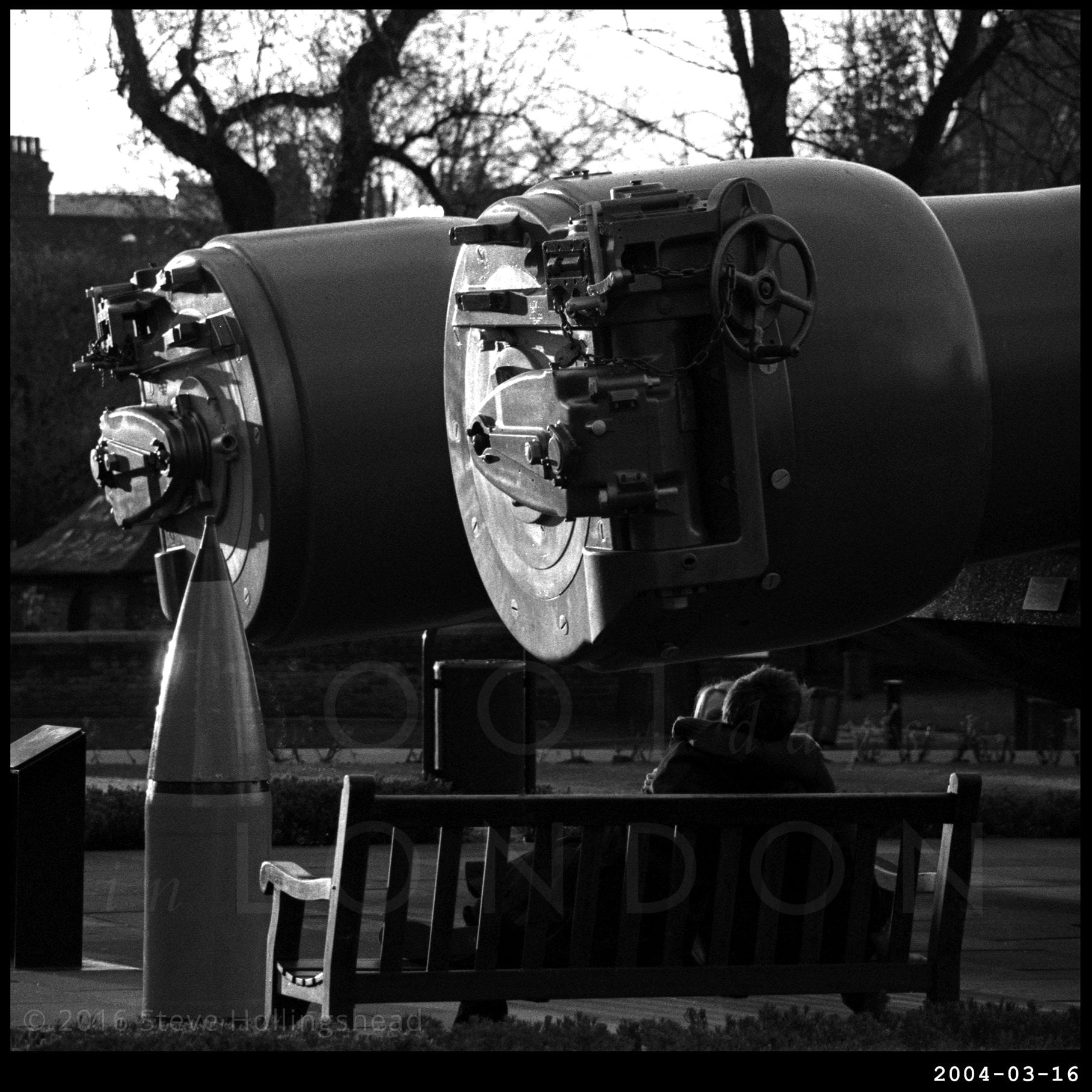 Pardon me for the unfortunate symbolism there on the left – that wasn’t planned, obviously – the point being, when you’re in the mood for love, the setting isn’t necessarily important (unless there’s something about the proximity of a 15 inch Mk I naval gun barrel that gets you going, so to speak). 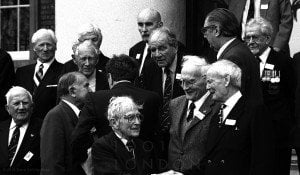 Anyway, this is all really just a sideshow to the main event here at the Imperial War Museum, where surviving veterans of the much celebrated Great Escape have assembled for a 60th anniversary reunion in front of a large gathering of press photographers.

The true story of how 76 prisoners of war managed to tunnel their way out of Stalag Luft III on 24th March 1944 is the stuff of legend, despite the fact 73 of them were soon re-captured and most were then ‘executed’. You may be aware of some cinematic drama being made about the experience. 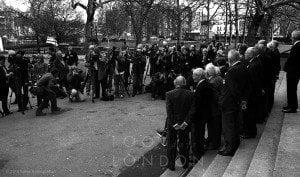 Sadly, pretty much all of the characters gathered for this reunion are now no longer with us. In 2015, 101-year-old Paul Royle passed away, leaving just one escapee, Dick Churchill (saved from execution by dint of his surname, apparently).

Anyway… that film. Because I’ve been so scarred by endless repeats on Boxing Days (and during England football matches), that we won’t link the to the obvious tune. Instead we have Patrick Watson’s take on life to see us out.