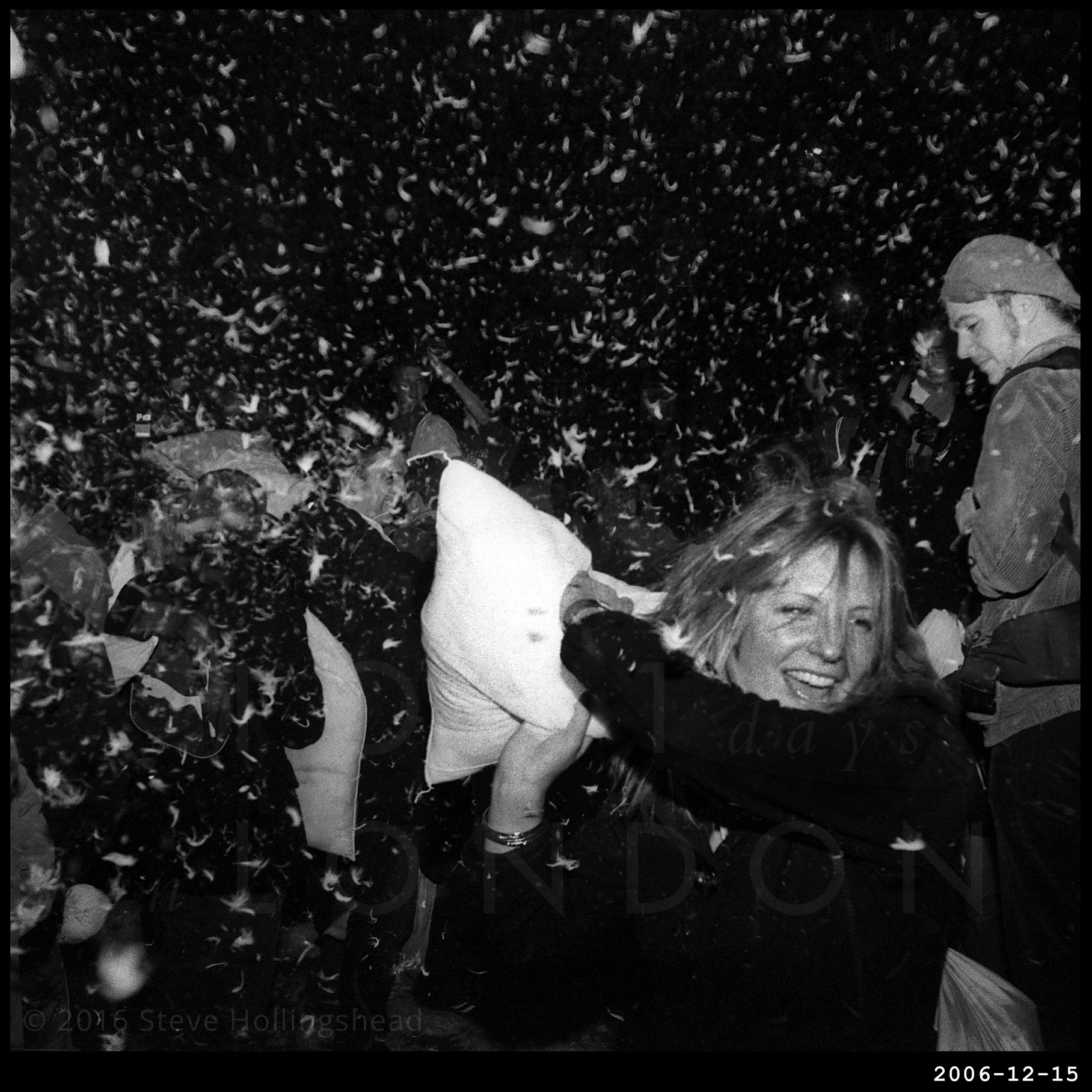 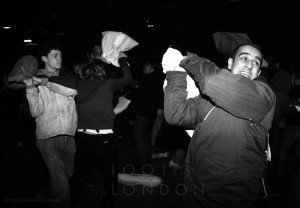 I know, it all seemed so subversive at the time: ‘so… what’s the most creative way of utilising the sudden explosion of new technology that allows everyone to instantly communicate with each other outside of the traditional means? – I know, let’s ‘spontaneously’ do something really juvenile in the middle of the City of London when everyone’s heading home’ [Sadly the technology for recording and sharing this radical act still appears to be in its infancy]. These days the whole world knows when it’s happening. 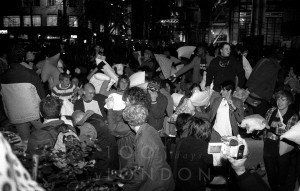 Of course pillow fights have been around, well, since there’ve been pillows, and London’s already experienced a couple of these stress-releasing flash mobs over the previous year or two, though this one has the added frisson of being a winter evening adventure [which isn’t ideal for us snappers, truth be told]. Still, the feathers give it all an appropriate seasonal look. 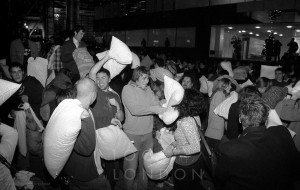 The venue for this mayhem is the ‘public’ space adjacent to the Gherkin – or ‘le suppositoire’ as the French call it [I’ve been unreliably informed] – the modern monument to mammon that everyone else seems to be very fond of (not that you’ll be able to see it for much longer) which may never have happened if the IRA hadn’t taken their grievances to the heart of London’s financial district back in the 90’s. 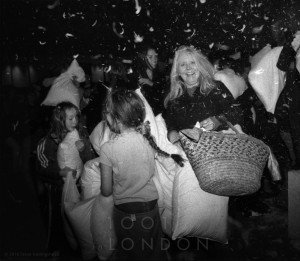 So… as we’re celebrating some form of madness here [the pillow fighting, not the bombing I hasten to add], this seems highly appropriate.