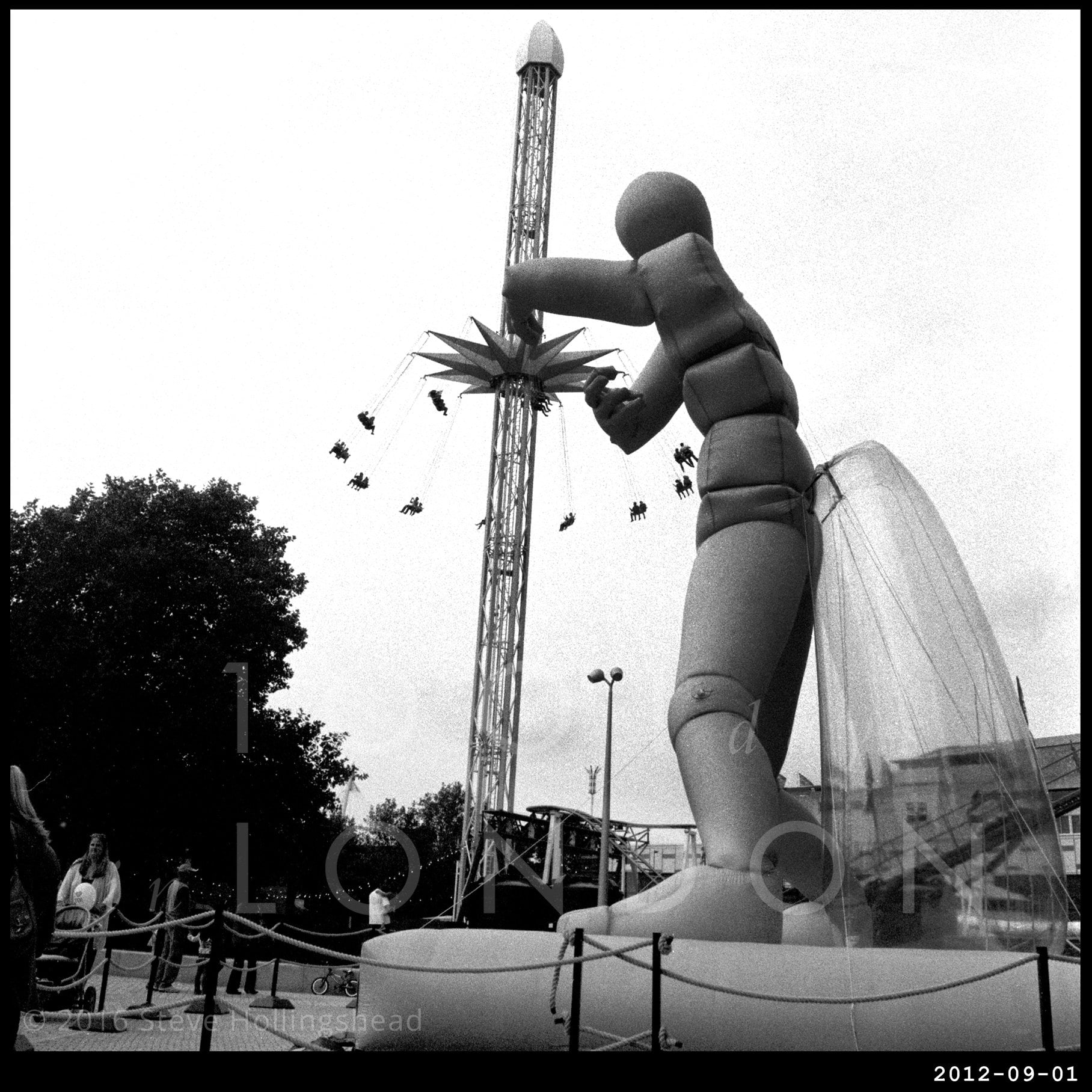 Huge apologies here for a somewhat frivolous representation of what is in reality a serious and important piece of work. In my defence, if you come across a juxtaposition like this, you’re hardly going to turn it down, are you? 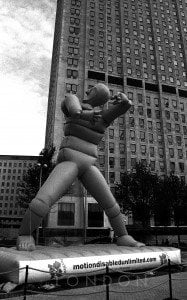 ‘The Last Thalidomide’ is a huge inflatable sculpture installed in the South Bank’s Jubilee Gardens during the London 2012 Paralympics. Part of a touring exhibition – Motion Disabled: Unlimited – the sculpture is actually a 3D rendering of a still taken from an extraordinary animation created by artist Simon Mckeown exploring the movement of disabled athletes (in this case a kick-boxer).

The title, for those who aren’t aware, refers to the victims of an appalling drug scandal in the late 1950s that quite probably wouldn’t have come to light if it hadn’t been for the indefatigable work of then Sunday Times editor (before it became Murdochified) Harold Evans and his team – beautifully chronicled in Jacqui & David Morris’ award winning documentary Attacking the Devil.

Possibly the most familiar ‘face’ of thalidomide is actor Mat Fraser, who famously played drums at the opening and closing ceremonies of the London 2012 Paralympics. 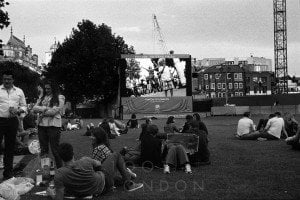 Meanwhile at the other end of the riverside walk, the Paralympics are being shown on a giant screen in Potters Field Park – except at this particular moment, the screen’s presenting a whole load of black & white images of London, which, as you can tell, are proving to be hugely popular with the assembled masses.