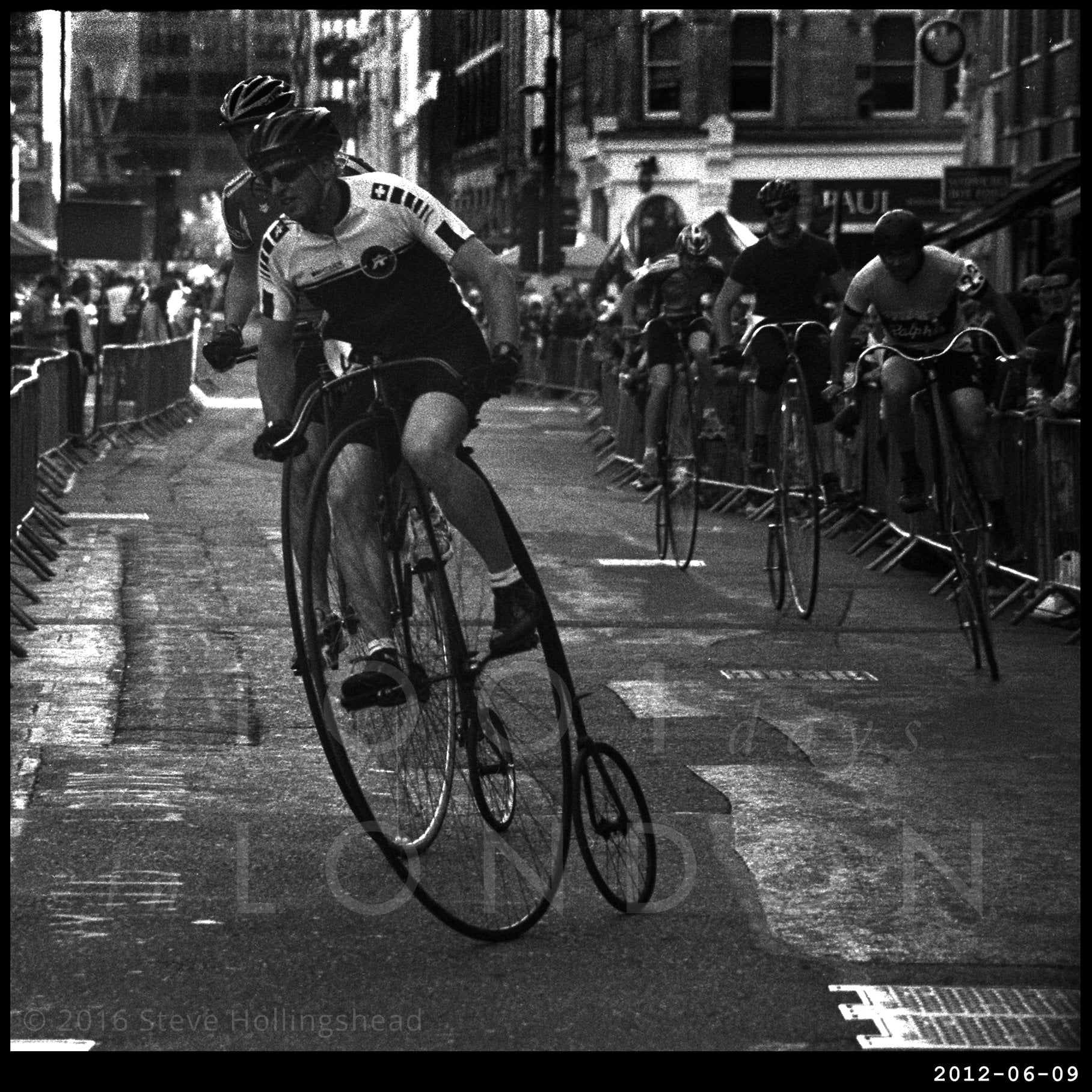 Smithfield Market, as most people are aware, is a historic wholesale meat market that operates on weekdays from ridiculous o’clock until breakfast time, and thus for a large chunk of the day this compact little area with quite wide boulevards is seriously underused (unless you’re of the eating, drinking and clubbing fraternity, which I’m sure none of you are). So why not utilize the area for one evening a year to facilitate the burgeoning enthusiasm for cycling and turn it into a temporary race track.

And so, in 2007 the Smithfield Nocturne was born, showcasing five competitions (including a folding bike race), and despite torrential rain the event attracted thousand of spectators cheering on over 200 competitors. It hasn’t looked back since. 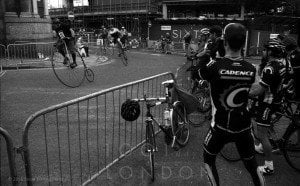 By 2012 the event was attracting some of the world’s top cyclists and much larger crowds. Additional competitions had been added, including a Penny Farthing Race. Now, you could be forgiven for being slightly disappointed that the participants in this particular event didn’t turn up in full Victorian costume, but these gloriously ungainly machines are going through something of a revival and racing on them is taken very seriously indeed. Joff Summerfield not only makes them, but also travels around the world on one. And falling off is something you just have to get used to.

Anyway, here’s the full race from a competitor’s point of view, here’s some footage demonstrating racing these things is nothing new, here’s where you can get hold of your own, and here’s a bit of music.