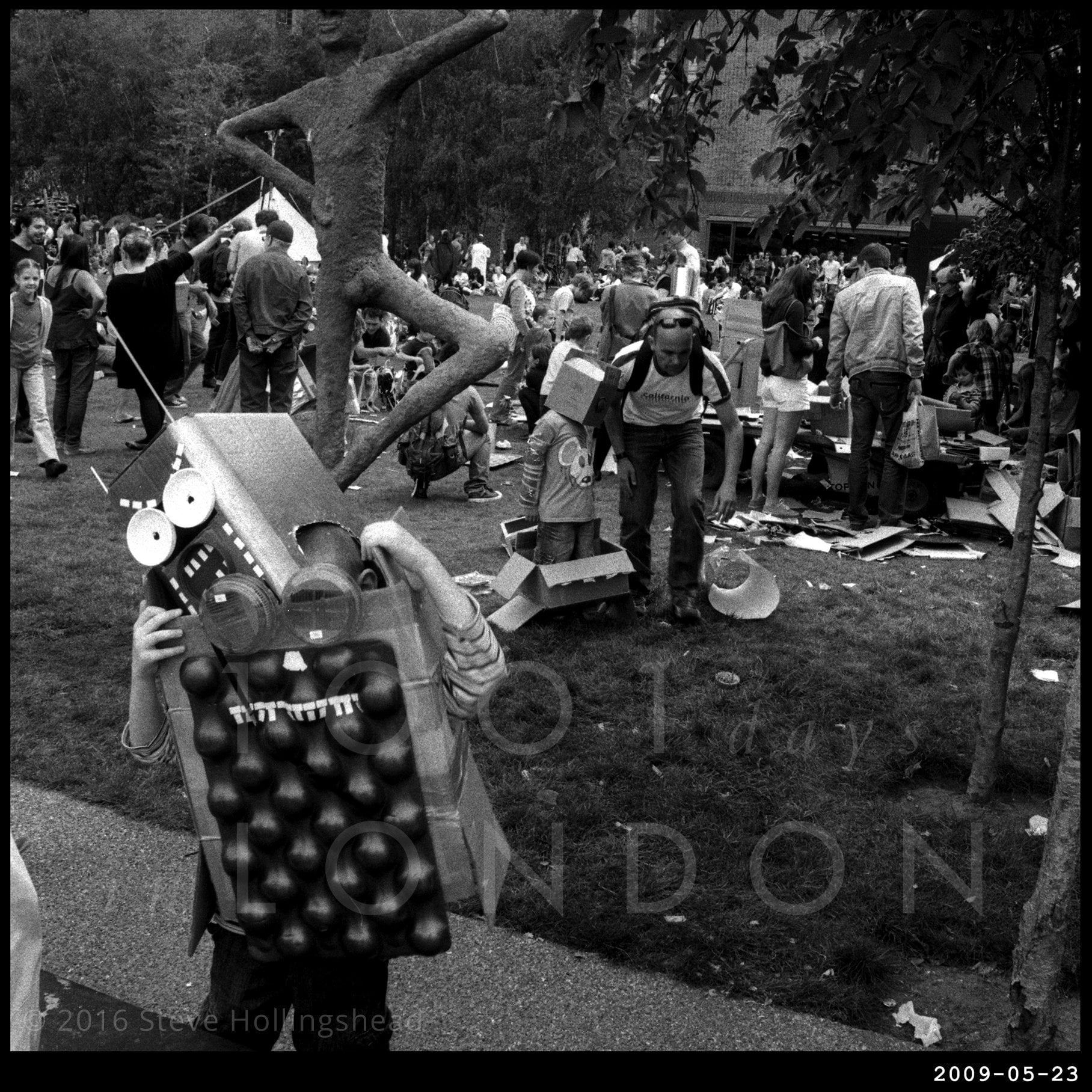 ‘Ah yes,’ you’re probably thinking, ‘severe cutbacks at the BBC has resulted in the kind of low budget aliens we somehow managed to be scared of back in the old days’, but you’ll be wrong (at the moment, anyway), for this is hands-on family creativity at its best, and what’s more it’s all carried out under the benevolent artistic gaze of Tate Modern.

For here we are on Spring Bank Holiday & Tate has given over its front garden for The (UBS Openings) Long Weekend, an activity packed 4 days hosted by the highly creative House of Fairy Tales and friends. Meanwhile, inside the Turbine Hall, the gallery recreated Robert Morris’ 1971 interactive piece ‘Bodyspacemotionthings’ (ie grown-ups being able to indulge in playground-type things because it’s Art). There was also a major focus on Arte Povera, part of which involved rolling a giant ball made out of newspapers up & down the riverside; and a Maypole dance performed by members of the English Folk Dance and Song Society dressed as cardboard robots. Obviously. 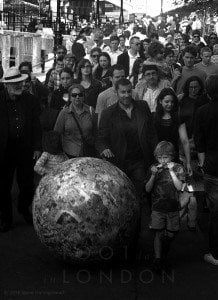 Anyway, the cardboard robot activity may well have had some connection to the not-remotely-bonkers Box-bot nights at the legendary Bethnal Green Working Men’s Club – especially considering a lot of the bands performing over the weekend were regulars at the cub as well, including the equally legendary acts Sundae Kups and Severed Limb.