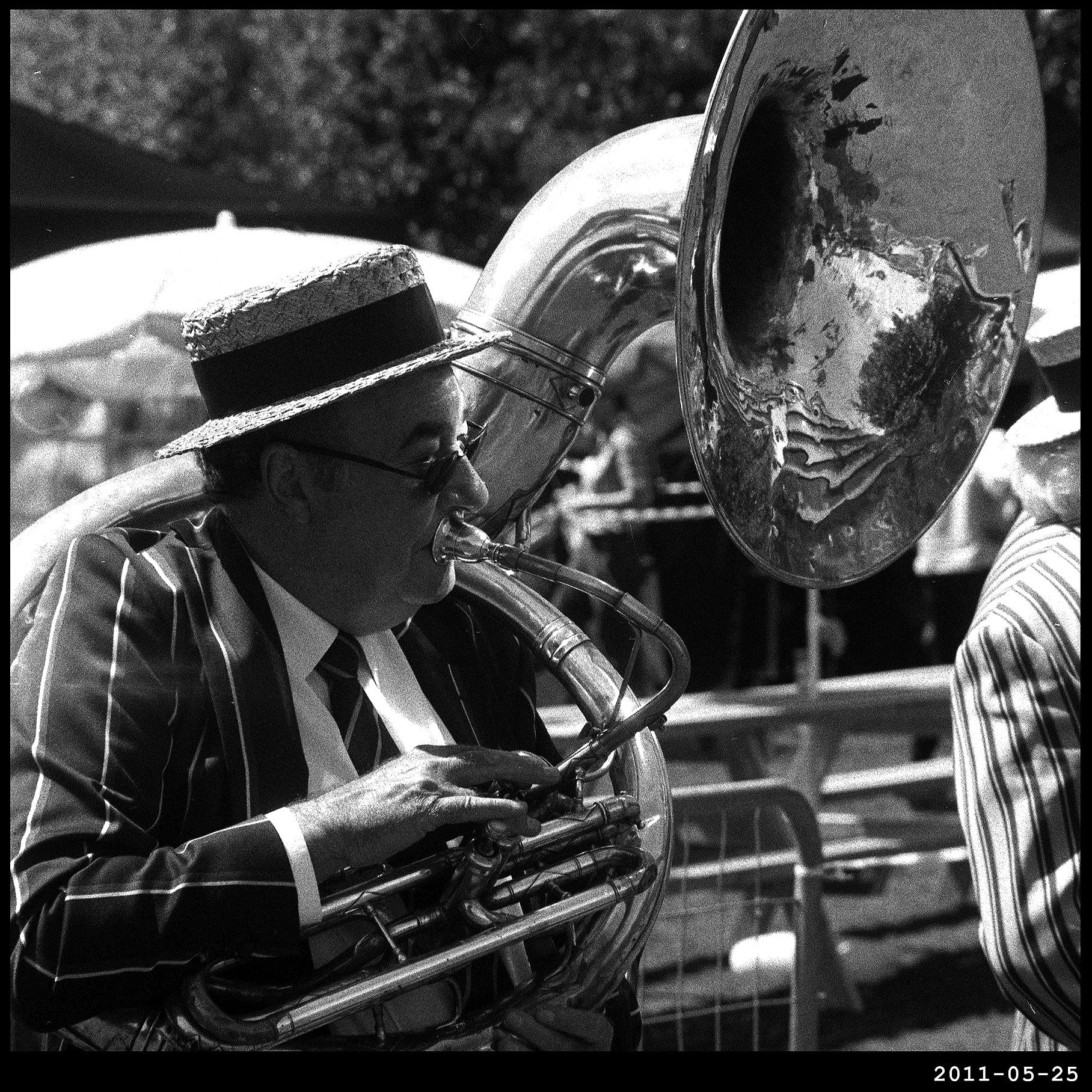 When there’s a world record attempt and a free lunch being offered (and the sun’s shining) – well, what’s not to like? Ok, so the world record in question isn’t quite as visually enticing as some others we’ve come across, or other goings on at Potters Field Park in general… But, hey: free lunch. 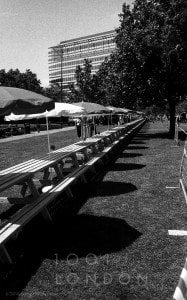 A bit strange, the timing of this, as it was actually a sort-of promotional piece for the Big Lunch, which wasn’t due to happen for a few more weeks yet.

And if anyone is wondering why the Guinness World Record attempt isn’t for ‘biggest lunch’ rather than for ‘longest picnic table’, well the competition’s a bit stiffer for that accolade. 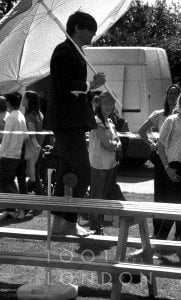 Anyway, we had Chipping Norton’s finest cheese-making bassist to add a bit of sparkle, some underused jazz musicians and a Mad Hatter & March Hare for the kids (so is this a lunch, a picnic or a tea party then?) – and an impressively long picnic bench. Even the Mayor dragged himself from his office next door for a sarnie (you won’t be surprised to discover is wasn’t a lavish lunch/picnic).

So, the table was measured, a world record was set, and it lasted for all of four weeks. And that one’s since been beaten by another long table in Durham, which has probably been beaten again, for all I know. 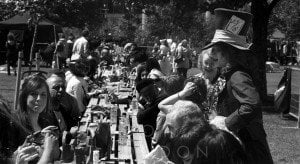 And this bunch are from Estonia, in case you were wondering.