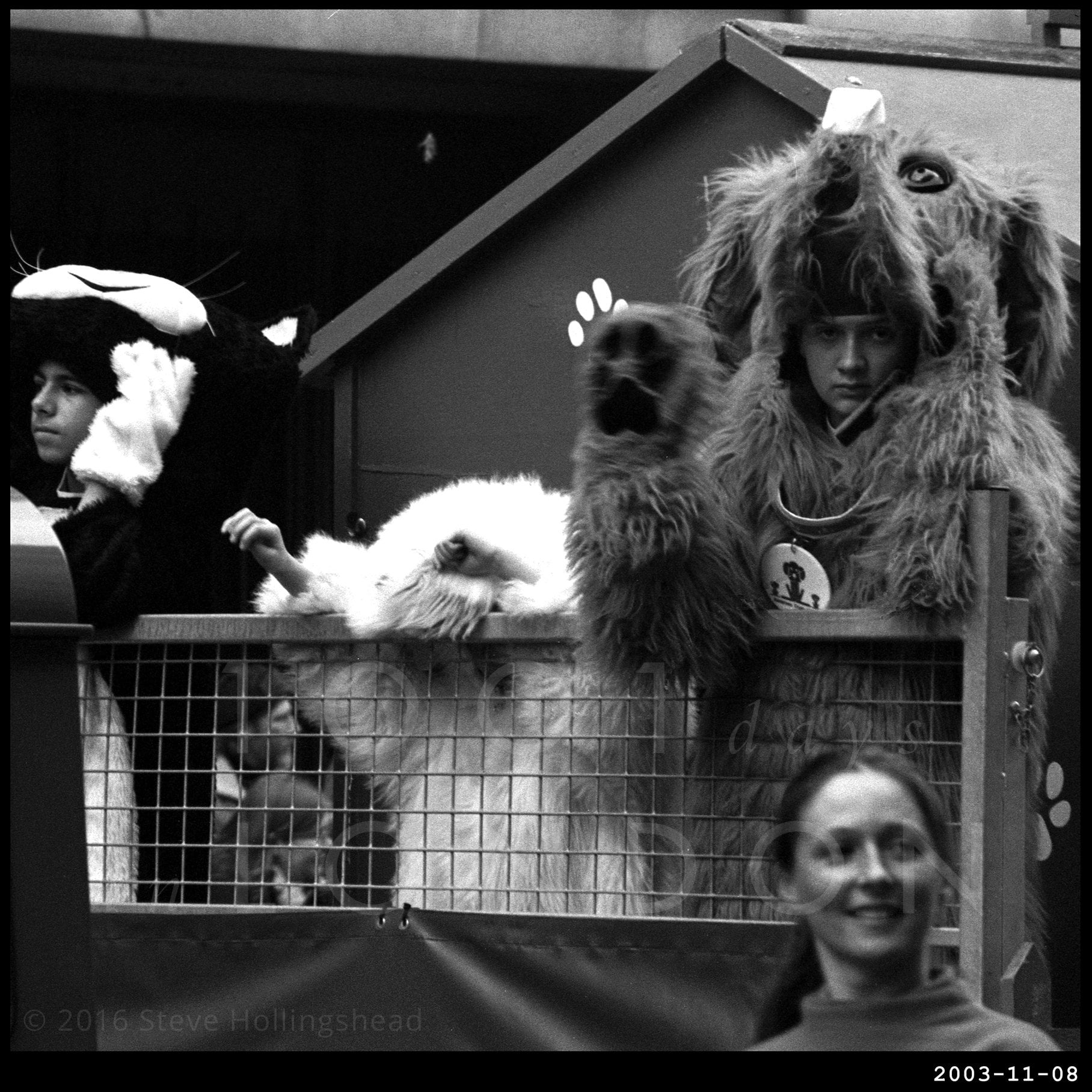 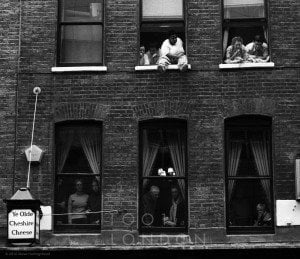 Here we present another in the small but developing series of images ‘Children really love dressing up, don’t they?’ This enthusiastically engaged young group are here to bring a little joy on behalf of Battersea Dogs Home (I imagine you might have guessed that) to the crowds out in their thousands for this year’s Lord Mayor’s Show. The good news for them is that at least it’s not raining, the bad news is that they’re not even halfway through the route at this point as they pass one of London’s most celebrated old drinking dens. 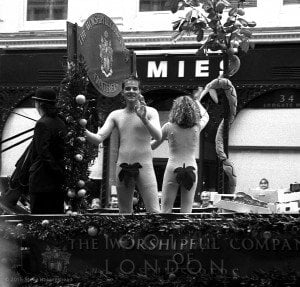 This year’s parade (the traumas of organising which are recorded here) presents to the capital its 676th Lord Mayor, which according to reports attracted record crowds for the event. The first honoured possessor of the title, Henry Fitz Ailwin de Londonestone, didn’t enjoy quite the same fanfare, but then again London’s population was only about 20,000 at the time. Still, at least he got to keep the job for a few years. [Sadly, Alderman Finch died of pneumonia early in 2016] 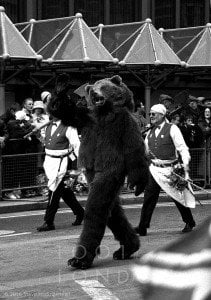 As usual, the carnival has an impressive smattering of the surreal thrown into the mixture of civic pride, city benevolence, carnival colour and, er, military might – although nothing quite as bonkers as 1978’s walking corks – and who knew Environmental Cleaning could be so much fun? This year also boasted a Dutch orchestra on bikes, which would definitely liven up the cycle superhighway during those lengthy quiet patches between rush hours. 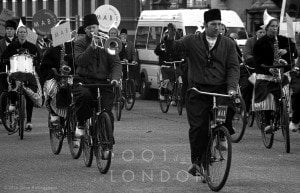