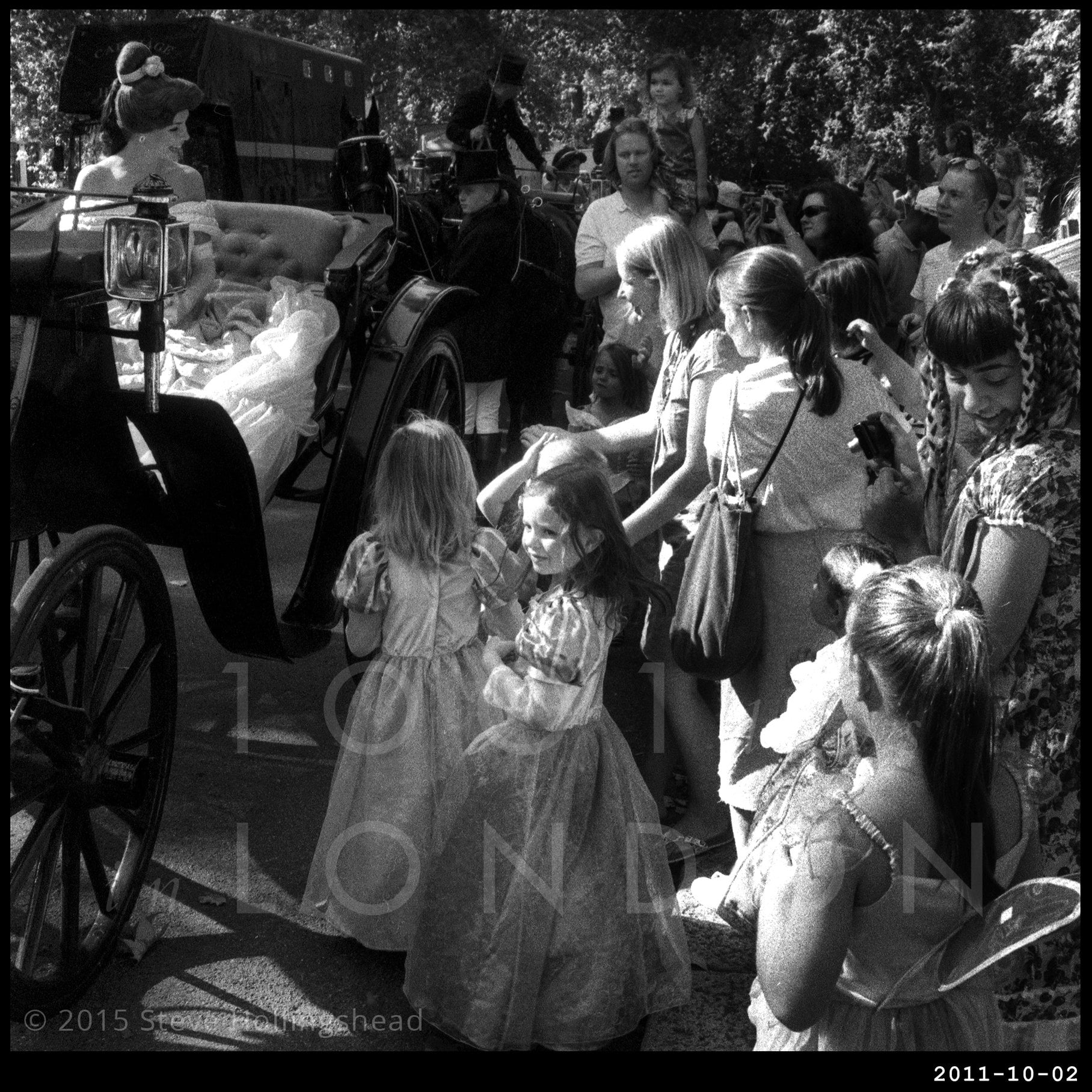 Not feeling enormously at ease here: we’re in Kensington Gardens around the time of the release of Disney Studio’s Tangled, (very loosely) based on the Brothers Grimm fairy tale Rapunzel. It turns out this Rapunzel is Disney’s tenth Princess & what better way to celebrate the fact than to gather all ten of them and parade them around the park most associated with the most famous Princess not (yet) given the Disney treatment. There doesn’t appear to be a vast number of adult males here unaccompanied by excitable small children, many of which are wearing their best princess outfits for the occasion. 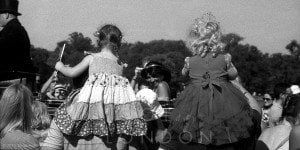 True to their word, they’re all here, some more familiar than others, each in their own horse-drawn carriage, and I’m feeling only slightly nauseous at the overwhelming saccharinity of it all. Incidentally, given the recent rise in the phenomenon of Cos-Play, isn’t it apt that ‘Rapunzel’ is actually the name of a lettuce? Sorry. 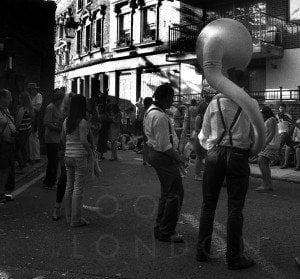 Anyway… its onwards to the next, much more relevant event, which is the 75th anniversary of the Battle of Cable Street. Except within minutes of arriving the batteries in the camera die, and, blessed as the area is with a myriad of independent shops, none of them are able to supply me with the Lithium nuggets required. Which is a bit of a bugger, but it at least gives me an excuse for some very non-Disney music.