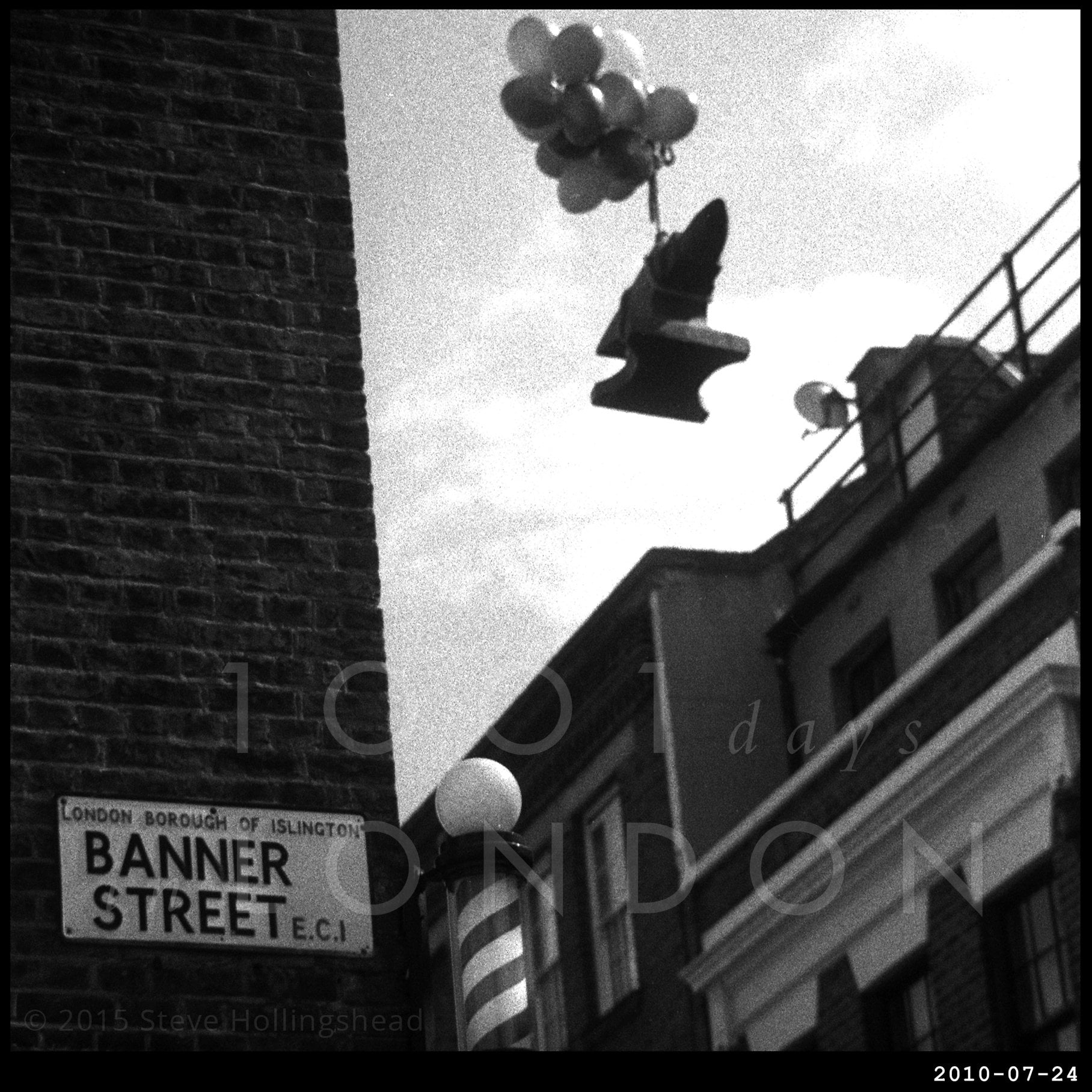 Nestled between the post-war cultural monolith that is the Barbican and one of Mr Peabody’s finest estates sits what used to be a typical bog-standard London Market: Whitecross Street – for bags, shoes, linen; fruit & veg, some electrical goods: nothing especially glamorous, indeed in Victorian times it had earned the moniker the Squalors Market, not that that put the locals off, of course.

The street food revolution of the past few years, however, along with not insignificant regeneration funding, has breathed new life into the place, luring a number of creatives and artists in its wake (or the other way round, possibly). 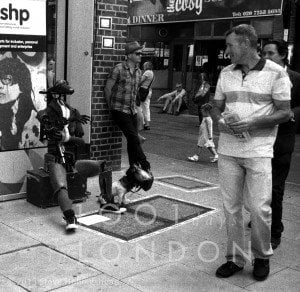 So it’s almost a given that eventually these elements would combine into a public celebration of this new mood of creative self-confidence. And thus the first party ‘The Rise of the Non-Comformists’ took to the street in 2010, curated by artist Teddy Baden it was, unsurprisingly, a great success. And long may it continue to be so.

Incidentally, because of inappropriate misuse by certain irresponsible individuals, the ‘super-strength’ helium used in these balloons has since been declared too dangerous for public usage and has been banned. That’s what I’ was told, anyway.

For more in-depth stuff about the market & the area, you might want to check out this and this.

And for music? Well, there isn’t too much out there that doesn’t make your ears bleed. So instead I give you Steve Martin and a card trick.