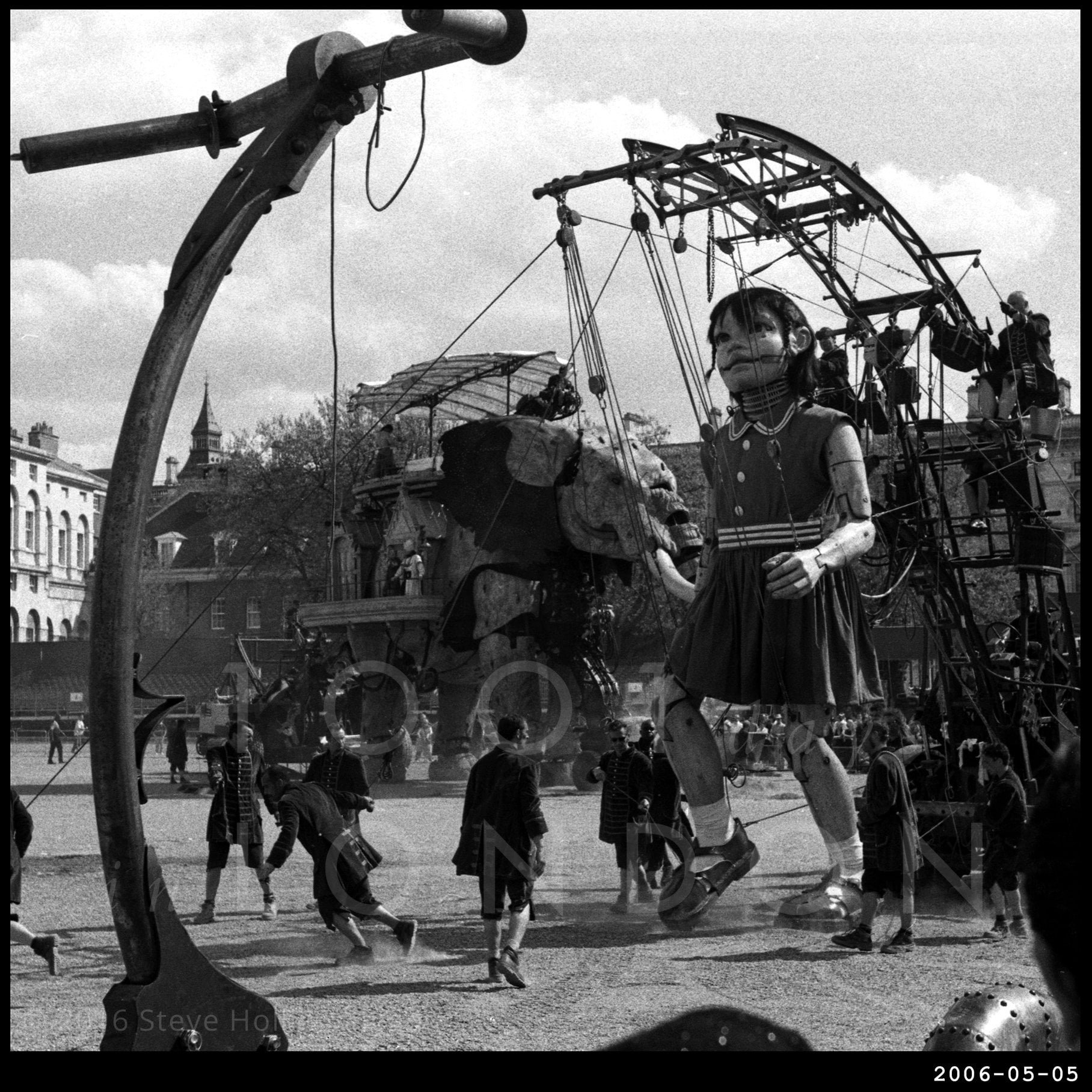 Probably the biggest single free artistic event to take place in the capital since the turn of the Millennium and a huge majority of Londoners still managed to miss it. If only they’d had social media to spread the news… then probably few of us would have managed to get anywhere near the action, I imagine. 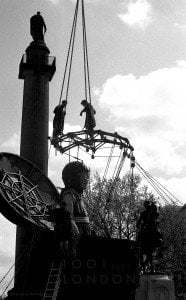 So, the morning after a strange looking object is discovered half-buried in the ground at Waterloo Place, a large crane opens the top and a giant ‘little’ girl is carefully lifted out. Then, with the help of some smartly liveried and very energetic assistants, she sets off for a walk down the street towards the Mall. Meanwhile, in Horseguards Parade, a giant mechanical elephant stirs. 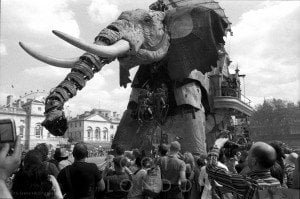 Brainchild of Jean-Luc Courcoult and his company Royal de Luxe and organised by epic event specialists Artichoke, the Sultans Elephant took over the centre of London for the whole bank holiday weekend. Together and individually the giant elephant and the girl journeyed through some of the West End’s most familiar streets, accompanied by an entourage of performers and musicians, and despite nobody understanding what it was all supposed to mean, everybody was charmed. Well, almost everybody. 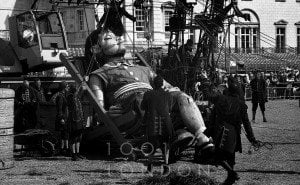 You can hear plenty of examples of the music being played during these promenades on some of the many uploaded videos, though I’m not sure they ever got around to playing this.